A photograph of dancehall deejay Tommy Lee Sparta posing in jail has surfaced online, showing the artiste looking in good health and spirits.

The picture that is presumed to be taken of his jail cell shows the artiste shirtless and barefoot as he throws up the Sparta hand sign while wearing a bandana repurposed as a mask. A man who is fully clothed in black and wearing a jacket can be seen posing alongside the artiste.

There are also what appears to be water bottles and food containers and what looks like concrete slabs made into the style of bunk beds in the photo. If this isn’t any indication that you should stay out of prison, then nothing else will motivate you. The artiste, whose real name is Leroy Russell, was sentenced to three years imprisonment for illegal possession of firearm and two years for illegal possession of ammunition. He had pleaded guilty to the charges. 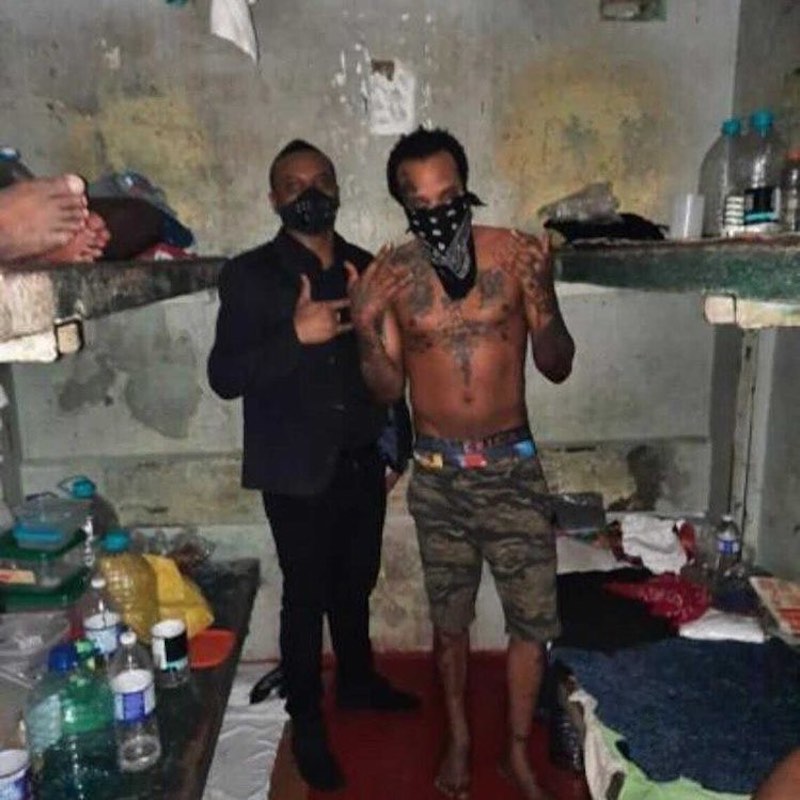 While he is in prison, the police also laid charges for murder after ballistics evidence from the gun case linked positively to shell casings used in two murders. However, his Attorney-At-Law Donahue Martin speaking on behalf of his client, says that his client is not guilty of any murder charges last week.

“Whatever happened to that firearm before it came in our possession, we can’t speak to it; apart from saying that we deny any allegation of wrongdoing. We certainly were not involved in any act of murder or shooting,” Martin said at the time.