NLE Choppa says he was set up by police officers when he was arrested on Sunday last (March 28).

The Memphis rapper, whose real name is Bryson Potts, was arrested in Florida and charged with burglary, possession of a firearm without a permit, possession of Xanax, and possession of marijuana under 20 grams. NLE Choppa, however, is disputing the Police charges as he says it was all a setup and that the drugs were planted on him.

“During this arrest I was setup, substances were planted on me that I don’t consume/use/own, my name was lied upon, and I was mistreated in the process,” he said on Thursday on his official Instagram account. “This case will be beat and I will walk away a free man, remember it’s innocent until proven guilty not guilty until proven innocent.”

Choppa also said he felt he was a target because of the person he was. “to begin when you start changing lives around you and began to stand for something deep in your purpose, you become a target to a certain group of people and also the devil.” 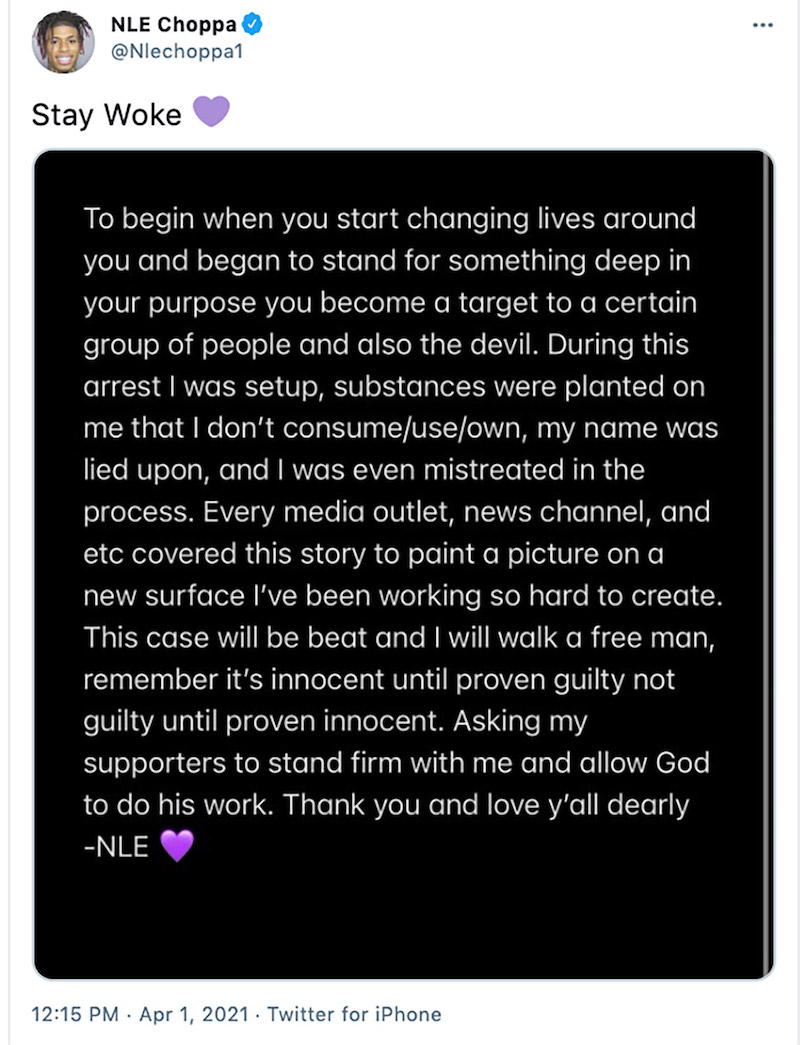 The police allegations are that NLE Choppa and another man were captured on surveillance video wearing ski masks and jumping over a gate at the Superior Towing Company tow yard around 2. Am. The police say Choppa told them that he jumped the fence to get a watch from a car in the lot. The car was towed earlier in the day; however, at the time of the men jumping the fence, the car was not there.

Meanwhile, NLE Choppa announced that he was selling merchandise printed with a photo of his mugshot. The items, which include “Choppa Free” hoodies and tees, were dropped along with a video for a new single, which shows footage of him walking out of jail.