Kanye West is reportedly now worth over $6 billion, making him the single wealthiest black man in America.

A new report by Bloomberg examined the finances and business deals of Kanye West, and the rapper-turned-business mogul is raking in billions. A private document that the publication obtained revealed that UBS Group AG valued Ye’s successful footwear and apparel business with Adidas AG and, more recently, Gap Inc. at somewhere between $3.2 billion and $4.7 billion.

Kanye West signed a 10-year deal with Gap in June, and according to the projections, the bank estimates that the partnership will be worth up to $970 million. Gap, which has been closing stores, is hoping to throw a Hail Mary by teaming up with Kanye West, whose Yeezy brand has thrived throughout the pandemic against all odds. The longstanding brand hopes to establish a stronger foothold with younger shoppers with the Yeezy Gap outfit, which is slated to arrive this summer. The line will include clothes for men, women, and kids and exclude footwear as Yeezy’s agreement with Adidas will obtain until 2026.

According to the confidential financial document, Gap expects the Yeezy line to exceed sales of $1 billion by 2023 and is looking forward to the brand becoming a steady billion-dollar-revenue empire within eight years. In its first year alone, the line is projected to rake in over $150 million in sales in 2022. Yeezy netted $191 million in royalties last year after sneaker sales reportedly rebounded through the holiday season, and the namesake brand surged up 31% and generated almost $1.7 billion in sales. West will also earn royalties on sales with his new Gap Yeezy line in accordance with his agreement with the brand, and according to a securities filing, the rate will increase as the business grows, with the highest tier being $700 million. 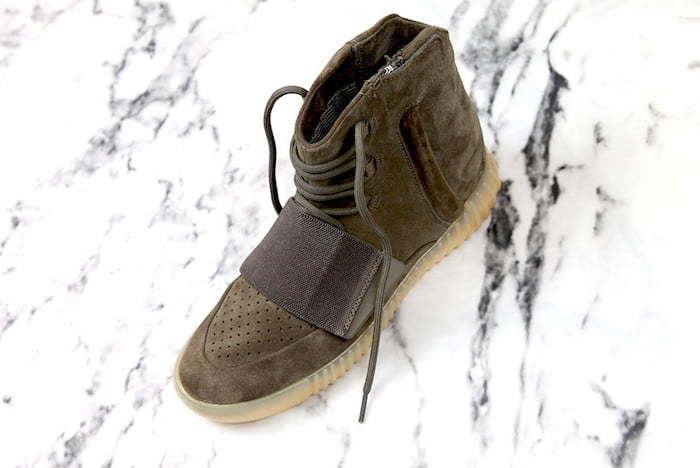 Gap’s CEO, Sonia Sygnal, revealed that she spoke with Kanye this month and assured him that he is “very, very focused” on the new venture that is set to launch by July. “The entire Gap team are heads down and believe this to be a very big potential for us,” Sygnal said in a statement earlier this month. Thanks to their decision to partner with Kanye West, Gap shares have gone increased to the most we’ve seen in over 40 years.

West retains sole ownership and creative control of Yeezy, which makes the brand responsible for the largest portion of his net worth. The brand was the first asset to catapult West into billionaire status after its constant sell-out success since its inception. In addition to that, records show that Kanye reserves another $122 million in cash and stock, a music catalog worth $110.5 million, and over $1.7 billion in other assets. A major investment in his estranged wife Kim Kardashian’s Skims shapewear brand reportedly accounts for a large chunk of that figure. Kanye’s overall financial portfolio reportedly makes him worth $6.6 billion in total.

This marks a colossal increase from West’s previously reported net worth by Forbes last year. In April 2020, the financial publication reported that Kanye is worth $1.3 billion, which he sought to have amended. The rapper reportedly told Forbes, “It’s not a billion. It’s $3.3 billion since no one at Forbes knows how to count.” The latest analysis means the rapper with a tied record for the most Grammys for a hip-hop artist (22 awards) is now wealthier than other famous black billionaires like Jay-Z and Oprah Winfrey, making him the single richest African American in the United States of America.