YBN Almighty Jay has dropped a bombshell as to why the promising YBN group broke up, and he has made a number of serious allegations against their former manager, who he says is responsible for the group splitting. Cord

On Wednesday, YBN Almighty Jay accused ex-manager James McMillan of shady dealings and doing things behind the group’s back. “This n****a James McMillan is a fraud. He sign n***as to janky deals and f*** em over. Nobody know nothing about the sh*t we go through on a daily basis being signed to this n**a ‘cause we cover for this n****as ass. I’m done with this sh*t,” he said in an Instagram post.

The post was liked by YBN co- members YBN Cordae and YBN Nahmir. Jay also posted on his Instagram stories where he accused McMillan of “trademarking the YBN name behind n****as backs.”

He also says McMillan interfered with his free will to sign contracts when he “assigned me a lawyer he used to be engaged to without telling me. SMH. Took advantage of some kids bro,” he said.

Another story concluded that “if y’all really wanna know why YBN broke up.”

The manager has not commented on the accusations since Jay made the claims. According to news information, McMillan, who was previously charged with a felony drug offense, is also an Attorney-at-Law who has a reputation for being an entertainment and sports attorney in New York.

It also appears that he stayed on as the manager of YBN Cordae, who went on to secure a number of Grammy Nominations as a solo artist. Cardae, who has since dropped the YBN from his name, also seem to co-sign what Almighty Jay said. 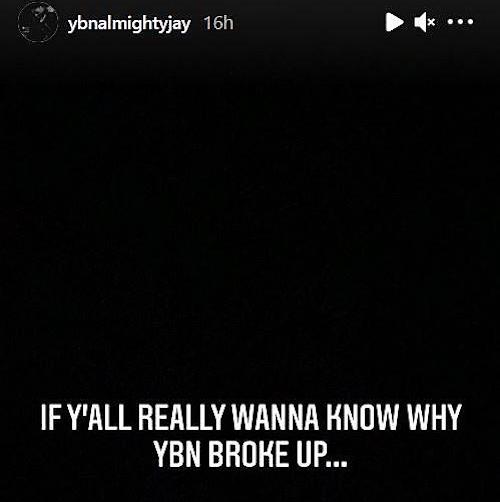 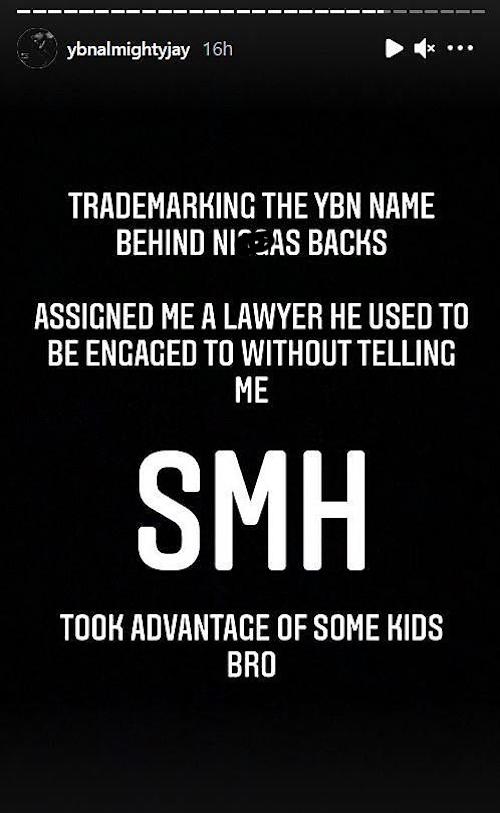