Shenseea exposed her kitty on the Gram while seemingly shading Spice is what dancehall fans are talking about this weekend.

Social media users have been speculating for weeks now about a possible feud brewing between Shenseea and Spice. These speculations first began following a social media post by Spice after she was acknowledged by fellow dancehall artiste Jada Kingdom. Jada lauded Spice as a mentor and gave her credit for paving the way for females in the dancehall industry.

In response, Spice thanked Jada and stated that it was the first time she was being tagged in a post by another female artiste in the business saying that they learned from her. Of course, social media users were quick to point out that Shenseea has in the past also acknowledged Spice for her work ethics and dedication to the music industry. All this did not go down well with ShenYeng, and since then, both artists have even reportedly unfollowed each other on social media. 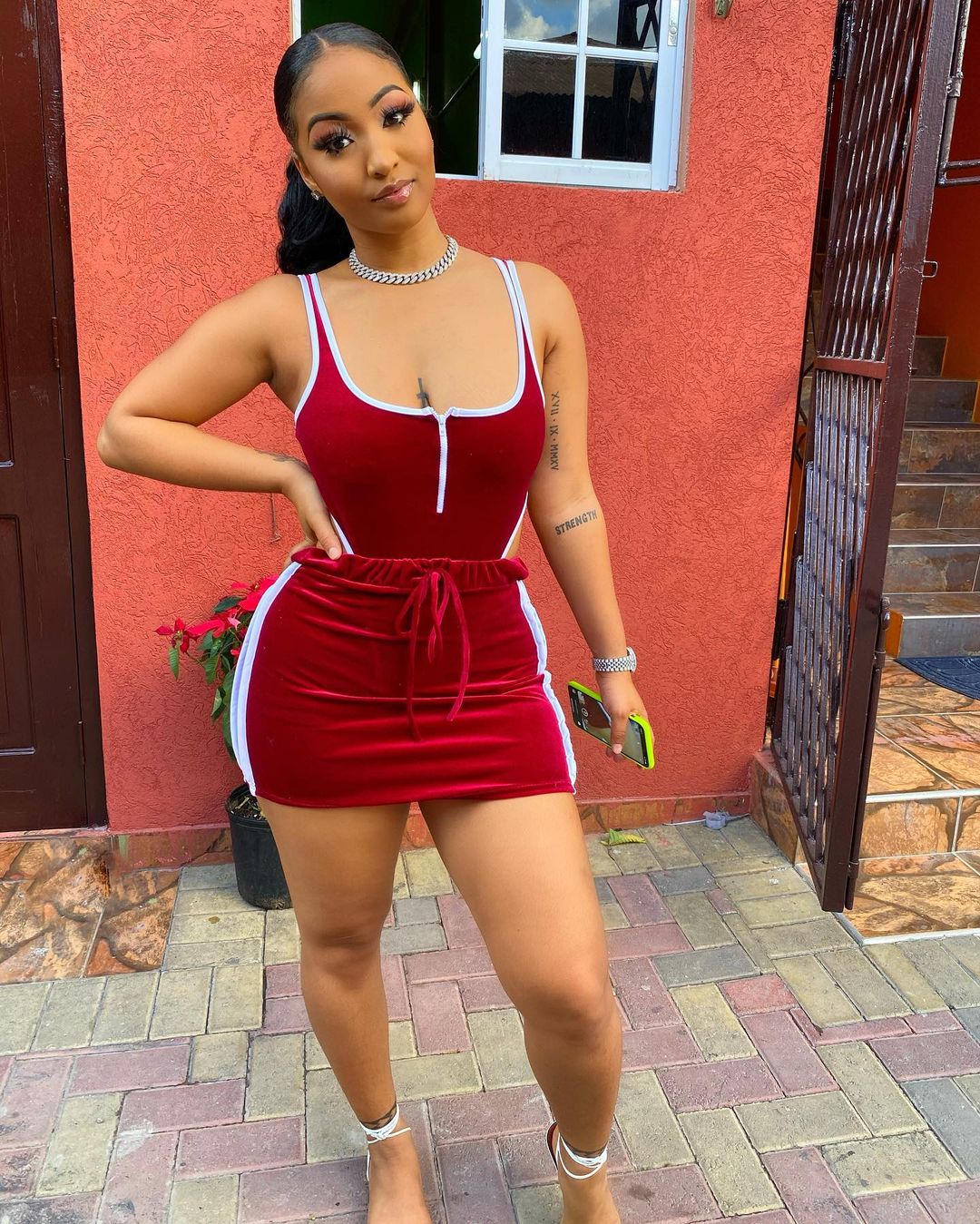 If the above did not confirm some sort of beef between the two, Shenseea’s latest claim to the throne may have just solidified that there is some form of rivalry. The “Lighter” singer is currently in Atlanta, which is where the current queen of dancehall, Spice, has one of her dwellings. She decided to share a very naughty post with the following caption: “I’m a Queen, your face is where my throne is.”

Of course, some were quick to point out that she was throwing shade at Spice. It should be noted that neither women have actually come forward to confirm or deny if they are at odds.

Still, some persons are not sold on the idea that her caption was intended for Spice. Others have deduced that her play on words is simply a window into her wild and dominant sexual desires. That line of argument was supported by those who believed the 24-year-old was not wearing any underwear below her kinky, little, black dress. Nonetheless, dancehall’s self-proclaimed princess can do no wrong in the eyes of her fans, and the 355,000 likes and over 6000 comments the photo has received seem to prove this. One wonders if this new photo is also generating more publicity for her upcoming show in Atlanta.

You can check out Shenseea’s IG page and peep her photo.