Chief Keef is currently hospitalized for a mysterious illness.

Is Chief Keef okay? That’s the question fans are asking after the Chi-Town rapper posted a photo of himself in the hospital. Keef posted the image on his Instagram Story showing his left arm on a pillow with drip inserted. The “Faneto” rapper appears to be seated in a hospital hallway. There is no word yet from the Chicago native or his team on why he is in the hospital. As a result, his fans are voicing their obvious concern over his health.

Chief Keef’s associate Fredo Santana passed away in 2018 after a long battle with controlled substances such as Xanax and lean. Fans are already speculating that Keef’s alleged drug use might be the cause of his hospitalization. As such, they have already called for Keef to “Cut the lean.” Of course, Covid-19 is also being mentioned as a possible cause since Chicago is being hit hard right now by the deadly virus.

For over a decade, Chief Keef has been considered the godfather of hip hop drill music. The sub-genre has since spread to other areas of the country like New York, and spread overseas in London, UK. “Love Sosa,” “Faneto,” and “Don’t Like” featuring Lil Reese have all been labeled as classics drill music. 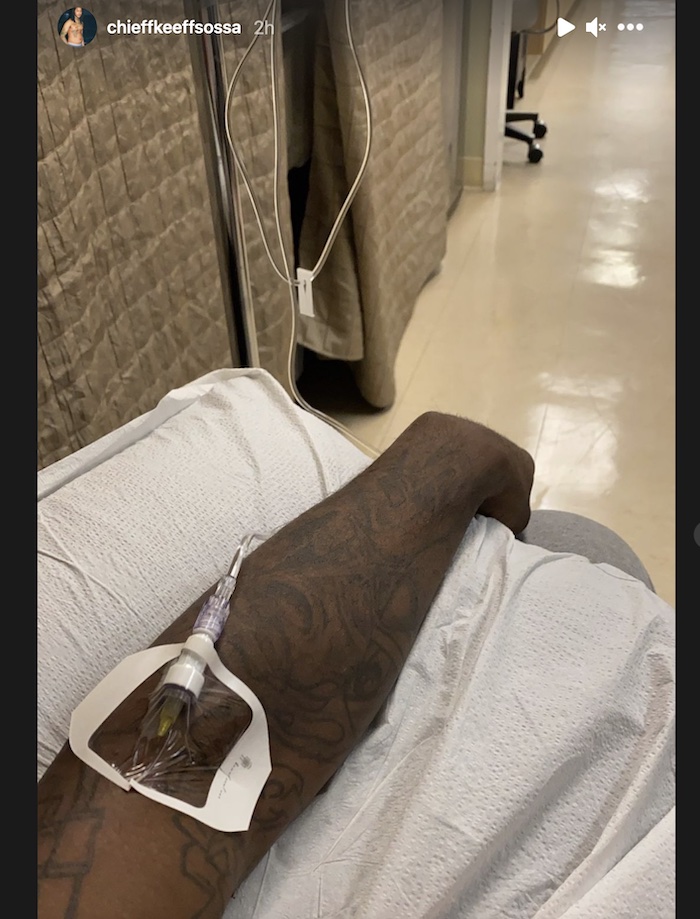 At 25, Chief Keef is already a legend in his city and widely regarded as one of the most influential rappers of the last decade with major co-signs from the likes of Drake, Beyonce, Jay-Z, and former President Barrack Obama.

Let’s keep Sosa in our prayers and wish him a speedy recovery.