Spice baby daddy Nicholas Lall says he wants a DNA test for his children with her amid rumors that dancehall star Baby Cham is the father of her son.

Love and Hip Hop Atlanta star Spice’s former lover Nicholas Lall has officially lawyered up amid rape allegations laid against him by Spice’s one-time associate, DHQ Danger. Lall is leaving no stones unturned as he requests a DNA test from Spice to fully grasp who is the biological father of Nicholas Lall Jr. and Nicholatoy Lall.

It all started after Lall joined Spice’s former spiritual advisor Nardo RT Boss Smith, for an Instagram LIVE session to clear up rumors that he performed oral sex on Danger. He proudly confessed to intercourse only, but DHQ Danger later said that the initial linkup was not consensual. During the IG LIVE session, RT Boss also made mention that his son is actually not his biological child and is instead that of another entertainer.

Lall did his best not to entertain the accusations being thrown around by RT while on the call, but that has all changed. The former road manager has taken a severe battering on social media from his former lover and her millions of supporters over the past few days. In a recent statement posted to his Instagram account, Lall made it known just how much he has been affected by the rape accusations. 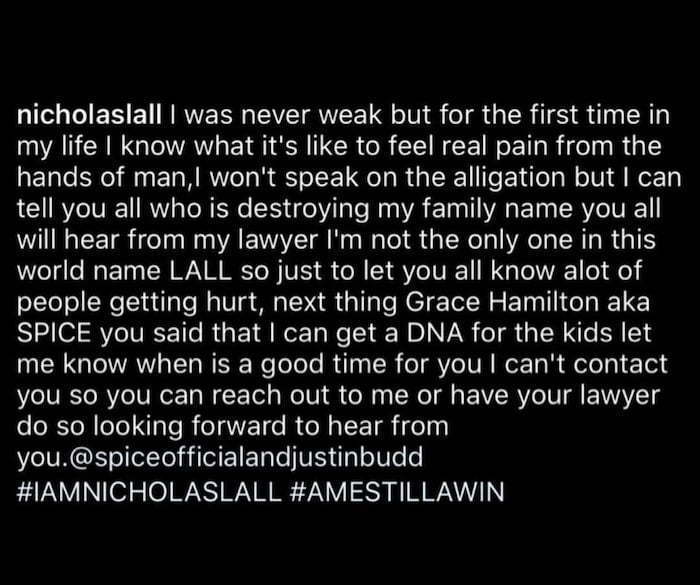 “I was never weak but for the first time in my life I know what it’s like to feel real pain from the hands of man,” he confessed. He also selected this medium to ask Spice for the aforementioned DNA test since he allegedly was unable to reach her via other mediums. During a recent Instagram session, Spice mentioned that he was able to request a test at any time he sees fit since she is more than confident that he is the father.

Still, social media seems divided on the decision to ask for a test after so many years. On one hand, persons are in support of the move since it would eradicate any sort out doubt from Lall’s mind. Others have hinted that his status is not of much importance because he allegedly does not offer any real financial support to the two kids.

As for the allegations of rape, Lall spoke to The Star where is said just he’s not taking the defamation of character lightly while blasting Spice for supporting Danger. 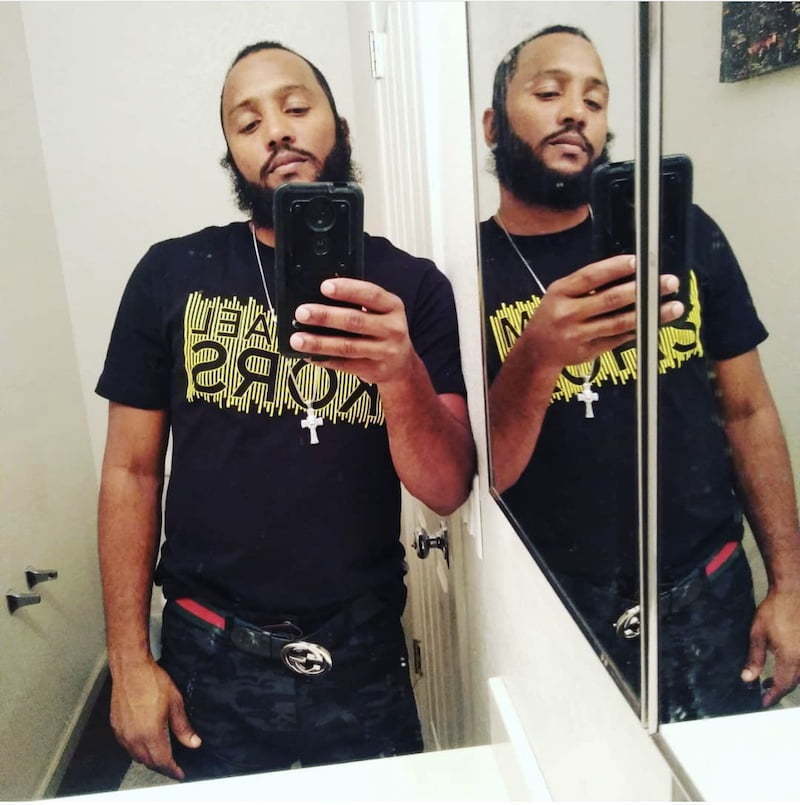 “I regret knowing Grace, I regret knowing all a dem, and if they continue on my name, tarnishing it, dem a guh get hit with a lawsuit, defamation of character! Nuh woman nuh worth seven years outta mi life a prison. None! Mi have four daughters, and mi a guh think ‘bout fi rape gyal? The reason mi even a speak pan dis a because me a think ‘bout me daughter dem, and weh mi daughter dem a guh think and feel,” he said.