Kirby Farrell continues to get support in the Majah Hype saga as mega superstar Demi Lovato has lent her support and voice to Kirby.

In a story that was reposted by Kirby, Demi said, “domestic abuse has to stop. Victim shaming or blaming has to stop thank you for your strength,” she says as she tags Kirby. Demi has 93.8 million followers on Instagram, and that number alone makes for a large platform to raise awareness of domestic violence.

Since then, close to a dozen videos have been circulating on the internet, mainly by viral pages seeking to rack up views and followers. Kirby has denied that all of the videos are of her. 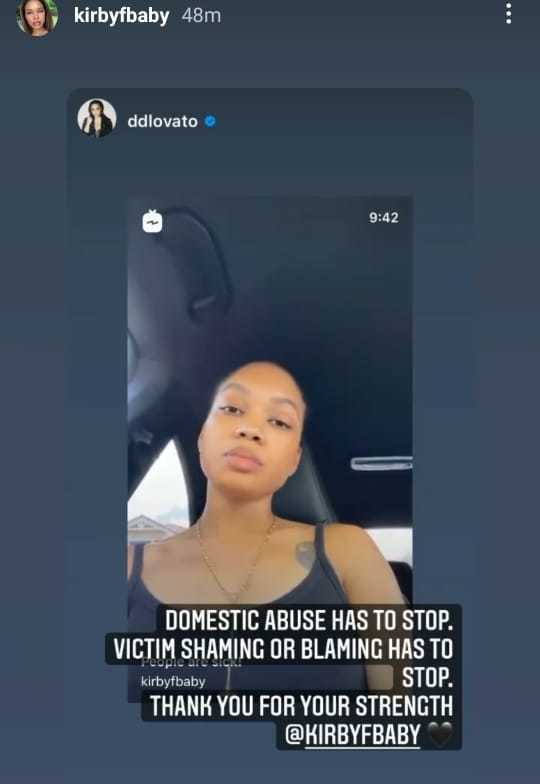 Demi Lovato, though, is passionate about ridding society of domestic violence as she also reposted a story in which FKA Twigs is suing Shia LaBeouf for abuse during their relationship.

Meanwhile, Kirby has updated her followers that she has been reading her bible, and she thanked her followers who prayed for her. She has since moved from a few thousand followers to 100k followers but, for the most part, has kept a very low presence on the internet.