K. Michelle says she is suing Maino for defamation.

K. Michelle is finally hitting back at rapper Maino and says that he beats women and that she plans to sue him for defamation for his “fishy” odor rumors that he has used to malign the R&B singer over the past three years. Maino has taunted K. Michelle numerous times in the past and referring to her having a “fishy” odor or feminine odor. The two have been at it for years, and according to K. Michelle, they never dated, but they were friends, and she always looked out for him.

The beef also engulfs radio host of Power 105.1 Angela Yee. While on the Clubhouse app as a moderator for a group chat titled “Maino is from 63rd and he beats women.” 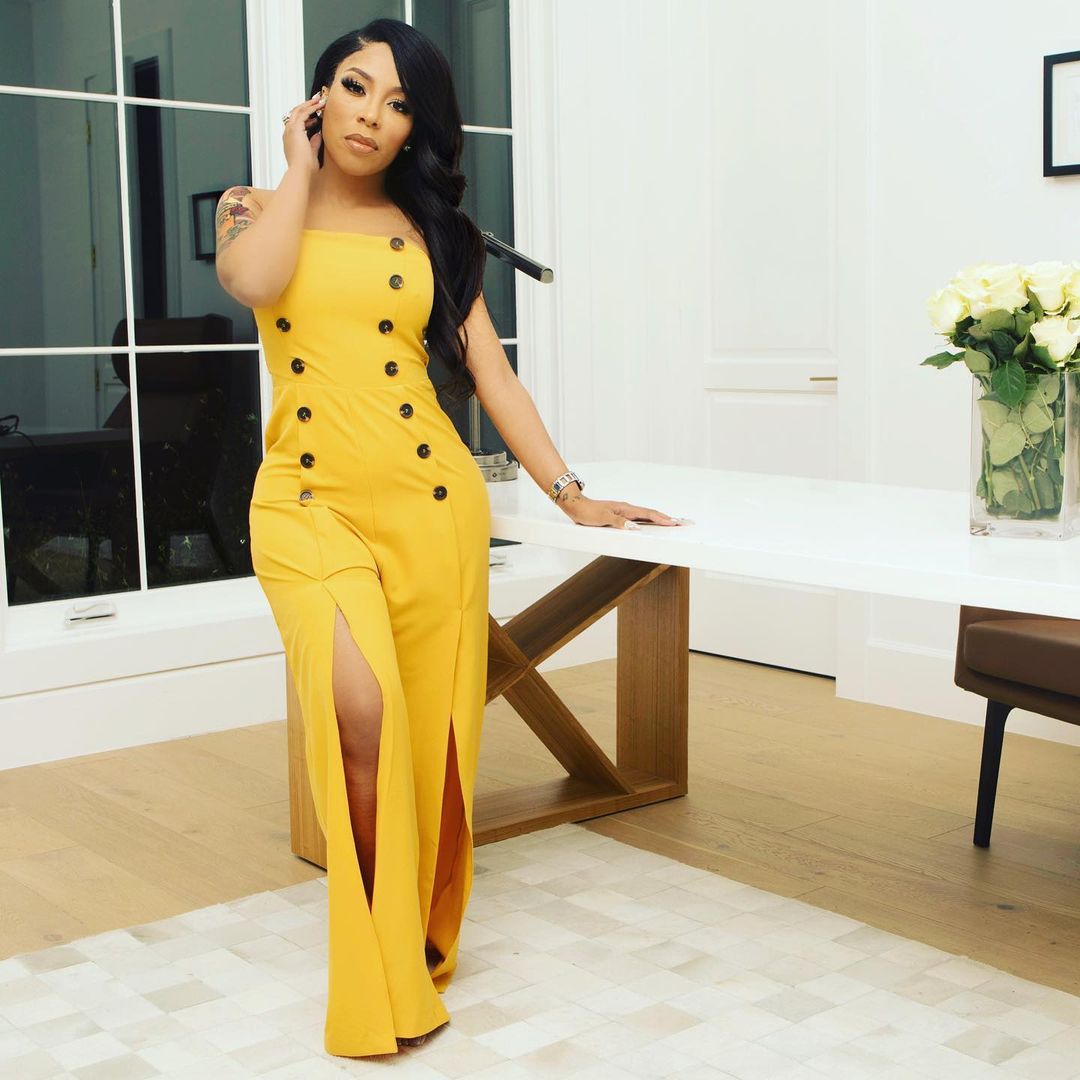 Maino tried to ping into the chat, but K. Michelle told them to block him so he couldn’t get into the conversation. K. Michelle had a few things to say to Maino – “That b*tch can go s*ck a d**k and get this lawsuit in January. I don’t want him nowhere around me. I want the courts to handle him in January.”

She also said Maino blasted himself to seek relevance, but he has failed to even launch an album. “What right do you have to consistently get on all your platforms and try to down somebody who tried to have your back. Who was your friend? Just do you can get off on a mix- not even an album – but a mixtape.”

She said they two have never dated, so the rumors started by Maino are untrue, and his statements have damaged her reputation – “I am taking you to court for defamation because you do not know me like that. You know you did not sleep with me. We were never in a relationship and you don’t have a right to talk about anything about my vagina—.”

While some fans seem to take Maino’s side, many supported K. Michelle and agreed that he took a bad joke too far.

It’s unclear if any lawsuit has been filed by K. Michelle as yet.