Dancehall singer Denyque has addressed some rumors about her husband cheating on her.

Ever since female singjay Denyque dropped her hit “Proud Wifey” back in 2016, fans have created a conspiracy theory that her husband, Careem Mullings, is cheating on her. It’s just a theory though, and Denyque cleared up the misconception while being interviewed on the Queen of Dancehall, Spice’s show, ‘Magnum Tonic Wine Spice it.’

She was responding to some questions asked by Spice that she received from social media users. First off, Denyque said she never checks her husband’s DMs. “I don’t want to be that girl because for me it’s just me nuh wah find wah me nah look for. Me nah wah go look fe something and find it,” she said. She went on to explain that she’s now chosen to stop posting about her husband and family because she wants to keep to protect them. “My back broad enough to take everything from everybody me nah wah dem to go through that,” she added. 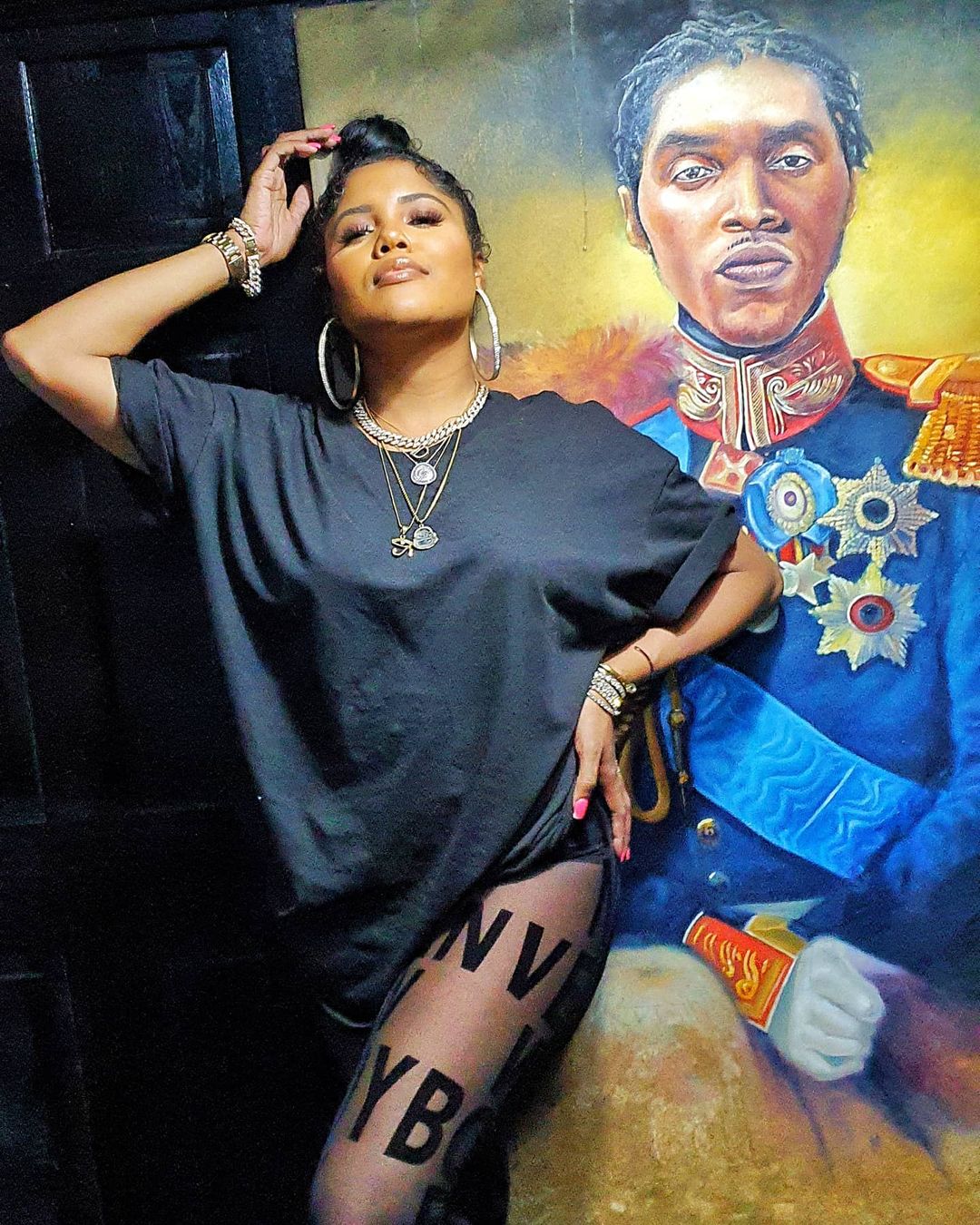 The “Smile for the World” singer also has no problem with him using social media and liking other women’s pictures. In fact, she said that’s how she knows what he likes. She said that the song “Proud Wifey” was written specifically for her by Shaniel Muir. She confirmed that she doesn’t know if there are any side-chicks lurking and added that if they are, they’re not “brazen enough” to make themselves known.

“From Proud Wifey come out him ah gimme bun. Him never did ah gimme bun before you know,” she sarcastically said when asked about her worst social media experience while being married. “I think I understand human beings too well. So is like I know how to curtail certain (things). Understand I’m in control of myself so you see when I react that’s what they want,” she said.

She added, however, that she didn’t want him to swear to her that he is faithful or vice versa because “at the end of the day we are human.” Denyque has made a reemergence in dancehall with her latest track, “Same Guy,” which has over four million views on YouTube. You can check out the full interview here: