Olivia Jade, the daughter of actress Lori Loughlin who was sent to jail for two months after news broke that she bribed college officials at the University of Southern California to get her daughters into the school, has broken her silence in the disgraceful matter.

The allegations are that Olivia Jade and her sister were admitted to the school as college athletes despite the fact that they were not athletes and never got into the schools on neither merit nor sport. Rather their mother paid $500,000 to bribe college admissions officials to get their daughters into USC.

Lori, who is well known as aunt Becky from the series Full House and her husband – designer Massimo Gianuli were arrested among dozens of other parents by the Department of Justice in 2019 for what the DOJ called the largest college scam.

The DOJ alleges that Lori and her husband paid a college admissions official $500,000 in order to get their two daughters into the prestigious USC. One of her daughters – Olivia Jade, who had her own Sephora make-up line and brand deals with major luxury brands, had all of those canceled as the charges were laid on her parents, who were sent to federal prison for a measly two months. 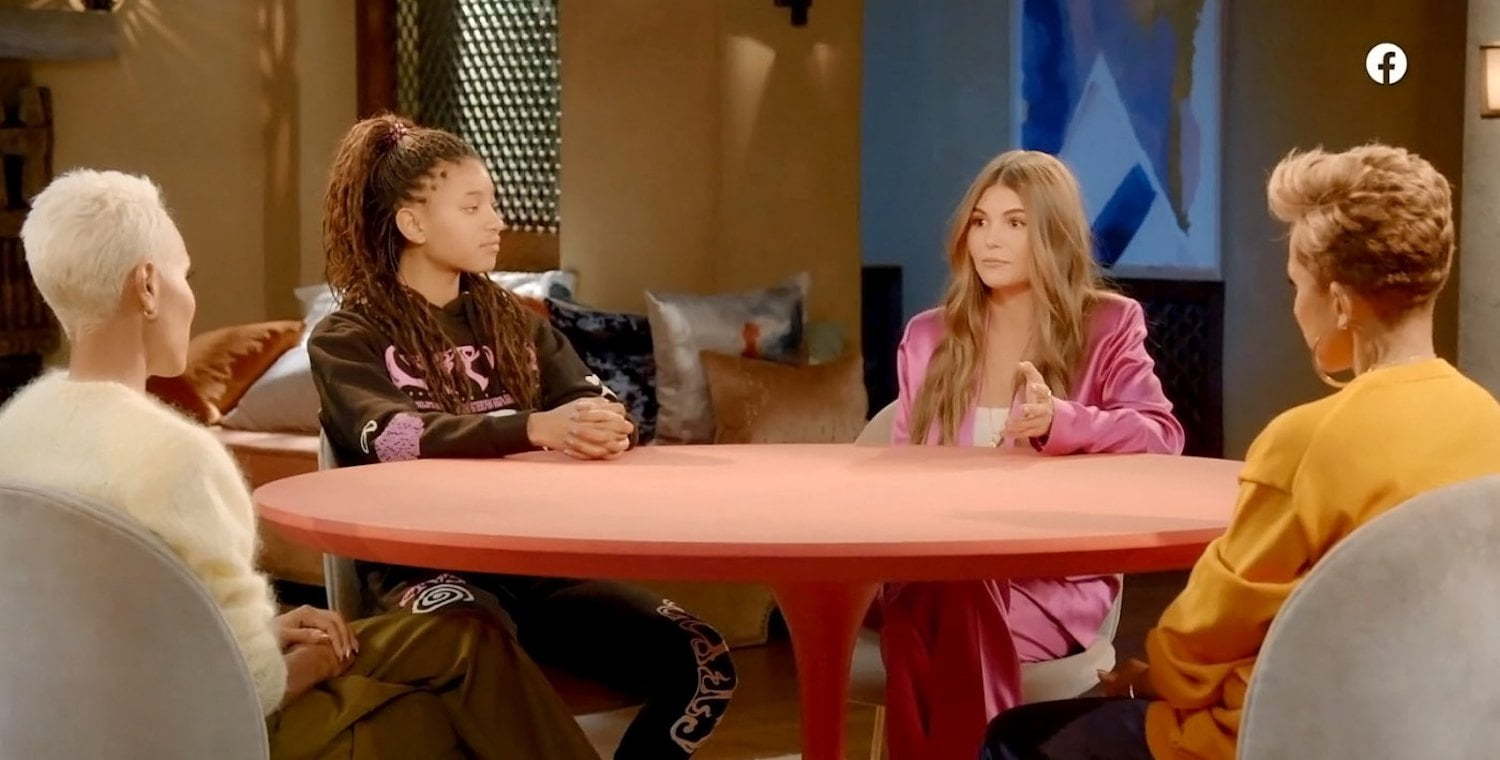 In an interview with Jada Pinkett-Smith’s Red Table Talk, the young woman, Olivia Jade, said that she has seen the situation and seen the wrong doings and negative things associated with the matter.

Adrienne, however, had an issue with her being on the RTT where she said that she found it ironic that a young white female would reach out to three black women to get her redemption story out.

Jada noted that she could relate to the parent’s actions because she herself has felt that she knew what’s best for her kids, and she can see why this could have influenced Olivia Jade’s actions. Willow, on the other hand, felt that there is room for both Adrienne’s and Jada’s views to co-exist.

In speaking with Jada, Olivia Jade disclosed that she hasn’t exactly been an innocent party in what has transpired as she says there was a conversation that was had, but she says there’s justification for what happened. “…what happened was wrong, and I think every single person in my family can say that was messed up, that was a big mistake.”

She said that at 21 years old, she feels that she should be given a chance to move on and redeem her life. She said she felt ashamed and embarrassed because when she was applying to attend USC, she wasn’t fully aware of what was going on. “I just remember feeling embarrassed, ashamed and must get the hell back home and I never returned [to school]”

I understand why people were upset and angry, and it took me a while to understand what for, but man am I glad I did realize…I remember thinking ‘how are people mad about this’, I know this is silly…I remember growing up and knowing parents donating to schools and this giving their kids so many advantages.”

Jada notes that was actually white privilege because only white folks have been able to do these things. In a throwback video on the show, Olivia is disclosing that she had gotten accepted to USC and that she wanted to balance everything. She said she wanted to experience game days, partying and she “didn’t really care about school.”

However, she said she didn’t intend to brag about her life but that she was oblivious of things outside of her bubble.

Bystanders who reacted to the incident have decried the privilege that Lori and her husband used to their advantage, while African Americans have faced a level of punishment that is unequal.

One such example is a popular report of a homeless woman sentenced to five (5) years for using her babysitter’s address in order to get her child into a school in a better district.

Adrienne, however, didn’t hide that she doesn’t feel compassion for Olivia Jade because of the inequality that exists among the races and especially the odds against Black people when it comes to educational opportunities. According to her, she feels that no matter what Olivia Jade goes through, she’ll be ok. She added that it was also beyond racial privilege but also final privilege and entitlement since many people could not afford to buy opportunities for their children. What made it worse for her was that Olivia Jade also appeared to be disinterested in school.

On the other hand, Olivia says she has been working with underprivileged children and has experienced the gratitude that those children have for the opportunity to have an education, which has changed her perspective on things and also caused her to make a u-turn on how she views life and how she now conducts herself- living more to give back rather than selfishly in her bubble.