Music producer Dr. Dre is regarded as one of the greatest figured in hip hop. This is the man who helped to craft gangster rap in the 80s with NWA and G-Funk through his work with the likes of Snoop and Tupac. Let’s not forget that he discovered Eminem, who is considered one of the greatest rappers of the generation. When he’s not behind the controls, he’s building companies, such as his Beats line of products, which he sold to Apple in 2013 for a sum that made him one of the richest men in the world.

The rap legend is not without fault though, as many of the women who have passed through his hands have confessed to being mentally and physically abused by him. One of his daughters, 37-year-old LaTanya Young, is now throwing neglect into the mix. Dr. Dre is going through a pretty tough divorce from Nicole Young at the moment. Therefore, it may have been the most inappropriate time for a story of this nature, yet here it is. 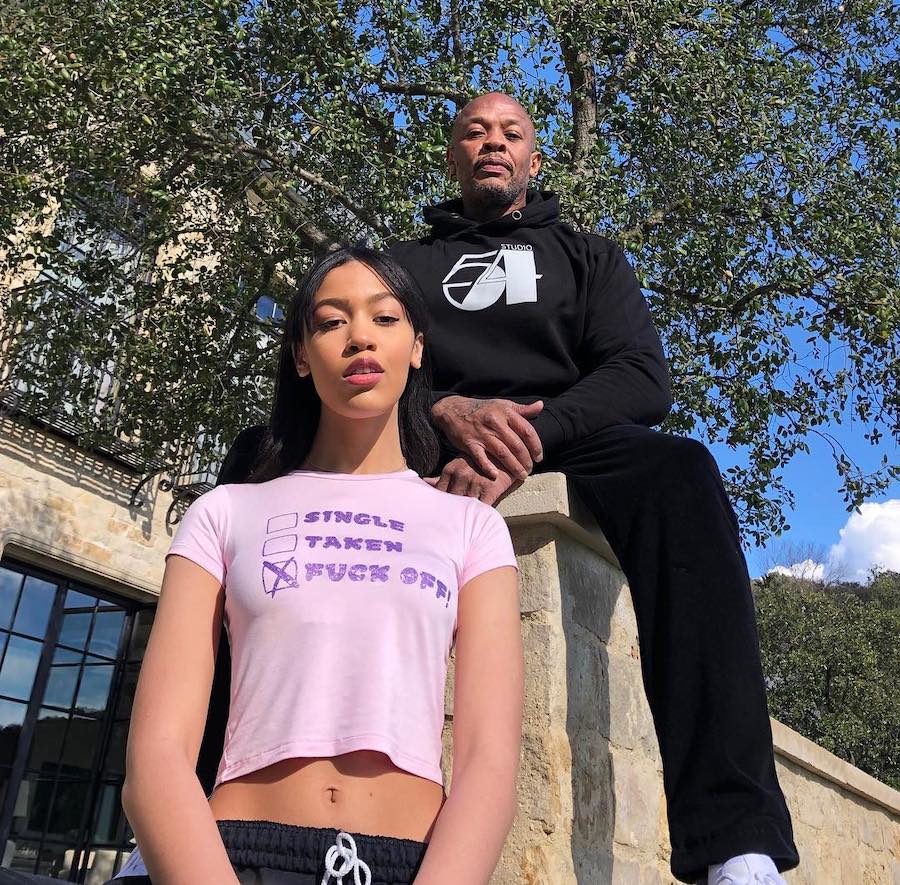 LaTanya sat down with Daily Mail for an exclusive interview where she spoke of not seeing her father for nearly two decades,17 years to be exact. She mentioned that none of her four kids have ever met their grandfather even though it is a dream of theirs.

“My kids like his music. They ask if they can meet him and I don’t even know what to tell them,” LaTanya said. She also desires to spend time with her dad in hopes of getting some much-needed closure for all the missing years. She made it clear that even though she has been on welfare programs and is currently seeking a job as a Fed EX driver to send herself through nursing school, she is not interested in any of his 800 million dollars fortune. “Money is not what I want, I feel better doing it on my own,” she said.

As the story goes, Dr. Dre impregnated Lisa Johnson in 1983 when he was around 18 years old, and she was just 15. He would later go on to have kids with three other women, including Jenita Porter, r&b singer Michelle Toussaint, and Nicole Young, with whom he was married for 24 years until the start of their divorce earlier this year.

According to LaTanya, Nicole was a major roadblock in her fight to see and spend time with her father. “She was very standoffish and mysterious,’ LaTanya said. ‘I got the impression she didn’t care to know any of us.” She continued, “I thought that after Nicole was out of the family, things would be better. I thought that my dad would come around. I would like him to make me feel like a daughter.”

She explained that she was once turned away by Nicole after she and her other sisters popped up at his house unannounced. Getting to her father was always an uphill battle since she has never had his telephone number or any other direct contact.

“If I needed him, I’d have to go to the studio and get bombarded and talked to by his security,” she said. “I would have to go through his accountant or his right-hand man, I would never know whether he got my messages. I have never had a direct line to him.”

The likelihood of LaTanya getting the closure she needs is still not certain, but it would be nice to see the Dr. fix the relationship he has with his daughter.