Drake and his son Adonis are promoting the rapper’s upcoming album with matching hairstyles.

After Drake premiered his new hairdo that is cut in the likeness of a symbol for his impending album Certified Lover Boy, the Toronto rapper is showing off Adonis Graham’s similar hairstyle. While Drizzy got a neat trim with a heart shaved in the back of his head, little Adonis is rocking the same aesthetic with cornrows.

New photos of Drake’s adorable heir shows layers of heart-shaped braids woven in the back of the child’s head. In the photo, Adonis is captured from behind, pointing at a framed picture of him and his dad as he unwittingly endorses his father’s new album with his heart-shaped cornrow braids. Drizzy also posted a photo to Instagram of Adonis in bed with a bowl of snacks while his dad naps on his shoulder. The three-year-old rests his own tiny head on his dad’s for support in the adorable snapshot that really frames what Drake is like as a dad. 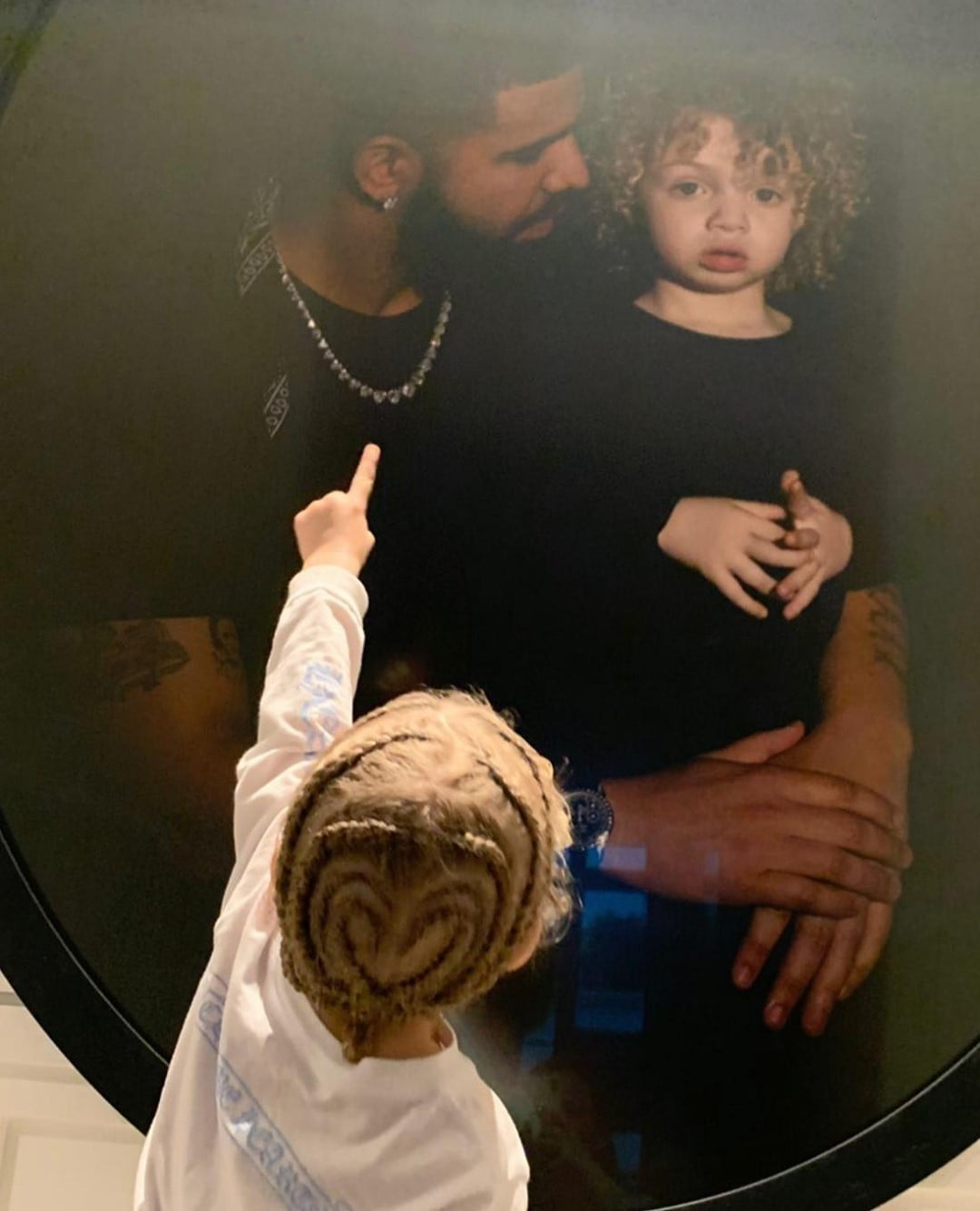 Certified Lover Boy is expected to arrive around January 2021, which means we are now in the promo season for the rapper’s sixth studio album. Fans were initially told to expect the album in summer 2020, but after all the craziness that this year had to offer, a bunch of artists pulled back on their rollouts, hoping to have a greater impact later. The lead single from the album “Laugh Now Cry Later” debuted at No. 1 in Canada, No. 2 in the US and topped the US Hot R&B/Hip-Hop Songs and Hot Rap Songs charts simultaneously.

Adonis is a Certified Lover Boy just like his dad, he just doesn’t know it yet. What do you think about Drake using his son to promote his new album?