The young football sensation took to facebook as he emotionally disclosed that his father, football manager and coach Craig Butler has been physically since he was nine years old to him and his mother. The younger Butler showed several images of bruises he received from beaten with a cutlass and a gaping knife wound that went through his entire forearm. He said the knife wound inflicted by his father.

“I’ve had enough of this abuse and it’s time u understand,” Kyle tweeted.

Kyle said on Sunday he turned up for training in Mona that was being conducted by his father. He said he told his father he is not going to train. This led to a series of events that culminated with the younger Butler fearful for his life “all I said was I not going train. I went to the car, take out mi shoes, and say mi  walk go home cz him say mi fi leave the jeep. When mi a walk go home, him say if me feel like say a suh it a go…grab mi by ymi hear, punch me inna mi mouth, punch mi inna back a mi head… when [unintelligible] come and part we, he run to him jeep – inna every one of him jeep demm he has some Rambo knife and if you ever travel with him you supposed to know that…the man run up to me and throw the knife after me…the knife lick me inna me hand.” 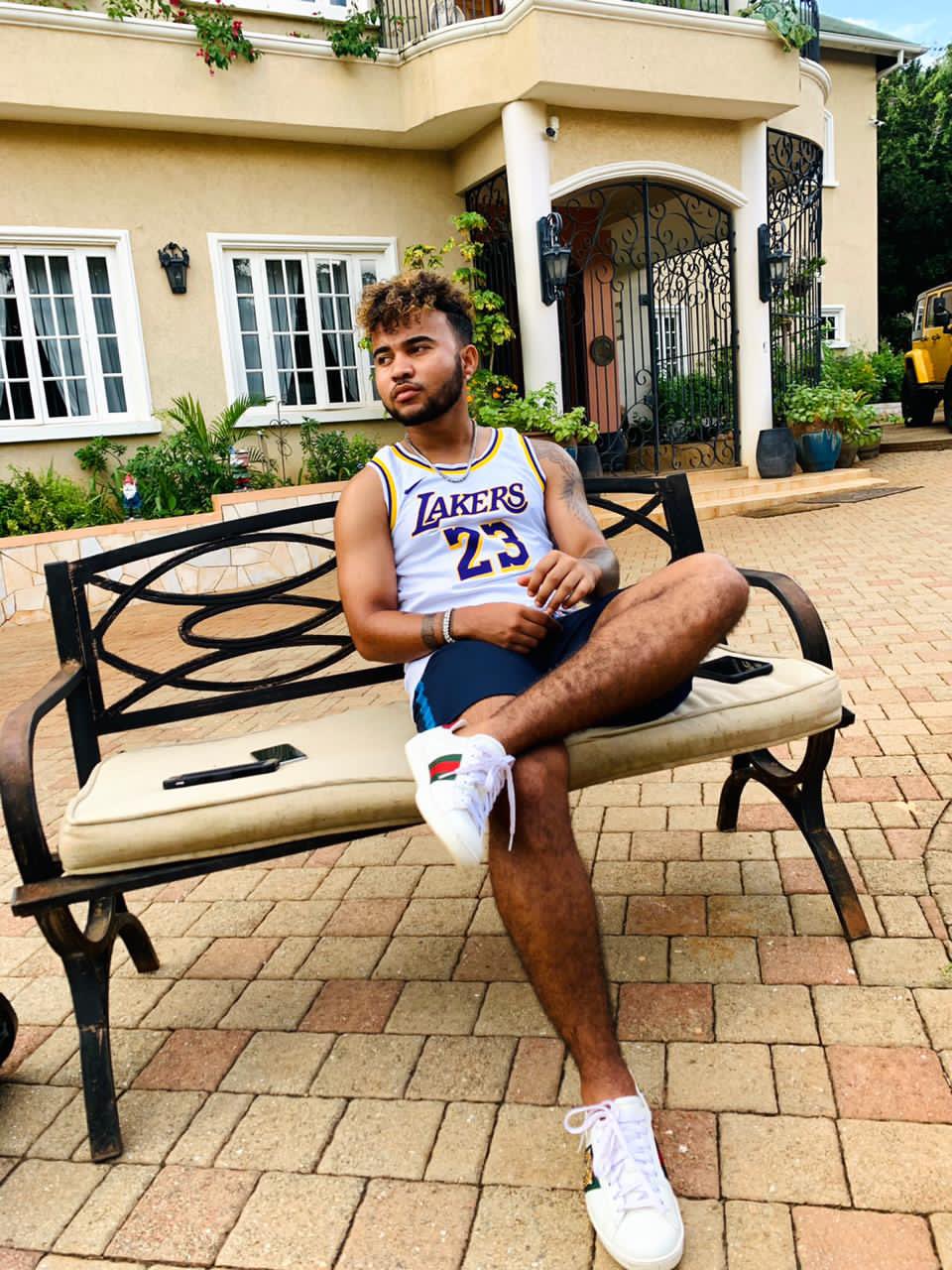 Meanwhile Craig Butler came out to say that his son has been having “major issues,” and that he has never abused his son. “let me categorically state that I have not been abusive to my son on that date or any other date. I have encouraged him and helped him to achieve his full potential. I have worked hard to create opportunities for my son which he enjoyed for years. There was no complains then.”

The letter went on to say “I’m cognizant of the many issues Kyle has gotten him self in and things that my profession and principles would never allow me to be part of. This has created a major problem in our relationship as I have stated that this is not the papth any parent would hope for their child.”

Kyle’s mother, Sophia Smith-Butler has also added her voice to the mix. In an emotional message on Facebook she said that she stood with her son and “support him 100 per cent in statements he has made. The days of slavery are done and over. Massa days are done and over. People owning other people are done and over. Our creator doesn’t force us to worship him, he gives us a free will.”

She continued- “yet mere creatures of dust believe they should demand people to bow at their feet and be subjected to abuse, robbing them of their human rights and dignity. When you take that, what is left? The damage that one narcissistic personality can do to the lives of others is literally unimaginable,” she commented.

Meanwhile, many have come out to defend the father against the allegations of abuse to his son and wife. However, Mrs. Smith-Butler, “explaining narcissistic abuse to someone who has never experienced it is like trying to explain colour to the blind,” said Smith-Butler, adding, “To take young minds, adore, punish, discard, destroy when you stand up to him or have a different point of view is wrong on every level.”

Kyle is a talented footballed that represented Jamaica at the Under- 23 level  and he has played for several football clubs across Europe.

However, of late, it seems that the 23-year old has a passion for music. He has been working on being a music producer. According to an interview he did with Loop News, he became involved with music in December 2019. He says although he is a full time footballer, he manages his time to ensure he is able to develop his musical talent.

He and his business partner has so far released one successful project – Private Jet Riddim –featuring Jah Villani, Intence, Skilli Beng Letter Boss, Stylo G, 450, Kritical and many more artistes. Other projects to be released are Hold a Vibe by Jahmiel and Cookie by Kritical.

The young baller says he intends to fulfill his full potential in football but he also wants to become great in music.

Explain this .. did a stick make this? pic.twitter.com/xGewPKaY8X

Just know if anything happens to me or my family. You know who..

I have 0 motive to attack anyone , I’ve never initiated an attack in my life. Now if I fell and got wound that went right through my flesh .. please explain these..

I have the medical report.. pic.twitter.com/lk4xdT4R1R