Reggae artiste Nesbeth believes in change, and while many might be waiting for the change, he believes that change is an individual effort, and he wants his effort of change to become a long lasting legacy long after he leaves the planet.

The artiste was speaking exclusively in relation to his newest single, “Blood Letter,” which was released over the weekend. The song is another conscious hit that focuses on black empowerment, equality, and pride in one’s race. It is a powerful incantation of self-confidence that he hopes will take root in the minds of those who desperately needs it, particularly at a time when peoples of African descent are subjected to various forms of social and economic oppression, racism, and the fight for equal rights.

“‘Blood Letter’ is like seeing things through the eyes of Malcolm X. It creates a balance because mi nuh think yuh fi sit down and await change, mi think yuh affi be the change and most people don’t want to be the change because they are fearful for their life and as I normally say- ‘why fear death when everybody ago dead’ because whether or not you are afraid you will die and it matters what you leave behind.”

The artists says that while he is a Rastafarian, he isn’t a stereotypical Rasta. “I am not the typical rasta,” the reggae singer told Urban Islandz. “I believe in truths and rights and I hail his Majesty. But the traditional rasta would tell you about Haile Selassie, dem will tell you about Haile Selassie and who him war with and the covenant of Seven Seas but guess what? I have seen things- whenever those rasta try impart knowledge it goes over the people dem head.” 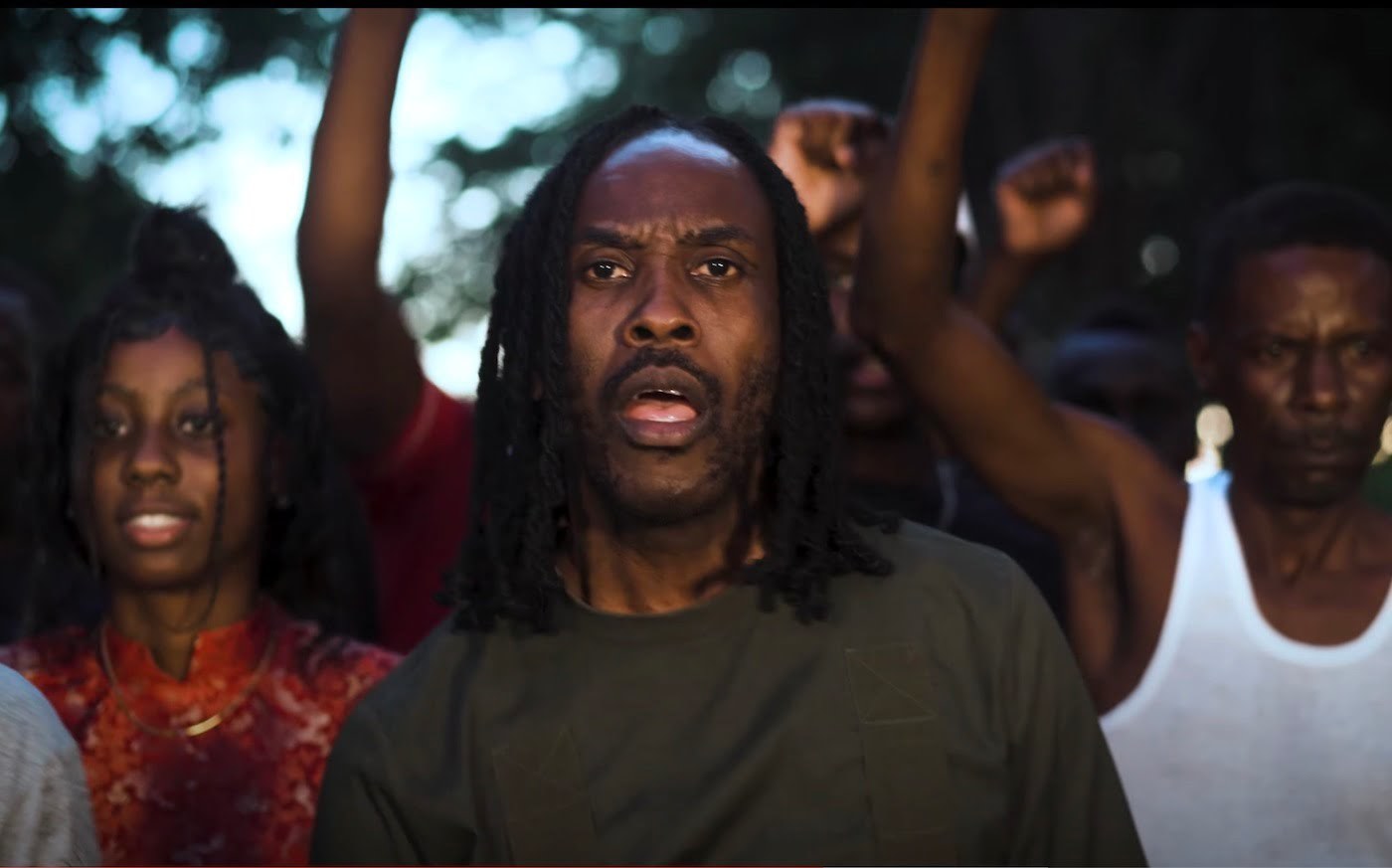 He says he has decided that he wanted to ensure his message was received by people so it had to be packaged differently. “I decided I am going to be hope. So this is it now, I am responsible for the people to stop and look pan themself and start look within, so how do you do that? You affi give them words…if they keep echoing those positive words, it becomes reality,” the ‘My Dream’ artiste said.

The song ‘Blood Letter’ he says is aimed at helping peoples of African descent to self-actualize, know themselves, which will set the groundwork to empower the people as a race. “I just want yuh find yuhself. That is my duty probably somebody else will take you through the next stage but mi want yuh find it within yourself because that is the root before anything else.”

The song’s visuals feature powerful symbolisms such as the black body, references to police brutality against people of African descent. It also features Nesbeth teaching, which symbolizes the importance of knowledge and brotherhood, according to the artiste. Crisp images that juxtaposes black and white and death and living stand out in the video as the artiste uses his artistic skills to bring the song to life.

According to Nesbeth, the name of the song was chosen to draw attention to the fact that loss of life- black lives should be the letter that those who remain should ‘read’ and pay attention to. “The song itself relates to people – when I look at the name, it is a call, it is an intellectual war that is going on so you have to understand where they are and speak to everyone in the way they understand.”

He also said that more needs to be done in communities of people of African descent. “There are people who are black but still not proud,” the artiste says as being proud might mean something different for each person, and so he hopes that each can receive their own message from the song.

The song was also produced by Nesbeth. It was released on November 28, 2020. It’s the first song and video the artiste has released simultaneously. Nesbeth is known for hits like “My Dream,” which was so widely popular that the Jamaican Prime Minister Andrew Holness used it at his inauguration when he was elected to Gordon House in 2016.