Rygin King appears to be fully back to working as he announced his new album is coming.

The young dancehall star is probably not going to gain a lot of friends following his latest announcement that he will be releasing some trap dancehall soon. The emerging sub-section of dancehall has been heavily criticized by many veterans in the game within recent times.

Rygin King, most known for his track “Tuff,” doesn’t seem to mind that though, as he confirmed, earlier this year, that his next album will be called “Dancehall Trap.” Fans weren’t sure if the deejay would still release the album because of the fact that he was shot in March.

The popular deejay was shot and injured after his convoy stopped following an unrelated accident in Westmoreland. Urban Islandz reported that Rygin King was traveling in a convoy in Bethel Town when one of the cars was involved in a collision. While he and his crews were attending to the vehicle, a car drove up, and a gunman shot at the bystanders, which included Rygin King. 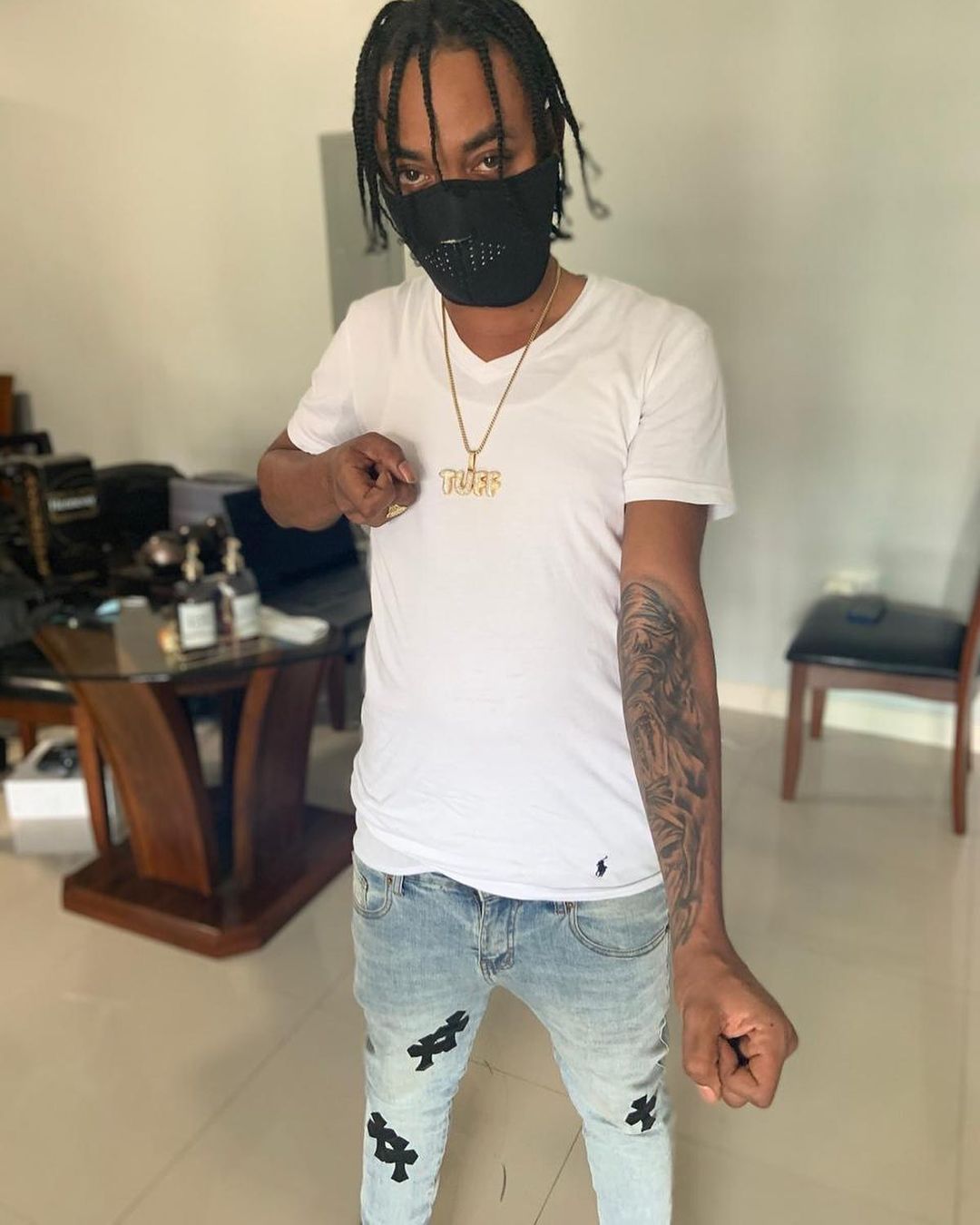 Following the shooting, he was rushed to emergency surgery at the Savanna-la-Mar Hospital. His companion Sashalee Blackwood of Irwin Meadows in St James died following the incident after she was shot as well. He’s since made a full recovery. Many believed he wouldn’t follow through with an album, but earlier this week, he posted a picture of himself on Instagram and said, “Album picture.” The post has been liked over 40,000 times already.

From reports, the entire album is not trap dancehall and has some regular features. It will be heavy on the side of trap though, because he’s now become known as the “Trap King.”

His fans were supportive of the announcement. One fan said, “One and only king,” while another added, “Grammy Awards,” and another one said.