A moment of light-hearted humor between long time friends, Popcaan and Spice seems to have left some fans confused. Following Popcaan’s post on Saturday, November 21, where he proudly displayed two plaques that he received from Billboard, Spice commented, “bloooodclaaat desso it deh mi bro,” to which Popcaan replied “@spiceofficial respect me baby mada.”

Of course, the two have a common link that had them moving in the same circle for years, and that link was Vybz Kartel. Popcaan probably confessed his hidden intentions, but the two have no romantic history together. In fact, Spice is all booed up with her new man. Earlier in September, The Love & Hip Hop: Atlanta star posted a photo of her with Atlanta-based Justin Budd, CEO and Director of Photography at JBudd Media Inc. 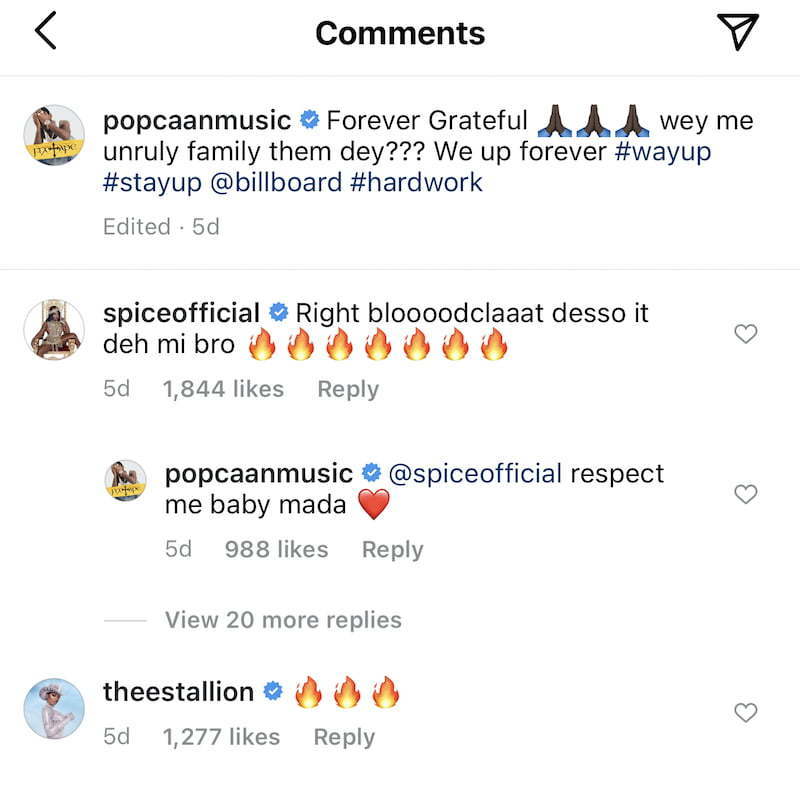 Most fans, especially those familiar with Popcaan’s sense of humor, knew that he was joking. Some of his female fans didn’t take too kindly to his comments like this one who in jest said, “@popcaanmusic inna mi face yawh gimmi bun? Anyways, I’m proud of you baby! #unruly forever!!”, this fan said, “cyaa tek #drama,” and this one added: “so spice a go be your baby mother.”

Some fans also called out Vybz Kartel, who seemed to boast about his own accolades before congratulating his protege. In a post yesterday, Kartel said, “Everbody posting accolades so mi mek a post. #GoldFromPrison #Whobadso? @GAZANATION,” as it goes on to tag the record label and producers.”

Popcaan received his well-deserved Billboard plaques for his mixtape Vanquish and FIXTAPE, which both debuted at number two when they were released in January and August, respectively. He displayed the two plaques for fans. It all seems to be a bit of humor between friends.