Nicki Minaj picks up two major AMAs trophies despite being snubbed from the Grammys.

Nicki Minaj is keeping the pressure on her rivals, copping two awards at the American Music Awards. Her win is as favourite female artist for Rap/ Hip-Hop and favorite song in the Latin category. In a post on Instagram announcing the win on Monday, she said “best female Hip Hop and best Latin song ‘TUSA’ w|@karolG!! The barbz keeping they foot on yall neck chile.”

She added that her fans know how to “rock the VOTE. Lol. I love you guys so much.”

In a video she posted she said “we want to say thank you to the AMA’s and my fans. You guys are always voting and loving me, I love you back, I’m obsessed with you guys…We love and appreciate you and we can’t wait to share everything we’re doing behind the scenes next year.” 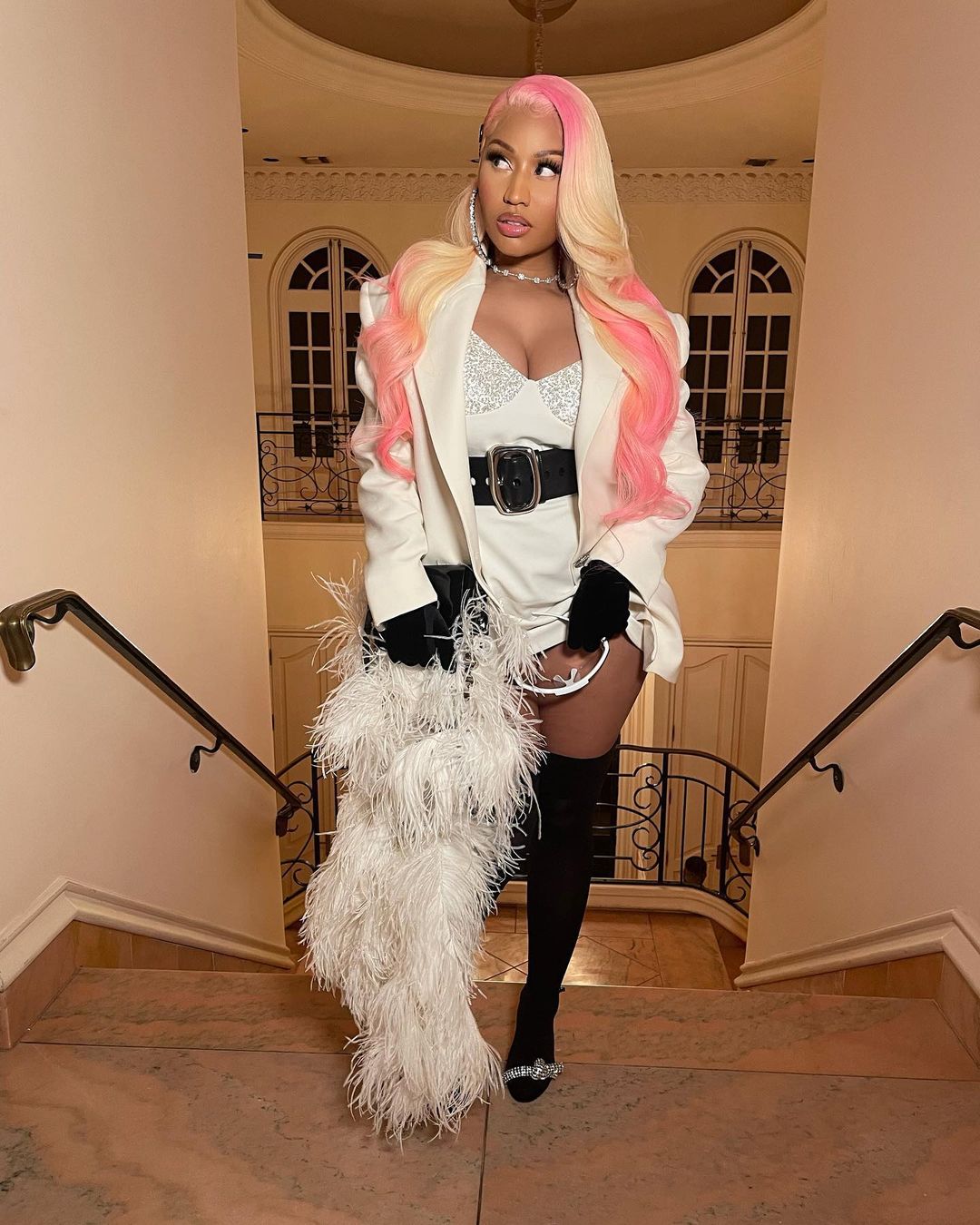 The New York based rapper who recently gave birth in October, has been keeping a low profile and only emerged this week to promote her Pink Friday album on its 10th anniversary. Her album reentered this week’s Billboard 200 on its milestone as fans and newer fans rush after her music.

She’s also posted several images of her alongside her husband but there’s no sight of the new baby which fans wait with bated breath to be introduced to.