Shenseea is opening up about her journey from living a humble farm life to becoming a dancehall superstar.

Shenseea has come a long way in her music career, but the dancehall star came from humble beginnings. In a new interview with Jamaican personality Yendi Phillipps, Shenseea revealed that she has not only seen the remnants of classism in Jamaica, but she has also lived it. From farm girl to star girl, Jamaica’s sweetheart has achieved the unthinkable against all odds.

Shenseea is a St. Elizabeth native, but she migrated to Kingston just three years after her birth. Growing up, she would go back and forth between the city and her hometown, where she spent time with her grandmother. The famed dancehall superstar recalls that her younger years involved helping her grandma with her family’s farm. They cultivated a number of crops from gungo peas, okra, and pimento to cannabis. The Jamaican it girl remembers how she even used to help feed the pigs – a memory she reminisced about fondly.

It’s been five years since Shenseea has entered motherhood, and the experience has allowed her to empathize with her mother’s sacrifices in a way like never before. She admitted that she grew closer to her mother later in life because she was raised away from her. As a child, Shenseea would only get to see her mom every two weeks on the weekend because work kept her away from the family. She grew up with her aunt, who she says she appreciates because she instilled a lot of valuable principles in her. However, as for her mom, she eventually became accustomed to not having her around. 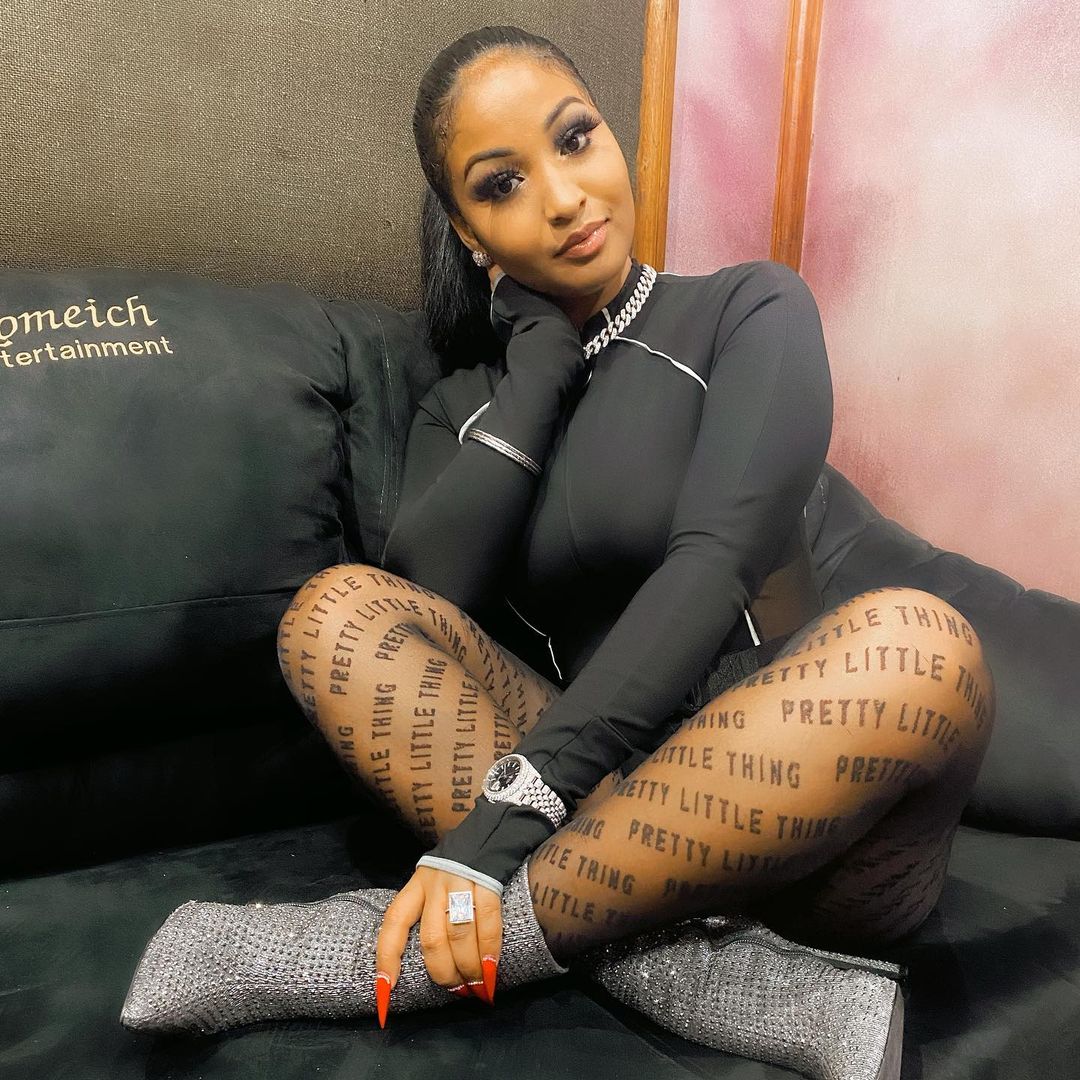 Shenseea’s mother was a domestic worker in upscale communities, which is something the dancehall artiste said she never fully understood the gravity of until recently. Her mom passed away suddenly earlier this year, and her tragic departure took a monumental toll on the singer. What we didn’t know, which the dancehall star revealed she never spoke about before, is that growing up, she didn’t have much, and her mother would bring her hand-me-downs from the well-off family she worked with.

Unfortunately, Shenseea thinks her time with her mom was cut short because she was finally getting to know her. In her personal experience, Shenseea, who is now a member of that high-class society, has witnessed these domestic workers in her community heading home for the weekend struggling with heavy bags. It was then that she really resonated with what her mother was sacrificing for so many years. In retrospect, she says it made her respect her mother so much more, and the thought of what she went through for her family still breaks her heart to this day.

The “Blessed” singer recently learned that her mother was told she wouldn’t have more kids, so she was basically a medical marvel. She admitted that she’s not entirely sure that she’s handling her mother’s death well. It was the first time in her life that she had suffered such a major loss, and it was the woman who brought her here. “I felt like this was the end of my career. I told my team I don’t know how I’m gonna get up. I’ve never been through this before. This is the hardest thing I’ve ever dealt with in my life,” Shenseea recalls saying after her mother’s untimely death.

While she didn’t grow up with a dad, the ShenYeng leader was never incomplete because, according to her, her mom was her “real parry” and best friend. As for how it changed her, the dancehall singer says she found herself showing more appreciation and affection. She gives more hugs now, and she doesn’t take people or time for granted. “Being at peace is one of the most important things to me right now,” she said with conviction. Shenseea says she finds herself praying for her mom’s spirit these days so she, too, can be at peace.