Dancehall sweetheart Shenseea is showing off a different side of her in the visuals for her newest banger. The song titled “Bad Alone” details Shenseea’s lone gunman-type badness with a feminine edge. The new track was produced by Romeich Entertainment, and the music video was also directed by Romeich.

In the video, Shenseea arrives at a warehouse in a black Jeep Wrangler to have a meeting with her bad gyal entourage, who were not only complaisant but seemed willing to risk anything to protect their sire. The dancehall star, while in character, ultimately decides to take on the job at hand herself, kicking off the track where she touts her fearlessness and arsenal of weapons. 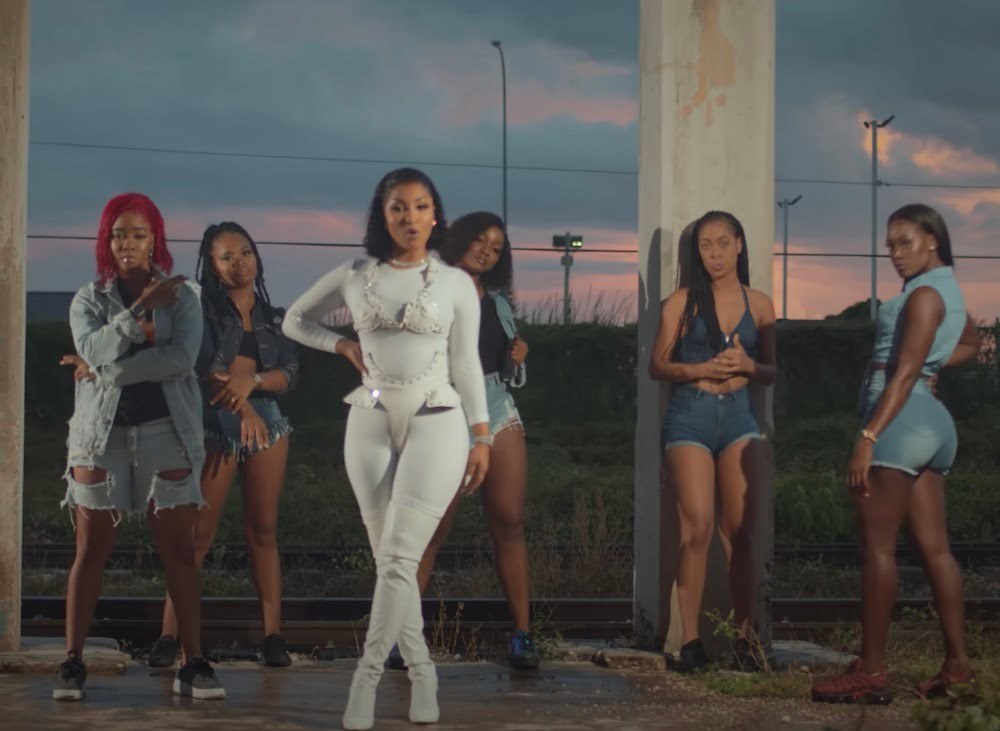 The climax sees Shenseea executing her enemy at close range with no remorse, much like her lyrics foretold. “Mek one phone call jus fi end yuh life / Get a shipment, have a gun in every type / If mi waah precise mi use di one wid laser beam light / Nah chatty ’cause a action mi like,” she deejays in the second verse.

The language choice and rhyme scheme are definitely giving me Teejay vibes, while the Romeich Major-directed video complements the daring war track effortlessly. This team effort by Romeich Entertainment is a job well done. Watch Shenseea display her gangster side in the “Bad Alone” official music video.