Meek Mill is catching heat from Philly rappers who say he’s “banned” from the northside of the city.

Philadelphia rapper Meek Mill is playing peacemaker and it has backfired on him. For months now, Meek has been trying to convince rap artists in his city to make nice and abandon the ongoing violence plaguing Philly. Recently, the rapper took to Twitter again to urge artists to quell their disagreements and move forward.

“I’ll get all the main big artist in philly a deal if they put them bodies behind them and squash them beefs …I hear about ….got some hot young bulls from my city but they all beefing!” Meek recently wrote. “And when I say bodies I mean friends or family you lost!” While there were mixed reactions to the post, the most prominent would have to be that of Philadelphia rapper Poundside Pop who called out Meek for supporting his opps. 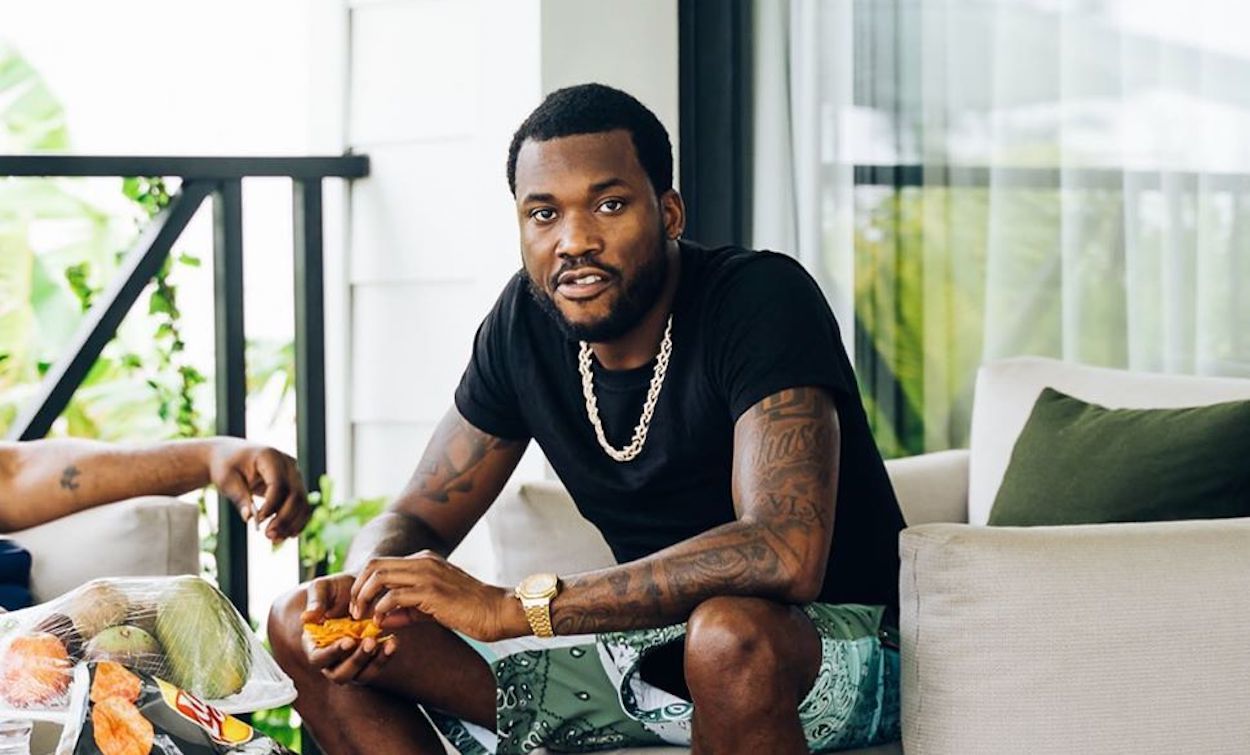 Poundside Pop addressed the matter on Instagram Live where he pulled receipts in the form of old IG messages and tweets that show Meek supporting the North Philly rapper’s rivals. “Look at this opp loving sh*t right here,” Poundside Pop said. “You just from 63rd bro whatever that is. You not from North bro,” he continued while his friend echoed this in the background. “What is wrong with this bull? What’s going on with your head bro? What’s wrong with you Goofy? All that money just be gettin’ to people bro.”

In the Instagram video, Poundside and his associate asserted that they run North Philly and “the whole city,” telling Meek Mill that he has officially been banned. As the hip-hop community begins to chime in on these developments, DJ Akademiks was one of the firsts to speak on it after Meek once told the hip-hop commentator that he was banned from his city.

“I remember Meek Mill banned me from the Trenches… now I’m hearing the TRENCHES banned Meek Mill… wtf … this is like watchin Aqua man drown in a bath tub.. like superman falling offa building… how the trenches banned their own king. LOL,” Akademiks wrote on Twitter.

I remember Meek Mill banned me from the Trenches… now I'm hearing the TRENCHES banned Meek Mill… wtf … this is like watchin Aqua man drown in a bath tub.. like superman falling offa building… how the trenches banned their own king . LOL https://t.co/qWWREPiHQX

Meek Mill is currently on a social media break after he announced that he will be dropping new music this Friday. “I’m deactivating til Friday when I got music out!!!!!!” he wrote on Twitter. The rapper promised fans a four-pack, which, if he delivers, should be available by midnight on November 20th.

Do you think Meek will heed the warning and stay away from North Philly, or will he contest the ban?