Chris Gayle and Tanto Blacks link up on a new collab, “We Come Out To Party.”

The Universe Boss, Chris Gayle, is known for smashing sixes on the cricket field and for his colorful personality off-field. Now you can add Dancehall to his many talents as he and Tanto Blacks have released a single called We Come Out to party. The video is as flamboyant as his lavish lifestyle, which he usually proudly displays on Instagram. Gayle recently finished up his IPL season with the Royal Challengers Bangalore. During his time in India, he hinted that he was going to release new music.

The video, which was uploaded to YouTube on November 5, starts off with Gayle viewing the news and seeing that the country has been reopened following the coronavirus pandemic. His immediate response is to call up Tanto Blacks so that they can hit up a club. The following party session is filled with ladies, drinks, and scantily clad women.

The scene interchanges with them on a private yacht and a private residence as the party keeps going. Tanto Blacks, now well known for his quick turn of phrase, explained more about the vibe behind the song to the Jamaica Star.

He explained that the song was designed to be a stress reliever but added that it should be taken seriously as a track as they both ensured that they brought their A-game.

“This song a guh give yuh a vibe; it’s three minutes of release from the stress and to show seh when everything open back, we just party,” he said while adding, “The music we release is good; music the people like and can party to … why not tek we serious?” 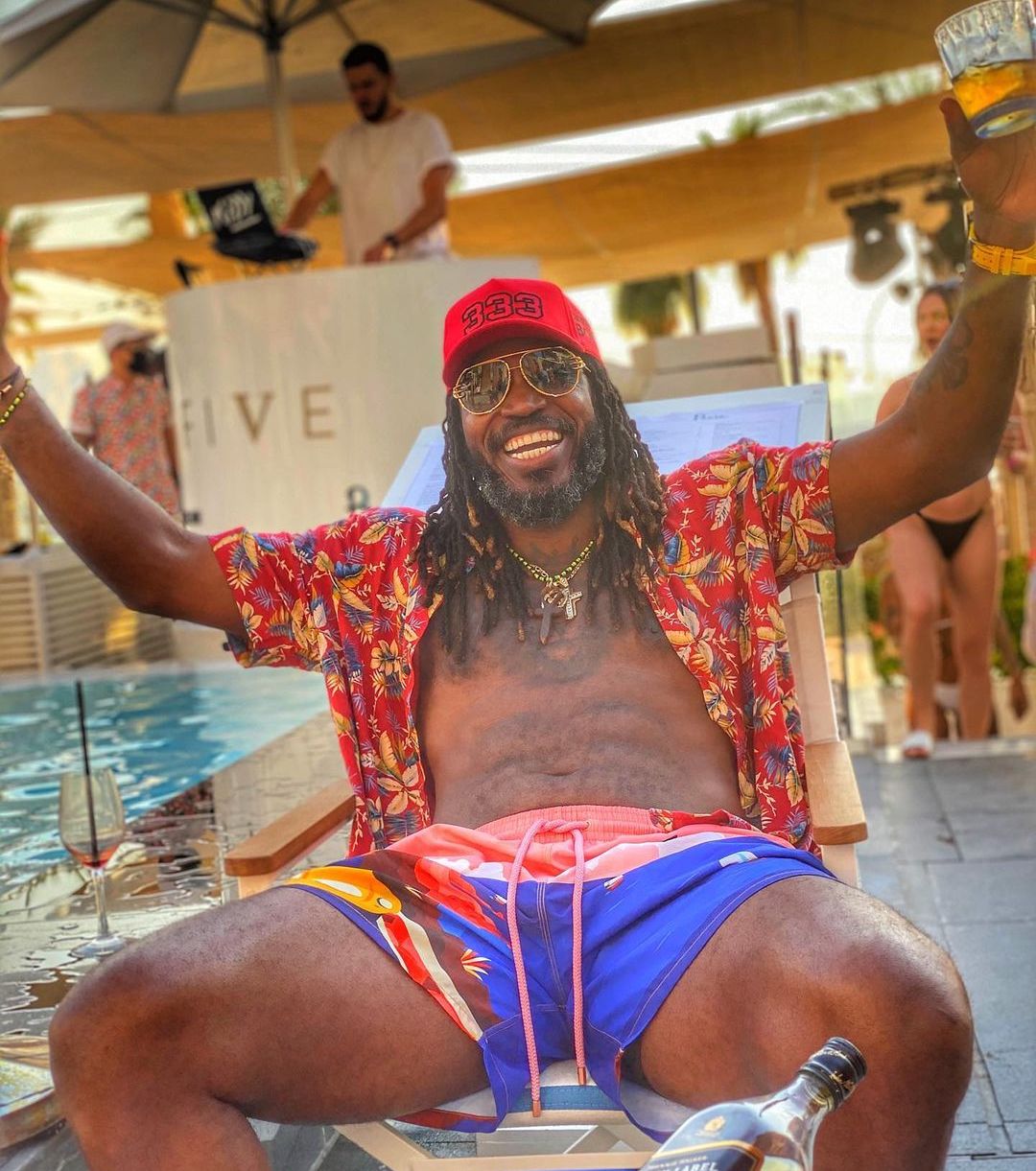 They also spoke with Gayle, who said that he was happy with the finished product and that he was appreciative of the positive energy that Blacks had infused into the song.

“I see him as a fun-loving person and the more I hang around him, the more positive energy I feel, and that’s what I’m about. Can’t deny that ‘rich energy’.”

The two have shared a close friendship in recent years with Blacks often attending Gayle’s birthday bashes around the world. Gayle also revealed that they have some upcoming collaborations.

“He (Tanto Blacks) already has some uplifting songs and inspiration songs out, and with good marketing, it can be richer because people do gravitate to him. Big up Real Rich. I see us doing a few more projects together, even him being a part of Triple Century Records Label,” he said.

Since its debut, the song has attracted a little over 75000 likes, with many encouraging comments from fans.

“There’s so much things I’m proud of about this project! Chris not leaving out his friend Tanto, how they rep the Jamaican vibes etc,” this fan said and this one added: “Chris Gayle all the way please play CPL next year we really miss you in CPL Chris Gayle best cricketer in the world love from Guyana chirs Gayle all the way,” while this fan said: “Loving the nice chords and melodies! Beautiful. [Eflat Major -> FMajor -> Gminor -> Bflat Major ->Eflat Major ].”

Gayle is the second Windies player to throw his hat in the Dancehall music genre within recent times as Dwayne Bravo from Trinidad and Tobago also has a budding musical career.