Intence appears to shade Skillibeng with a photo of his son and his baby mama.

We are uncertain of just how the beef between Skillibeng and Intence will end. However, recent developments have seen Skilli revealing a kink in his armor, which Intence is covertly/subtlely exploiting. The exact kink is the recent revelation that the child Skillibeng initially thought was his, turned out not to be. To use a more convenient Jamaican term, one could say that Skillibeng, the “Brik Pon Brik” deejay, was handed a jacket.

There have been quite a few variations of the story, with the deejay’s ex-girlfriend claiming that she did not force ‘the jacket’ on him, and he instead assumed the role of dad without questions, even after knowing she had multiple sex partners.

There is always a point in a war where an opponent makes one wrong move, allowing his rival to capitalize. Intence was quick to the scope and trigger as he uploaded an image of his family to the Gram. The caption of the post shared by Intence does soften the blow a bit, as we see from the decorations in the photo and the uniformed attire of mom, dad, and the young king, that it’s his son’s birthday. 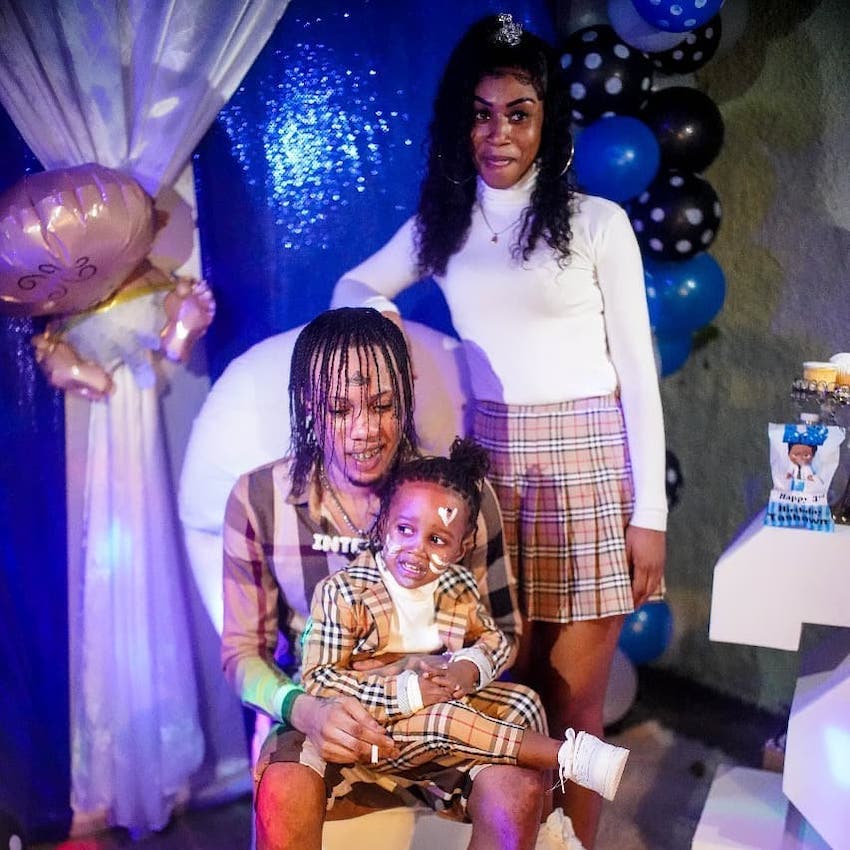 “MY TREASURE FROM ABOVE, WHO BRINGS ME JOY N LOVE HBD SON! #TK.” Intence captioned the images.

Still, fans could not help but think that the timing of the post showing his son and the mother of his child was just too perfect to be just a coincidence.

“Yeng stamp, no jacket pon eh grung,” commented one fan, hinting at the resemblance of father and son. Another wrote, “And nuh gal cya gi we jacket. yengbadness.”

What are your thoughts on the subliminal diss? Do you think it was a harmless coincidence?