Skillibeng is dealing with a case of “jacket.”

In Jamaica, when one speaks of a man getting a jacket, it is not usually related to a piece of clothing. The colloquial definition for the word is when a woman knowingly or unknowingly offers up the fatherly role of her child to a man who is not the biological father. This is completely different from a man taking on a role as a stepfather, as with a jacket, the man is made to believe that he is indeed the biological father. It was recently brought to the public’s attention that popular dancehall deejay Skillibeng received a jacket from a female he had relations with. There is still a debate surrounding who leaked the information.

The female who goes by the name Leshii first took to her Instagram Story to bash the “Brik Pon Brik” deejay for the disrespectful manner in which he handled the situation. “This n***a de here before him buss, he was here every single day and night couldn’t get a break and now yuh buss I see the disrespect,” she said before leaving a threat. “buutttttttt I shall make you blct fall from grace.”

She continued with a string of Instagram posts, boasting content which she reshared in a video she uploaded to Youtube. “I was a b__ch when he met me, now what is the excitement for thought?” Asked Leshii in response to the backlash being channeled her way. “A woman is always wrong man too innocent right! We woman bring down each other or I guess it’s because a Leshii, the most hated female right now.”

She detailed the exact nature of the relationship she and the entertainer shared in her Youtube upload.

“When him meet me him did know seh me have a man,” she confessed. “Him never care, him still a come to me, come over me yard every f__king thing.” She explains that she told the entertainer that she was pregnant, something he okayed since he knew he had ejaculated inside of her.

“Me turn to him and me say me no ready,” a statement Leshii said Skilli questioned, subsequently leading to him blocking her on 2 different social media platforms. She eventually decided to keep the child much to the pleasure of Mr. Universe.

“Yuh see if him never think seh a fi him, all him did affi do a say Lesh you know seh me no sure and we need fi do a DNA test,” Lashii concluded while bashing how he handled the situation.

“The fact that him come a me yard with 6 boy pickney, it means seh dem know him business.” The comment hinted that one of his friends or family members most likely leaked the story to social media. “When him come him friend me up, him talk to me and him say get the baby ready cause me ago spend the day with him,” she said, explaining what happened. According to her, it is at this point he and his grandfather took the baby to a doctor to conduct a DNA test without her knowledge or her consent. 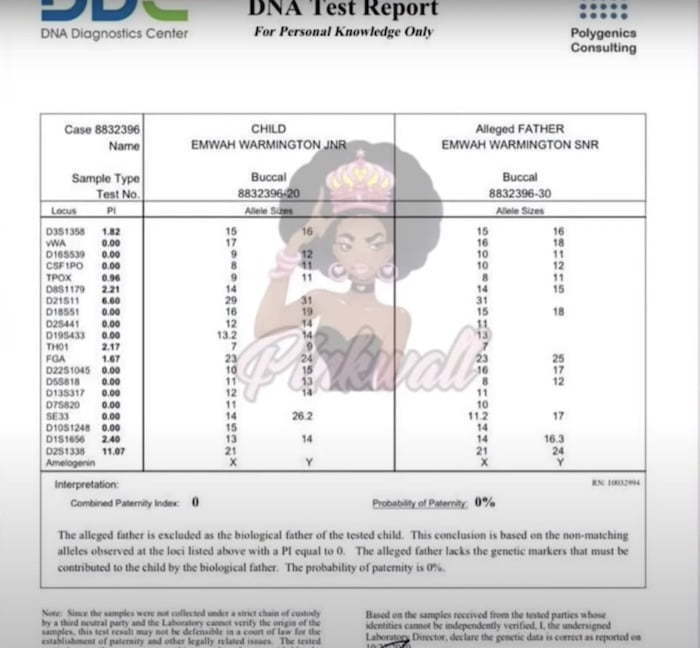 “A no like say me stop him from do what him a do, it better you did make me and you go and cuss me when you find out cause you ago feel away.” She goes on to further state that she has not received the result herself, but members of his family were provided with the info.

“Him coulda send me it [the results] and then block me, me wouldnt have a problem cause me no have no feelings fi him,” Leshii said. Another example of Skilli taking on the role of being a father without force came with the naming of the baby to one he approved of. She is still trying to come to grips with why the entertainer or someone in his camp would leak the info when he knows about all her sexual exploits and her occupation at the club.

Skillibeng has not yet come forward to weigh in on the matter. Nevertheless, social media users have been giving their take, pinpointing the wrong moves both parties made.

On one side of the fence are the persons who believe the “50 Bag” artiste is wrong for not providing her with the results. He also picks up an L for having unprotected sex with someone who had multiple sexual partners. Others argued that the child’s mom should have educated Skilli that another man had ejaculated in her.

What are your thoughts on the matter?