Prince Swanny has some new legal troubles on his hands over marijuana.

Rising Trinidadian Dancehall artiste, Prince Swanny, has been arrested on suspicion of possession of marijuana for the purpose of trafficking. He is one of the influential artists in the Trinibad scene on the island. Trinidad is the name given to Dancehall produced on the island.

According to police reports around 3.30 pm on October 27, officers of the Guard and Emergency Branch who were on mobile patrol along the Beetham Highway stopped and searched a black Mercedes Benz with the registration number PCF3749 driven by Taryll Swan aka “Prince Swanny”.

The 23-year-old who is a resident of School Street Carenage was arrested along with two other occupants, Daniel Charles aka “bamboo” of 26 Haig St, Carenage and 18-year-old Akeem St Hill of Arima. 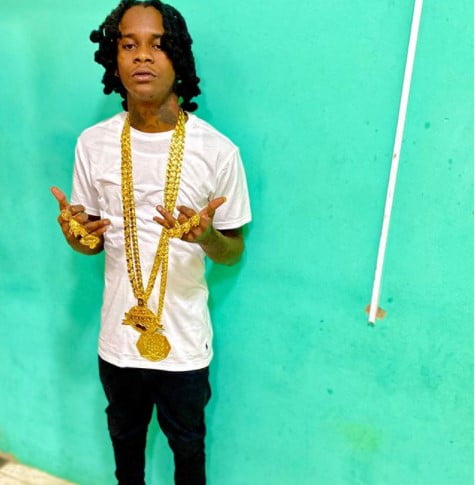 Police said they found 1.5 Kilograms of compressed marijuana during their search. The men were all granted bail. He is one of the few artists to have commercial success with the Trinidadian brand of Dancehall. His 2020 song Crazy and Evil, has over 1.4 million views on YouTube. He is also known for some of his other songs like “Die Tonight”, “Breadwinner” and “Watch Your Friends”.

This is not his first run-in with the law as earlier this year in July he was arrested for possession of marijuana. He was one of the artistes who came together to form a peace deal trying to end turf wars between two warring gangs. Many other artists joined that initiative. They included Toppy Boss, Medz Boss, Lawless, Magic, Siah Boss, Bravo, Leo King and Leroy. The deal was eventually brokered largely because of Swanny’s presence and influence.