Roddy Ricch and Nipsey Hussle’s relationship preexisted way before the late Compton rapper released their collaboration “Racks In The Middle.” As relayed by Ricch, the late Crenshaw rapper was one of the first rappers from the West Coast to actually issue him a proper co-sign, something he will forever be grateful for. He has shown just how dear of a friend and mentor the Marathon man was to him when he tatted his face with the word ‘Prolific’ just months after the Hussle’s untimely passing. Ricch is once again paying homage to the great voice of the West with a bit of bling.

He recently secured a sentimental piece from renowned jeweler Elliot Eliantte. The “Crown Of Thorns Memorial Charm” comes equipped with a pivoting mechanism that doesn’t only allow Ricch to keep the memory of Nip close but also those of one of his dearest friends JNew. 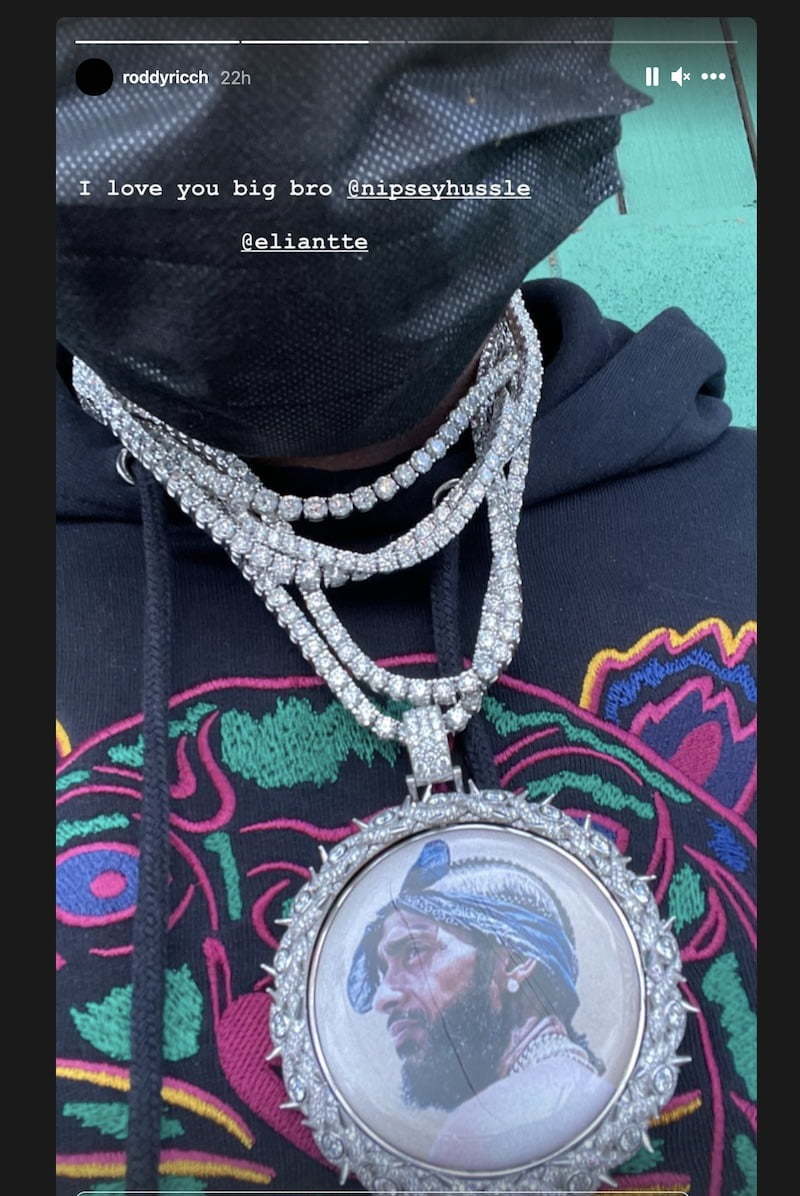 Ironically, the last song released by Nipsey Hussle before he was shot and killed outside of his clothing store in LA was “Racks In The Middle.” In the case of J New, he passed away when his car was wrapped around a tree following his involvement in a high-speed chase just a week after the release of Roddy Ricch’s track, “Die Young.”

He shared an image of the chain and the pendant showing Nipsey’s side of the gleaming masterpiece to his Instagram Story. “I love you big bro,” he penned in his caption.

Along with the iced-out neckpiece, the “Please Excuse Me for Being Antisocial” rapper also secured a cool timepiece from Eliantte.