Iggy Azalea has clarified that her son’s father is very much still in his life after causing some confusion with her earlier statement.

The “Dance Like Nobody’s Watching” rapper had her fans assuming that Playboi Carti no longer played a role in raising their son Onyx after she declared on Instagram, “I’m raising my son alone.” The original post was followed by the words, “I’m not in a relationship,” which served to confirm that she and Carti had called it quits, ending their 2-year romance. But seeing as almost everything has the power to be misconstrued and misinterpreted on the internet, Iggy Azalea has since clarified what exactly she meant as far as the “@ Meh” rapper is concerned.

“Nothing I said was intended to make it seem like my sons father isn’t part of his life but I’ve noticed a lot of people took it that way, so I wanted to clear the air,” the 30-year-old wrote in her Insta Story. “Onyx is so so loved by his dad & has always had both parents in his life from day 1.” 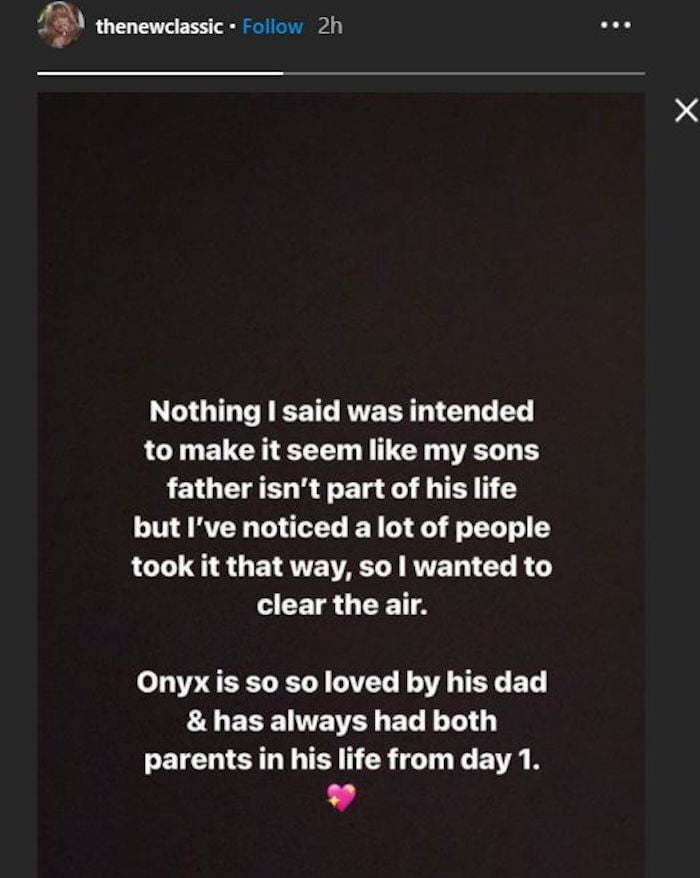 Playboi Carti has so far remained silent on all the drama regarding his role as a father and boyfriend, but Iggy Azalea’s posts have made it seem as though the Georgia rapper is the one who caused their demise, writing on IG, “You lost a real 1!!!” She also vented about her former partner taking her loyalty for granted while calling him out for being a liar. She did not specifically state why they brokeup.

Amidst the breakup, Iggy took the opportunity to properly introduce her son to the world by posting the first photo of Onyx on her Insta.