JayDaYoungan and NBA YoungBoy’s baby mama had a public spat on Twitter.

Louisiana rapper JayDaYoungan is known for a few things outside music. He got some unfavorable publicity earlier this year when he was arrested for allegedly putting hands on a pregnant woman. Cops found the rapper hiding in his attic at home, where they seized thousands of dollars in cash, firearms, and various drugs. JayDaYoungan is making headlines once again for his beef with NBA YoungBoy’s baby mama Jania.

Jay shared some old photos of him and Jania – who he claims wanted him to give her a baby – to his Instagram story. This prompted Jania to take to Twitter to address the romance rumor. According to her, it’s the rapper who wanted to be her baby daddy, not the other way around. It’s all a bit low-budget soap opera if you ask me but basically, Jania shared a screenshot of her and JayDaYoungan’s DM conversation to prove that she did not come onto him.

One of the photos JayDaYoungan posted to his Instagram story was of him and Jania kissing, so there’s no denying that the two have history. NBA YoungBoy’s baby mama saw the photo circulating and tweeted, “The fact I haven’t talk to you in a year you’re weird,” she wrote. “I guess he mad I don’t fw him.” She continued, “Im embarrassed for myself but f**k it,” seemingly acknowledging the history between her and the rapper. “I took my L for that sh*t in 2019 move around.” 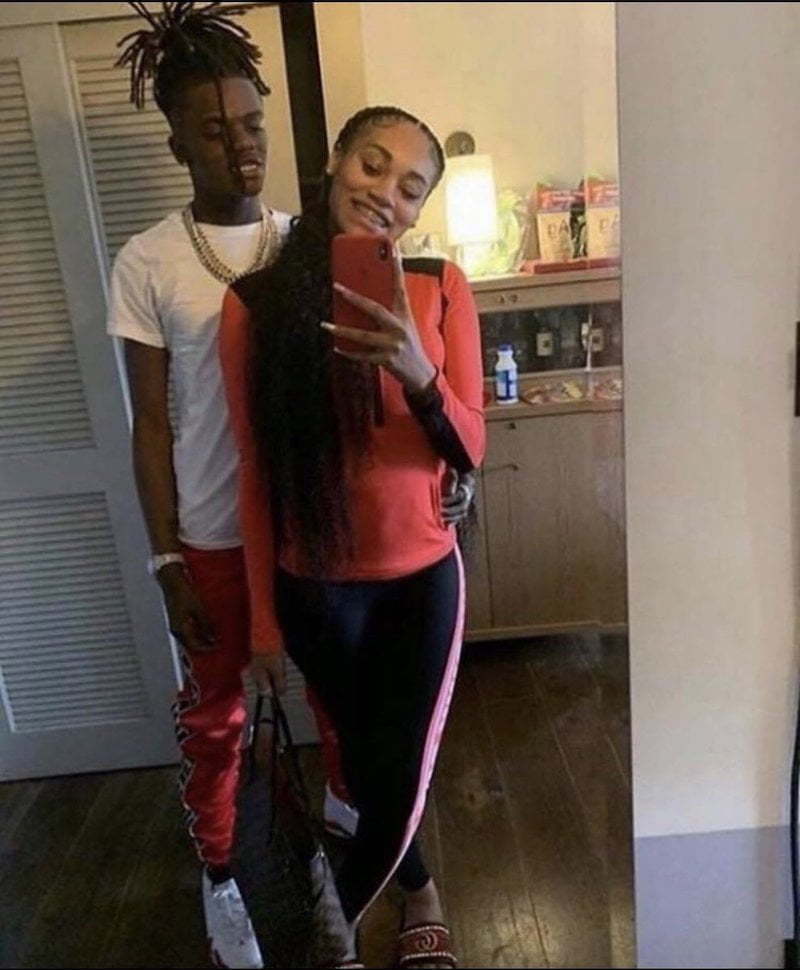 In the Twitter brawl that ensued, Jay alleged that Jania once wanted him to run the red light (if you know what I mean) and begged him to give her a baby. “You posting them weak a** DM’s & playing on my name B***H YOU WANTED ME TO BE YO BABY DADDY! you want me to post them messages of you begging for a child I’ll take it there,” he threatened. Jania wrote back, “Nah just post yo bank account let’s compare.”

In another tweet, JayDaYoungan claimed, “Your card was declining when you was swiping it in LA remember,” to which Jania responded, “No I remember you spending the last lil change you had on my sh*t.” In an Instagram Live video, Jania was all the way hyped with her friend as she accused Jay of wanting to be her baby daddy. In the video she asserts that “He just wanna be my baby daddy but nobody can be my baby daddy ’cause Kentrell is number 1 b***h!” she said lauding her actual baby daddy NBA YoungBoy who previously had beef with Jay. She later tweeted, “Lol he win, I’m done bye.”

Chile, #Jania and #JayDaYoungan going back and forth after he shared some old pics of them ? (Jay had beef with Jania’s baby daddy #NBAYoungBoy) SWIPE (Via @theshaderoomteens @wegonetellit)

JayDaYoungan has since deleted his side of the spat, but Jania has every last word she typed still on her page. Most fans are questioning if the rapper just started the drama for some clout, especially since so many of them still have no idea who either of these people are.