Rumors have been circulating for the past couple of weeks that Jania Meshell and YBN Almighty Jay are dating, and this is perhaps the best proof yet that we have a budding new couple. Jania is best known for her past relationship with Baton Rouge rapper NBA YoungBoy. The former couple has a child together and became headline news last year for their volatile relationship and rumors of them both having herpes. After giving birth, the social media socialite laid low for a while and made sure she shielded her newborn baby from the savagery of social media trolls.

Turns out, Jania Meshell is back in the public spotlight for her budding relationship with another young rapper. She shared the below Tik Tok video of herself hanging with YBN Almighty Jay. The viral clip shows Jania dancing for the Tik Tok cam started in the bedroom while Almighty Jay plays PlayStation. She then performed the same dance in different locations, perhaps started a new challenge in the process. 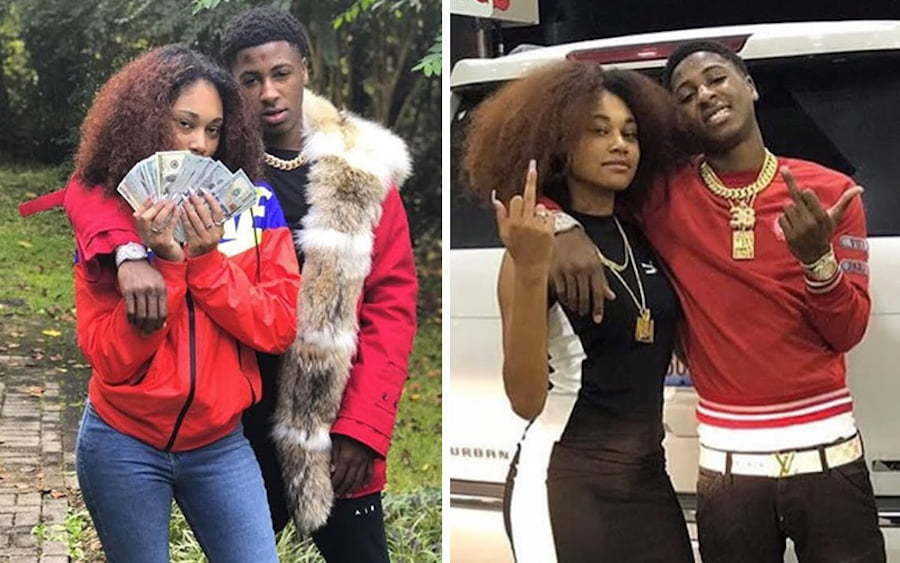 Fans have been sounding off on the clip, with most of them mentioning NBA YoungBoy and expressing their disappointment in her decision to date YBN Almighty Jay. “I was rooting for you! We were all rooting for you! How could you?” one fan wrote while another added, “Omg girl no ! You was supposed to find a baller or something after the glow up.”

NBA YoungBoy has since moved on to dating Floyd Mayweather’s daughter Iyanna Mayweather and a bunch of other women and even adding two new babies to his last name. YBN previously dated Blac Chyna and DreamDoll.

#PressPlay: #Jania showing off her Tik Tok skills while kickin’ it with #YBNAlmightyJay!!