J. Cole is hinting at his new album dropping soon.

We haven’t heard from J. Cole’s alter ego kiLL Edward for a hot minute, but it seems he’s making a comeback on the rapper’s new album The Fall Off. Cole’s long-awaited sixth studio effort was first teased on “1985 (Intro To The Fall Off),” the final track from his critically-acclaimed 2018 album KOD. The platinum-selling effort featured kiLL Edward on two tracks, “The Cut Off” and “Friends,” which have both since been certified gold by the RIAA.

J. Cole revived kiLL Edward’s Instagram account on Sunday (October 4) when he prompted fans with the promise of “something special” that’s about to happen. Taking to his stories via his alter-ego, the rapper wrote, “Damn been off for awhile but ima make sure we end 2020 something special!” he wrote with the side-eye emoji. “Stay tuned hope y’all ready!” a second post read. 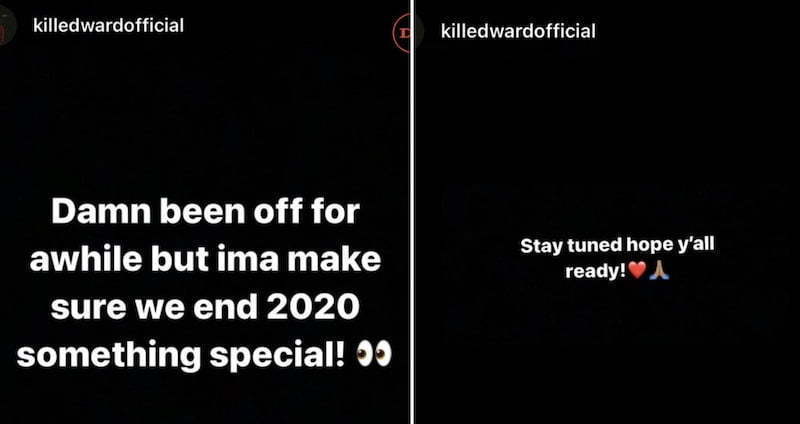 Cole released two of the songs from the impending project in late July. An extract from the album in the form of the pair of singles “Lion King On Ice” and “The Climb Back” arrived on an extended play called Lewis Street. That month, the rapper also hinted at The Fall Off being his final studio effort in his Players’ Tribune editorial. He revealed that he has other dreams he wants to pursue like basketball and was even invited to try out for an NBA team.

“On my career bucket list, there remain a few more items to check off before I give myself permission to enter whatever the next chapter of my life may be,” he wrote. Fans are still hoping that what he really means is he has a “few more albums” to check off. The Fall Off follows J. Cole’s fifth consecutive No. 1 and at least Platinum-certified studio album, and the highly-anticipated project is expected to follow suit.

Do you think J. Cole has a surprise drop in mind?