Chris Brown may have a new boo and Diddy might not be happy about it.

R&B singer Chris Brown and battered ex-girlfriend of rap mogul Diddy were recently photographed holding hands, a shot that has already led to rumors of the two dating. It seems fitness model Gina V. Huynh was photographed with Breezy while on the set of a new music video being shot with Young Thug. Actor Johnny Messner, who also has a role in the production, shared a photo of Breezy and Thugger while they were backstage. He dropped a #CityGirls hashtag along with the now-deleted post, which hinted at the name of the track.

“City Girls” comes in at number 9 on the Thugger and Breezy collaborative effort Slime & B, and follows two other interconnected music videos, “Go Crazy” and “Say You Love Me,” respectively. The vehicular props and the Suit-like attire being sported by both Breezy and Thug hint at the video being set in the 1940s-1950s, which means Gina’s getup of a green copped sweatshirt, matching pants, and red open-toe heels could mean she was not involved in the actual shot. As for the moment where both were holding hands, it is hard to decipher if this was actually for the cameras of if she was just there to support Breezy. 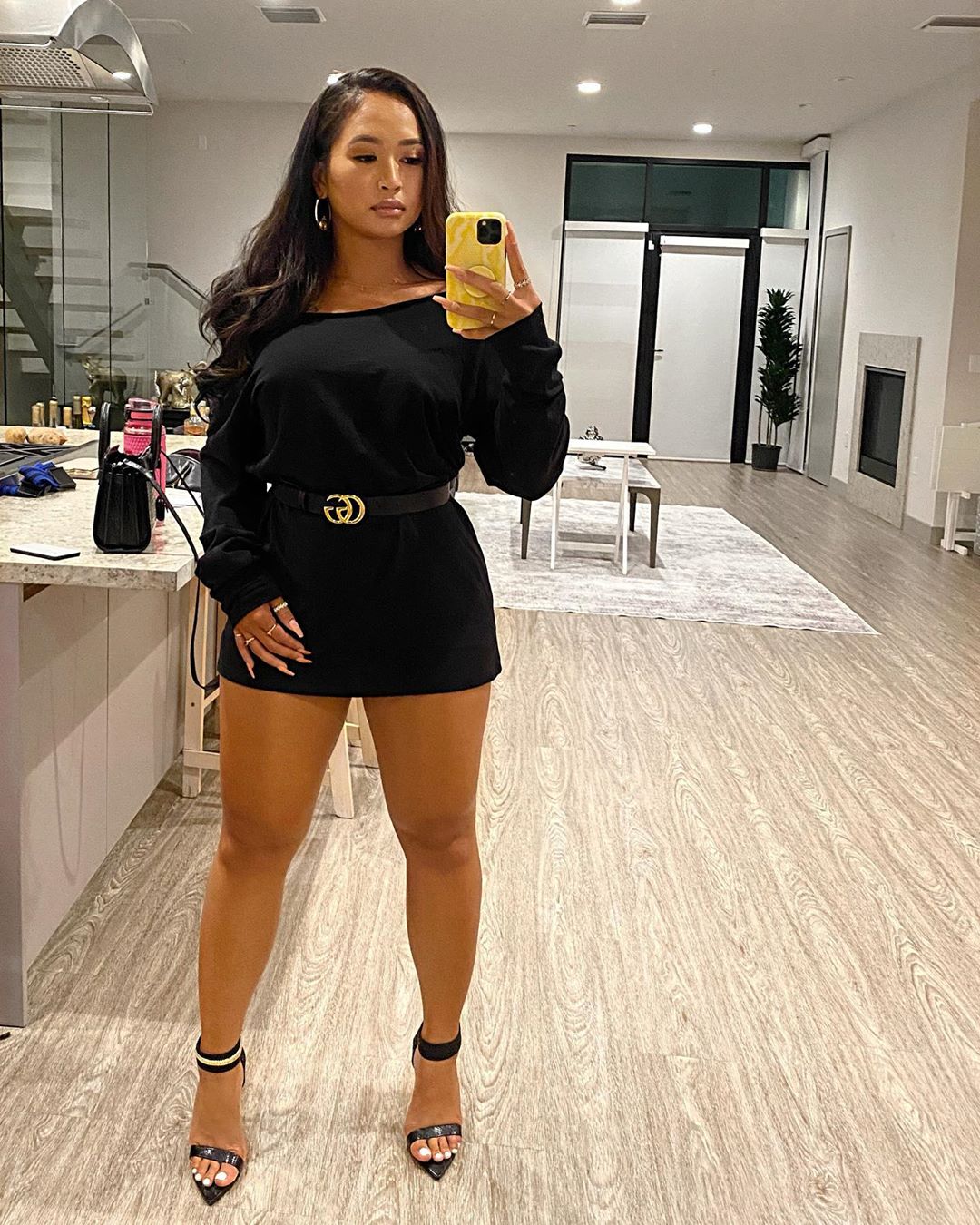 One thing that has been fueling the rumors is Gina’s skin tone and ethnic background, which seems to include hints of Asian. According to critics who have analyzed the singer’s past relationships, this is the look that Chris Brown usually goes for. Some of Brown’s past ex who share similar looks include Ammika Harris, Agnez Mo, and Karrueche Tran. Still, persons who have already bought into the rumor are asking Gina to be careful in relation to Chris Brown’s history with domestic violence. This comes as persons reflect on the gory details of cheating, domestic abuse, and forced abortions the model said happened at the hands of one P Diddy over their five years relationship.