Spice revealed that her estranged baby daddy once tried to take away her house.

Nearly a week ago, Magnum Tonic Wine ambassador and reigning Queen of the Dancehall, Spice, was present for the companies “Tek Charge A Di Moment: 21 Questions” Q&A. During the session, she provided quirky answers to questions ranging from her new love interest to when fans would be getting new music. While the female deejay was not able to answer all 21 questions, presumably due to the battery in her mobile device dying, she still managed to give some pretty interesting responses, with some seemingly ruffling a few feathers.

In one question, the Love and Hip Hop Atlanta star was asked if she would sign a prenuptial agreement if she were to get married. While giving her response, Spice gave a short backstory, which ultimately involved her ex-finance Nicholas Lall.

“If I’m more well off than my husband him affi sign a prenup because me nah work so hard and then man come tek weh my little things,” she said before providing details on just how long she has been in the business. She did remark that if the shoe was on the other foot, and she was marrying into wealth, a prenup would not be necessary. “it depends on how well off my husband is, because you never know who you gonna fall in love with. Maybe I would be more well off than the person or him more well off than me but it all depends because me nah make no man come take weh my supm dem,” said Spice. 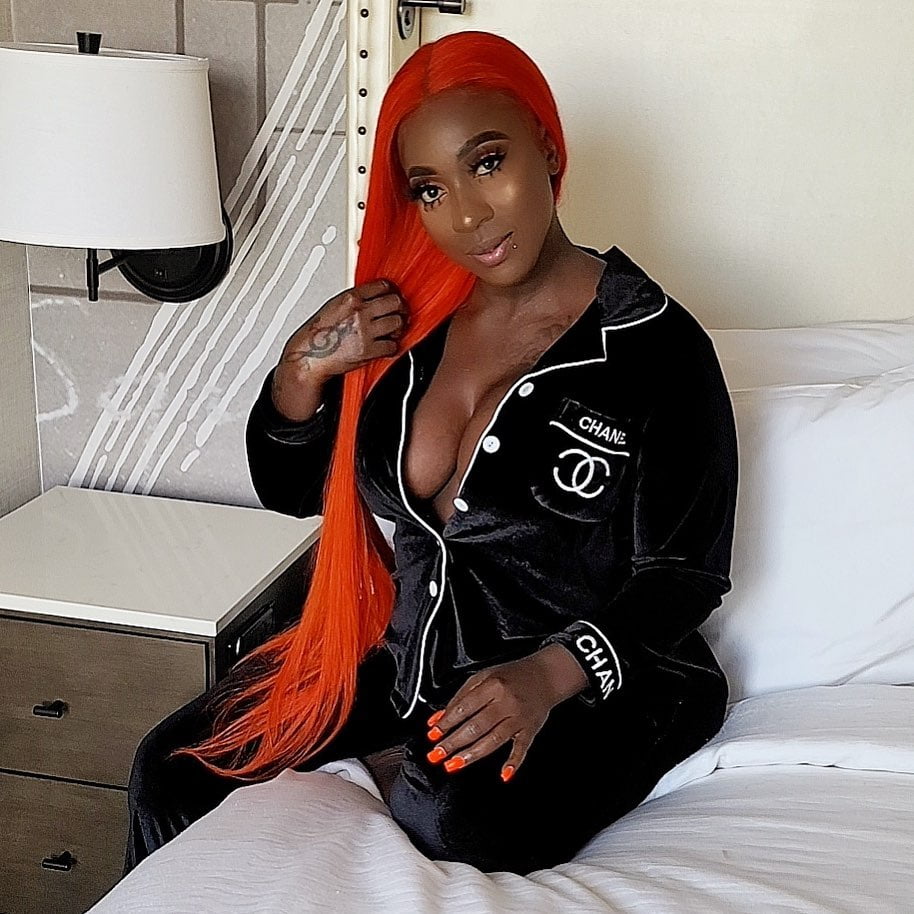 It is at this point that she injected Mr. Lall, the father of her two kids, Nicholas Jr. and Nicholatoy. “Member my baby father eno. A 10 years me and him de eno, decade, and him lie down beside me everyday that man tell me say him love me,” she recounts. “The man kiss you see, everyday the man remind me say him love me and you see when me and him left…. the man wa carry me go court fi take weh all wa him don’t know about,” Spice explained with a burst of crooked laughter. Even after stating that she would not reveal any other details on Magnum Tonic Wine’s official Instagram page, she was unable to move past the question without first revealing that Lall wanted control of her house. “Likkle most me pickney dem no live nowhere,” she said, expressing what could have been the likely outcome.

Nicholas Lall and Spice, whose real name is Grace Hamilton, called their topsyturvy relationship quit back in 2015. Sadly, it seems that since then, they have not been able to reconcile their differences, which have resulted in multiple face-offs and throwing of shades on social media. A couple of days following Spice’s Q&A, Nicholas took to his Instagram account to drop off a couple of posts, seemingly addressing what was said. 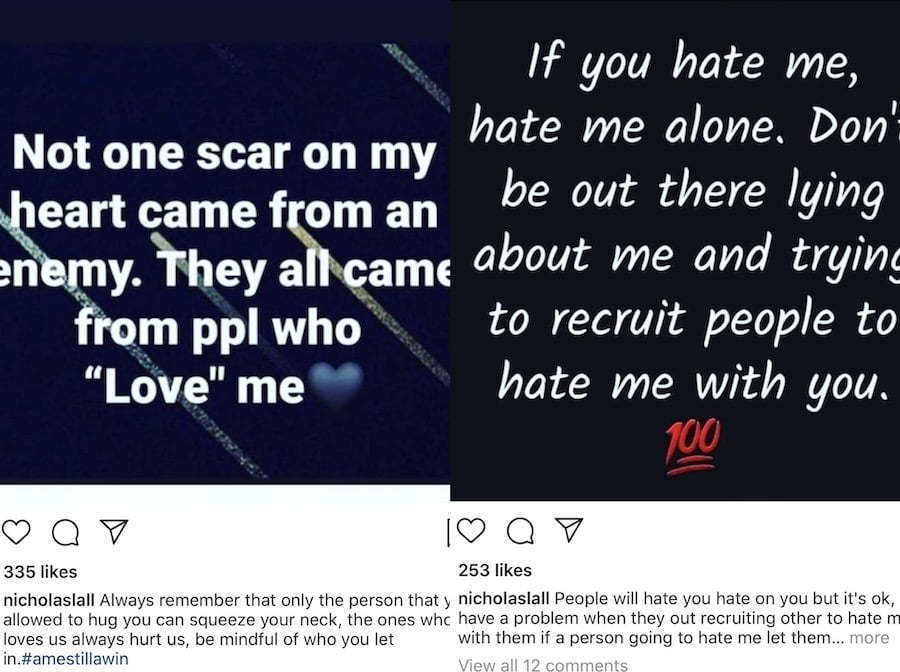 “If You a hate me, hate me alone. Don’t be out here lying about me and trying to recruit people to hate me with you,” he instructed in his post. In another post uploaded to his Instagram account, he wrote, “Not one scar on my heart came from an enemy. They all came from people who ‘love’ me.” He continued the message in the caption area of his post, instructing his followers to remember that “only the person you allow to hug you can squeeze your neck.” He then used a hashtag to let it be known that he was the one winning [“#amestillawin.”]

Spice has not yet provided a followup comment or video and instead seems to be busy with her new clothing line Graci Noir.

As it relates to the Q&A, some fans felt that they did not receive an answer to the most important question of all, which centered around her relationship status with the ‘rastaman’ she was photographed kissing.