Alicia Keys is dealing with some verbal attack from singer Jaguar Wright who is questioning her sexuality.

R&B and neo-soul singer Jaguar Wright seems to be taking a break from music and is instead focusing on more scandalous ventures. A quick review of her Instagram bio will reveal the statement listed below, and it seems she his hellbent on fulfilling her mission, no matter who gets hurt. “I Am .. that’s all. Many questions will be answered this year. My goal is to become [the queen] of transparency. Stay tuned!”

She has previously hurled insults against quite a few people, including The Roots, with whom she has collaborated, Common, Mary J. Blige, Summer Walker, and now the usually unbothered Grammy winner Alicia Keys. 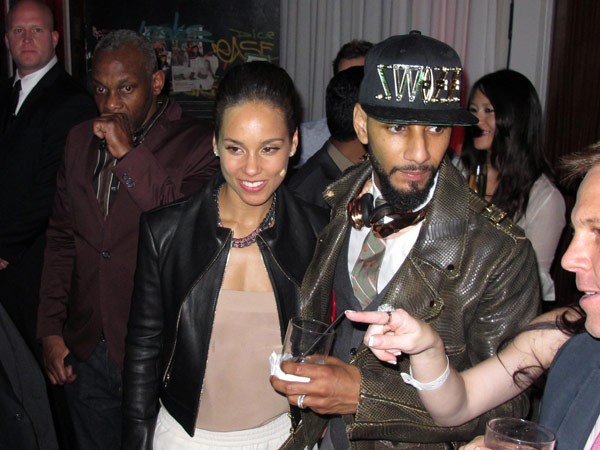 Everyone has some form of a skeleton in their closet, but it’s pretty hard to pick any which have dangled from Alicia Keys. The only bit of drama that has seemingly founded the “No One” singer came when it was alleged that she hooked up with her husband Swizz Beatz at a time when he was still married to Mashonda Tifrere. Keys stood her ground during the unraveling, stating that the producer and Tifrere were separated for some time before they started seeing each other. All three have since worked out their differences, which has fueled Tifrere book on co-parenting and blended families.

Still, Wright decided the past events needed to be rehashed and did so in an expletive-laced rant from her car as she smoked a blunt.

“That woman invited you up in her house thinking that you was an artist and you was coming in to steal her husband Alicia Keys, you f**king goofy b**ch,” she said.

Wright also came for Alicia’s sexuality, mentioning that she only got married and had kids to mask her liking of the fairer sex. She also detailed that both her and Keys were intimate with the same man at one point, which has blessed her with a wealth of juicy details about the “Unbreakable” singer.

The entire rant can be viewed below.