Fans of G Herbo had to look twice at the latest picture of the rapper. MGE Buckz may not be a name familiar to many hip hop followers, but Google searches for the up-and-coming artist are likely to soar after Herbo featured him in an IG post. The “Shooter” rapper posted a photo of himself alongside the LA artist, and the resemblance was uncanny. Despite being half a head between the rappers, one would be forgiven for thinking they saw double in the snap, and even Herbo realized that he had a doppelgänger running around the city.

“MY POPS GOT SOME EXPLAINING TO DO,” he captioned the pic along with several laughing emojis. The comments were made of gold as Chicago singer, Josh K, wrote, “He look like yo 2K created player,” while “Finer Things” rapper, Polo G, quipped, “Which one u?” Haitian-born artist MiG Arogan also weighed in with, “No limit & Speed limit,” and Lil Durk remarked, “G Curvo.” 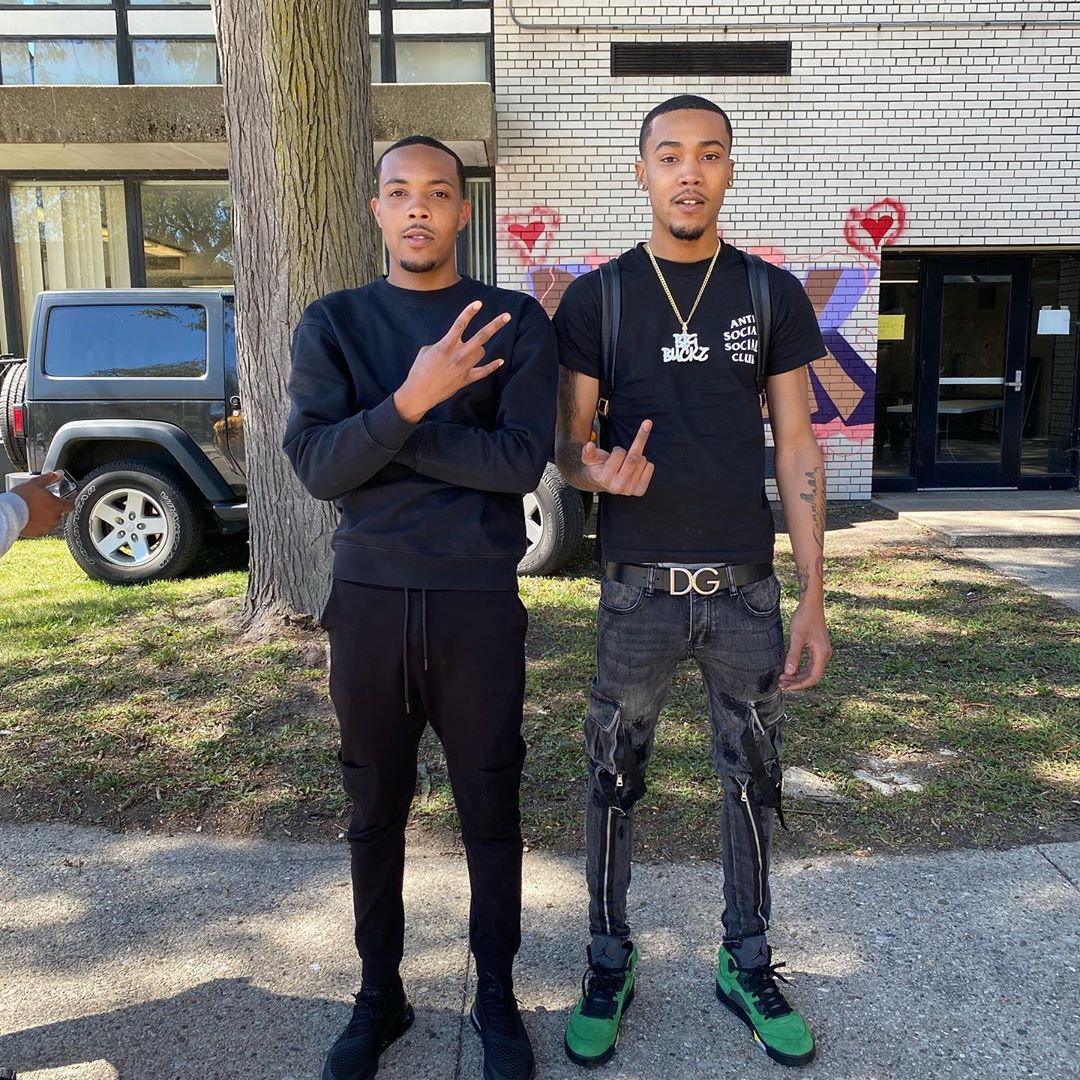 Aside from posing with his supposed twin, G Herbo has been having dealings with international police over his recreational drug use. When the 24-year-old traveled to Mexico with two ounces of marijuana in his bag, there was always a chance that it would be discovered by the authorities. According to the video he posted on IG from the airport, Herbo avoiding doing time by bribing the officers with $2,000, and his security team had to fork out the same amount to thwart the same fate. “They took all my weed, I’m mad as hell,” he said. “I’m [about to] get so damn drunk this trip, now. They took the doink. These b****** so slick out here.”

Thankfully, G Herbo made it home just fine and on Saturday, joined his fellow Chicago artists for a back-to-school charity drive at his old elementary school that he purchased in 2018 and has transformed into a youth center.

MY POPS GOT SOME EXPLAINING TO DO ?????? @hunnitbuckclubbuckz