Joe Budden is being exposed for allegedly abusing his ex and baby’s mother, Cyn Santana.

Ever since Joe Budden announced that he would be leaving Spotify at the end of his contract and finding a new home for his popular podcast, he has been in the media for constant propaganda. After his ex-girlfriend Tahiry accused him of domestic abuse, his son’s mother is now making similar claims.

According to court documents that surfaced online, Cyn Santana was seeking sole legal and residential custody of her and Joe Budden’s son Lexington Budden due to her ex-fiancé’s substance abuse problem that she says “impedes his ability to properly care for” their son properly. She also explained how Budden’s use of drugs and alcohol made him both physically and sexually abusive towards her.

Cyn detailed one occasion where Joe Budden allegedly tackled her in bed, dragged her to the floor, and when she broke free, he chased her through several rooms and floors, before subduing her in a fetal position where she was vulnerable to an attack from his dog who was riled up by the physical assault on her. Cyn says Joe confiscated her phone and refused to give it back even when he demanded that she leaves the home. In a phone call that also leaked online between Budden and Santana, the model accused the podcast host of kicking his own baby out of his house. 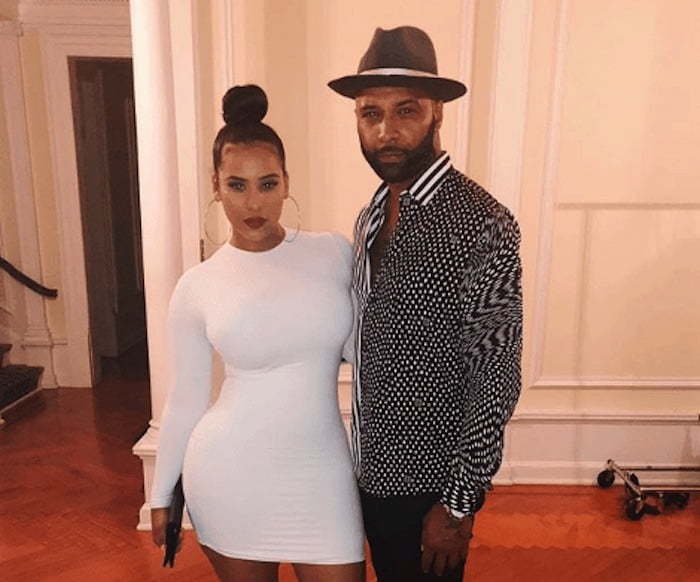 Cyn Santana reportedly told attorneys that she did not want her son to be left alone with his father. She recalled one particular incident in November 2018 when she had a professional obligation that resulted in her leaving the baby with Joe, but that did not end well. “Upon my return home, however, I discovered Defendant to be passed out, while our son lay in his crib, crying and with a soiled diaper,” Santana wrote in court documents. She noted that she never left the baby alone with him ever again after that incident.

During the leaked phone call, Joe Budden fails to recall beating and dragging Cyn at his Montclair mansion. He also seemed to believe that there was hope for their reconciliation no matter how many times Cyn shut down the idea. She submitted with court documents evidence to support the claim that though they were broken up, he refused to accept it.

Another incident she detailed involving their son’s nanny ended in the child-care professional resigning from her post after being verbally abused by Joe, who sought to add informant against Cyn Santana to her job description. Joe Budden allegedly asked that the woman provide Cyn’s new address and called her a “dumb b**ch” for not complying with the spy mission. “Finally Defendant let the nanny leave if she promised to take a picture of me at my Bogota home,” Cyn said in court documents. The woman who allegedly felt threatened and thought her safety was in jeopardy quit the very same day.

As one fan pointed out on Twitter, Joe Budden’s history of abuse has been well documented, so it’s interesting to hear people referring to these recent revelations as a “smear campaign” and not merely the truth coming to light. In 2016, Budden pleaded guilty to disorderly conduct after he was accused of beating his ex-girlfriend and stealing her cellphone, He was reportedly charged for robbing her, pushing her head, and choking her.

Similarly to Cyn Santana, Budden’s ex Tahiry Jose also recently spoke out about the abuse she endured during her relationship with the Love & Hip-Hop star and revealed that she too was attacked and dragged on the floor during one particular incident.

Do you think this is nothing more than a “MeToo” campaign to soil Joe Budden’s reputation or is the man he really is finally being revealed?