The fastest man in the world is also a Leo, and his birthday antics were the usual lavish affair despite him hanging up the spikes. Usain St. Leo Bolt just celebrated his birthday in fine style with close friends and chilled vibes in Kingston on August 21. The sprint legend’s partner Kasi B, “outdid herself” with a surprise party fit for a king in quarantine. The month was already off to a winning start too, as Bolt debuted his special edition branded PUMAs, even getting a nod and congratulations from the Prime Minister. 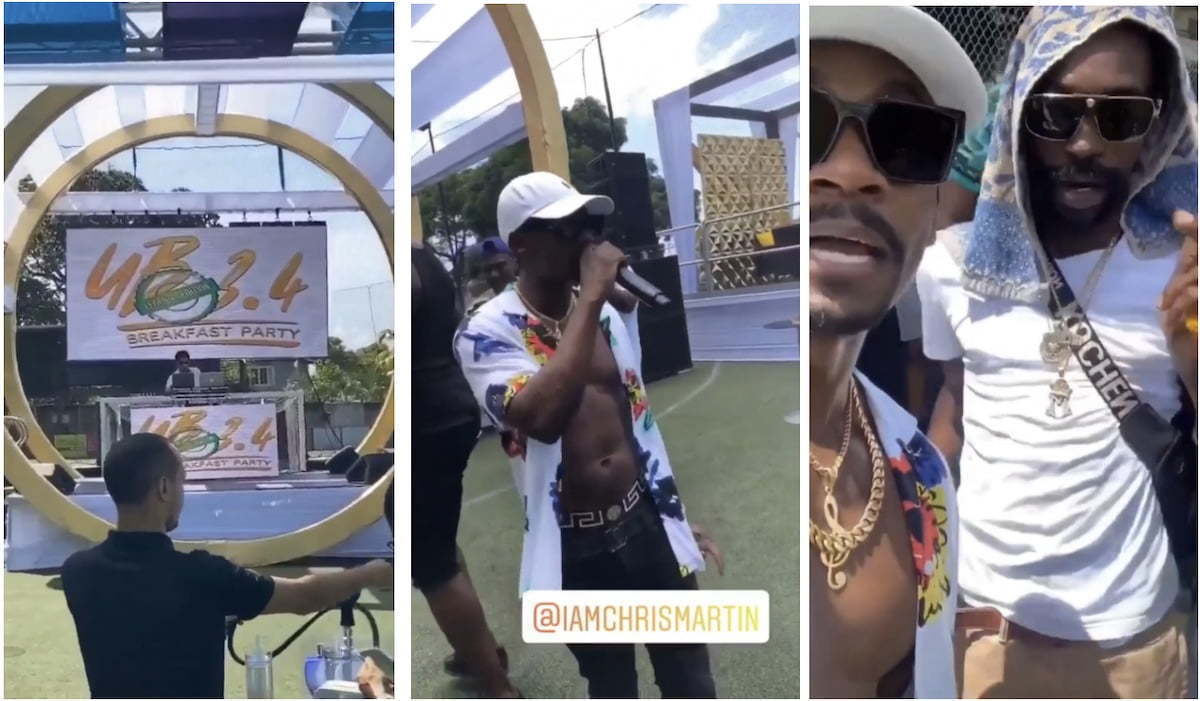 Only an esteemed figure like Bolt can draw out dancers, entertainers, sports stars, and more for a swanky breakfast party. The likes of Leon Bailey, Raheem Sterling, Chris Gayle, Christopher Martin, Ding Dong, Desha Ravers, Munga Honourable, and more, all attended the secluded celebration. Bolt was seen turning up to Koffee’s Lockdown as the Ravers Crew kept the hype going with Desha’s new “Gweh” dance. Chris Martin and Ding Dong performed a few hits from Bolt’s Olympe Rosé Riddim among others, in an occasion marked with an intimate setup, where all could let go of their pandemic blues.

For Usain Bolt, however, there was no better moment than quality time with his little girl. He captioned a sweet snapshot of himself and Olympia, “Best Birthday Ever,” which for him, cancels out the fanfare and spectacle of previous years. August is typically a festive time for the former athlete—between August 16, 2008, and August 19, 2016, Bolt won 20 Olympic and world championship gold medals in 21 events. His success has yet to be eclipsed, and that mind boggling feat has made one of our own the greatest sprinter of all time.

On August 21, 1986, the world welcomed a future legend. He would go on to become the world’s fastest man and achieve the seemingly unattainable. He captured the hearts of not only his fans but a one, Kasi Bennett. They would then have the most beautiful child out of pure love, Olympia Bolt. And thus began his greatest journey yet… Happy birthday to the man I am blessed to call my love. Olympia has the the world’s greatest daddy. The way you love us is otherworldly and I hope we made this day the most memorable birthday you’ve ever had! We love you so much my baby. I won’t do much writing (after that hella long letter this morning) but know that you are God-blessed and high favoured. I love you baby. My king forever ??