Shenseea gets real candid, declaring that no one in the music industry can state, “Me f**k Shenseea.”

Jamaican songstress, Shenseea, gets plenty of hate from all directions. She has risen quite quickly in her career over the past few years, collaborating with various artists locally and internationally. Her tracks always run up numbers, and whenever the princess of dancehall releases a new track, you can be sure to see it at the number one trending spot on YouTube. Sadly, she is often criticized for this as many have claimed that her manager Romeich, has bought her views and that she has slept her way to the top.

Throughout the years, it has been rumored that the “Blessed” singer has been in a relationship with her manager, both parties have vehemently denied all claims. Critics have further alleged that she has also been with super-producer Rvssian citing the pair’s close relationship and the many gifts that Rvssian has publicly given to her. Shenseea has also been name-dropped with Drake and Meek Mill.

Back in October of 2019, American rapper 21 Savage seemingly exposed Shenseea while on a live Call of Duty game session with Meek Mill. 21 Savage regarded the Jamaican songstress in one of the most disrespectful and degrading ways you can ever class a woman. In the audio, 21 Savage can be heard asking Meek, “You know that Jamaican h*e Meek, Shenseea?” 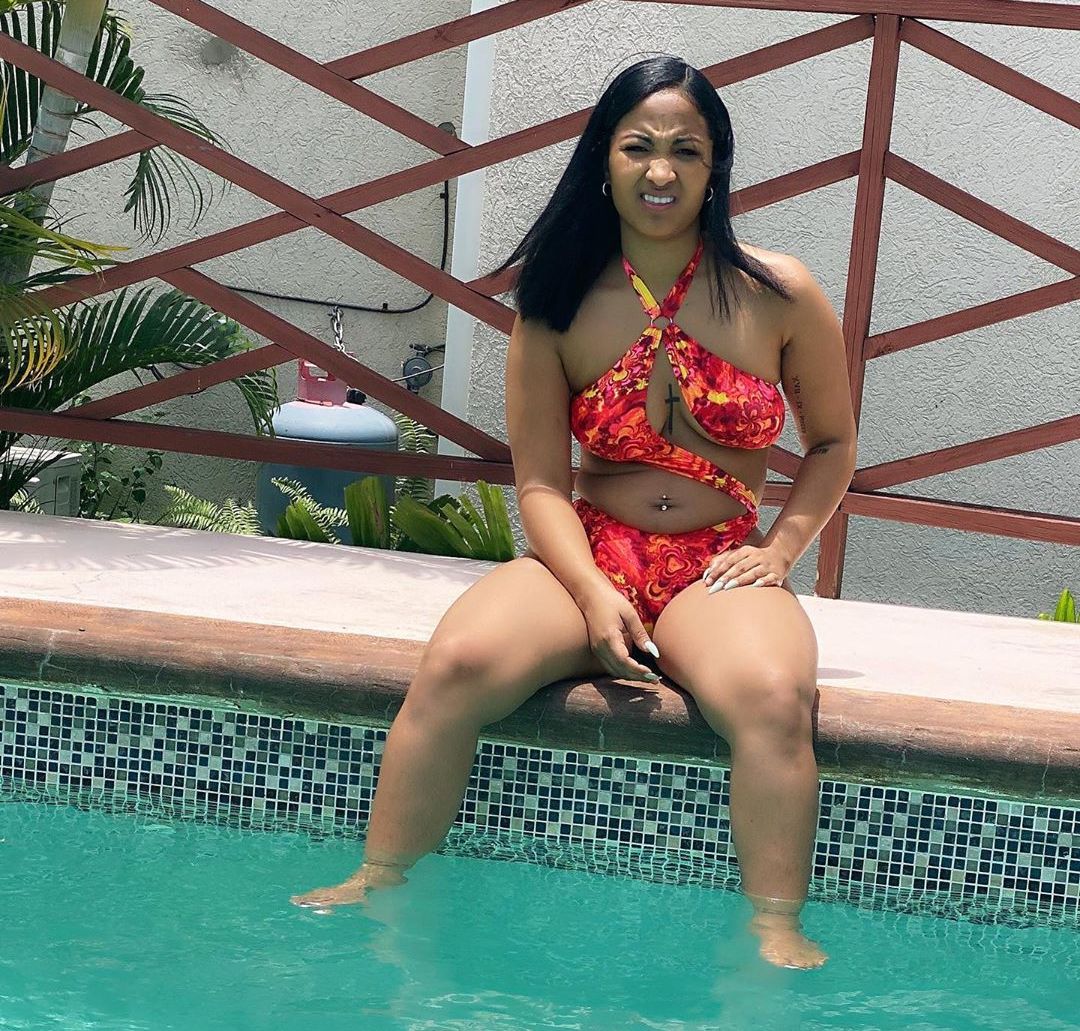 Meek replied to 21 Savage saying, “You know 30,000 people listening to this, 21, right?” which got an “Oh hell nah, you lying,” from 21 Savage. The “Immortal” rapper later attempted to save face addressing the scenario by posting this message on Instagram, “Dam I can’t tell meek who music I f**k with? Im a fan!!! And I have to stop using the word h*e as a terminology for women cuz it Isnt acceptable!…apologies to her I hope she will work with me now after y’all done made this look like some other sh*t.”

However, the damage was done. This incident only added to the many rumors claiming that Shenseea is promiscuous. Now she has previously addressed these rumors informing fans that she does not sleep with those whom she works with, and today she once again spoke out about the issue, although it was completely done unexpectedly and out of the blue.

Taking to her Instagram account earlier today, Shenseea decided to get some things off her chest. Now it is unknown who, why, or what provoked her but it clearly was enough to get on her bad side and to have her speaking up about her sexual activities.

“No artiste or producer ina Jamaica never yet sex me and me put data pon my own life!!!!!!! Don’t try size up! Not even proof unu have can prove a theory cuz not even flirt me flirt wid unu bou ya!!! Nuhbody!!!!!! Ina da industry ya can say ‘Me f**k Shenseea’,” she wrote in bold letters on her IG Story. The word artiste was highlighted in pink while producer as highlighted in green. 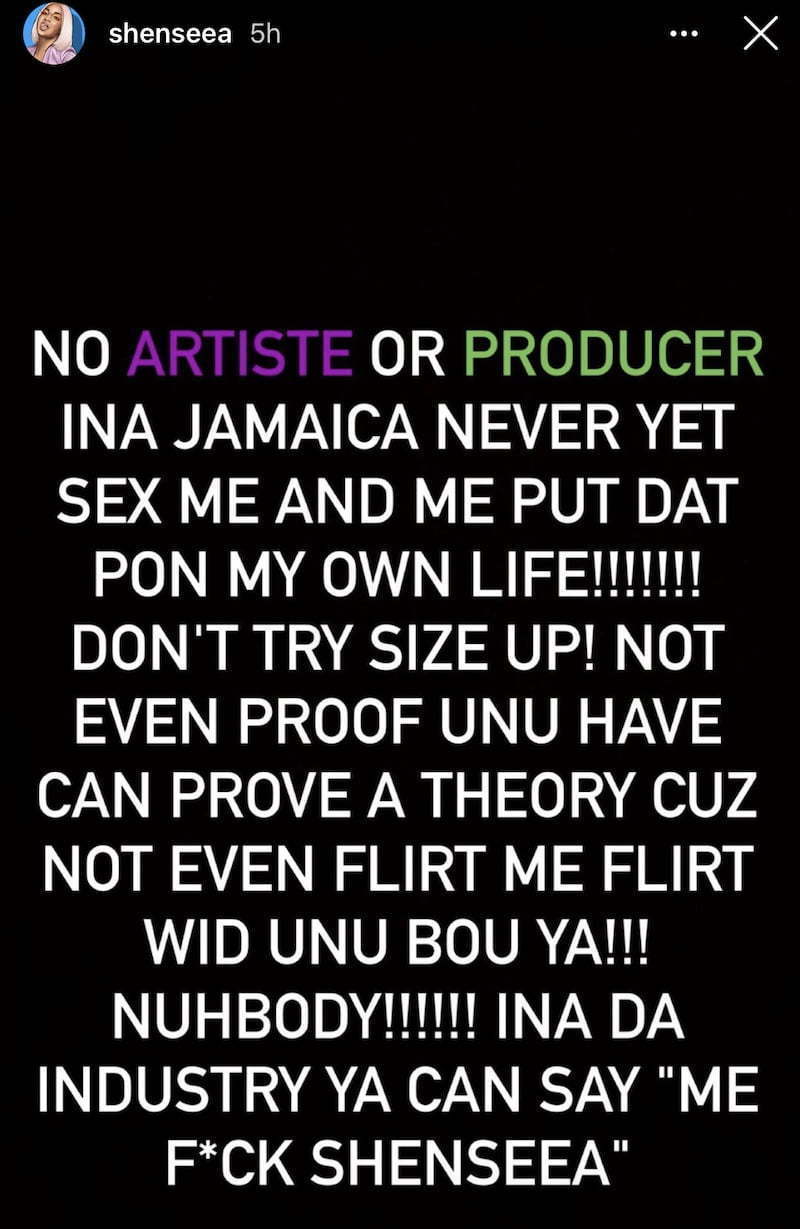 Despite the proclamation from the artiste, there were still those who took it upon themselves to point out key details that still allow them to derive that she sleeps around. One user commented, “Unu see how she don’t say manager,” while another added, “A chu cah Russian live a farin.”

Still, others defended the artiste while suggesting that she ignores the haters in the future. “Talk outta u nice clean mouth yaa mi artiste. Dem feel like a everybody a loose gyal,” and another user added, “Oh sometimes you just need to ignore some things once you know it’s not true.”

At this point, it doesn’t appear that the rumors will ever end. What do you make of the whole Shenseea sleeping her way to the top dilemma?