Spice surprised her kids with a new home in Atlanta, furthering solidifying her role as a super mom.

Love & Hip-Hop Atlanta star Spice is celebrating more than just her birthday today. The dancehall artist who has a YouTube channel with her two kids Nicholas and Nicholatoy, took fans inside the huge surprise in her latest upload. The hardworking mother, who says she had been house hunting with her kids for about two months, managed to close on one of the homes that they loved without them even knowing.

Spice took the kids on another day of ‘house hunting,’ but little did they know, their mom already purchased the home that they liked and had it renovated to their liking as well. As they obliviously walked through their new home for the first time since closing the deal, the kids noticed that the kitchen counter was likened to that of their home back in Jamaica. They also pointed out that the bedrooms were set up just the way they desired, which was, of course, their mom’s doing. 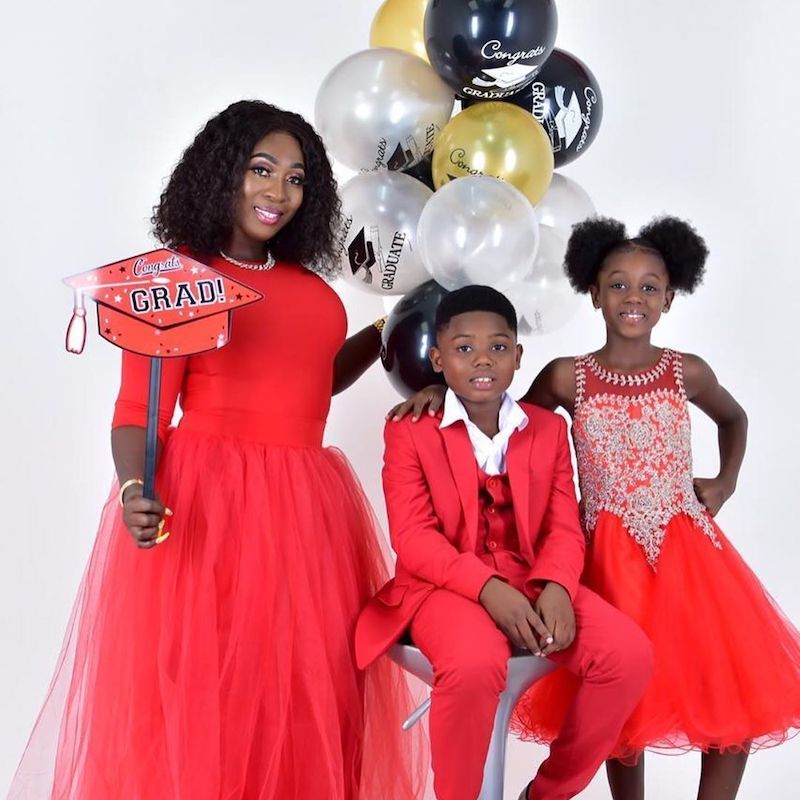 Between filming Love & Hip-Hop Atlanta, traveling for shows and various appearances, starting her businesses and everything else, Spice, who is a single mother, often left her kids back home while on the grind. The dancehall queen wrote heartfelt letters to the kids to announce that the home they stood in was theirs, but not before assuring them that everything she does is for them. “I know I’ve been away from you, but you are the reason for the things I do,” the letters to the kids read. “I hope you know that I love you, everything I do is for you…. This house belongs to you.”

The kids were overjoyed at the news and even got a little teary-eyed as they hugged their mom with their faces clung to her bosom. After ‘Toy Toy’ declared that she wanted to spend the night at the house and Spice assured her that it was hers, Nicho interrupted all the excitement to pose a very important question: “Wait wait wait! Wi-fi is here?” the young teenager asked. He had to make sure for gaming and online purposes, of course.

Spice revealed that she had everything already moved in and set up, so the kids were delighted to learn that the home was ready for them to stay in immediately. The dancehall star renovated everything from floors, counters, cupboards, rooms, staircase. It’s no wonder the kids didn’t even realize that they had been in the home before.

Bought another house, this time in Atlanta for my birthday ?? #Blessings ?? Did it on my own again ?? #SingleMom #blackexcellence?? @b_luxurious

ICYMI, Spice has been back in Jamaica since July, so the YouTube video was pre-recorded. She took to Instagram to announce the new home on her birthday with a picture of her closing the deal with her realtor. “Bought another house, this time in Atlanta for my birthday #Blessings,” she wrote. “Did it on my own again #SingleMom #blackexcellence.”

Spice is really grinding, and it’s great to see that her sacrifices are being rewarded. The dancehall veteran is gradually taking over Atlanta; first by becoming a part of the cast for the city’s MTV Movie Award-winning reality show, then by opening her own restaurant in the Georgia capital and now by securing her own residence in The Big Peach.