DaBaby spilled all the tea on his relationship with DaniLeigh on his single “Go” off the deluxe copy of his album.

DaBaby has officially released the Blame It On Baby album, deluxe edition. He also name-drops singer Danileigh seemingly confirming their rumored relationship, although they have reportedly parted ways as of late. The original version of Blame It On Baby received massive success as fans ate up the tracks dubbing DaBaby as one of the hottest rappers in the game. His devoted fan base pushed “ROCKSTAR” which features fellow rapper Roddy Ricch to the number one position on the Billboard Hot 100 charts. It remained there for a comfy seven-week run, further solidifying his GOAT status.

Last week, the “BOP On Broadway” rapper took to his Instagram account to give his fans a little preview of his upcoming new music. Thankfully they didn’t have to wait too long as he dropped the deluxe edition of his album today, August 4th. With ten new tracks, fans have a lot to take in. The album also features collaborations with Young Thug, Gunna, and Stunna 4 Vegas, just to name a few. 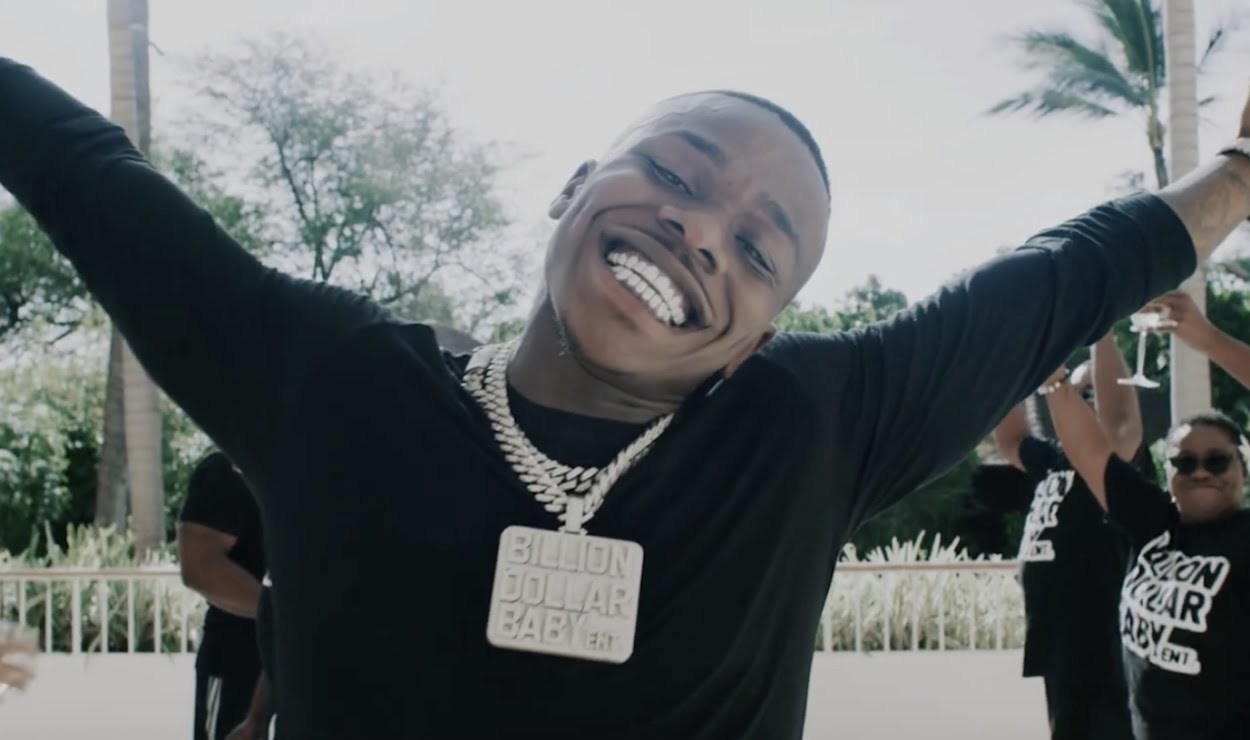 Since its release, fans have been picking apart each track with them being divided over the album’s quality. A large number of fans report that DaBaby does not have the style and flow to release such a lengthy compilation as many of the tracks bear similarities to each other, highlighting his lack of versatility. They have further advised DaBaby to attempt switching up his flow. While this is the reality for some, there are others who regard the deluxe album as a hit. They note “Blind,” which features Young Thug as one of the best tracks on the album. Tracks such as “Go First” and “Practice” are also widely loved.

It is also worth noting that DaBaby name-drops DaniLeigh on “Go,” which pretty much confirms their rumored relationship. Only a week ago, Dani declared that she was leaving certain baggage behind and starting a new chapter in her life, prompting fans to speculate that DaBaby had left her and gone back to his baby mama. The pair had reportedly been dating for some months now since working together on music.

On “Go” DaBaby raps, “R&B freak, I try to f**k her every day/Curly-haired jiggy b*tch, it might be DaniLeigh. Ooh, did he just say that? You probably need to playback.”

The line is a hilarious one, and it relates directly to her own proclamations of herself, which saw Bow Wow and Sammie lusting after the beauty. She recently tweeted, “I’m the best gf. I’m loyal, loving, motivating, a woman of God, a family girl, a freak, a woman of God, I’m funny, I’m jiggy, hardworking, I ain’t boring, b*tchhh I’m perfect.”

She has yet to address him referencing her on the track, but chances are she won’t be too keen with the name-drop.

Check out the tracklist for the “Blame It On Baby” deluxe edition below.