Eminem and Jay-Z did not make the list on Snoop Dogg’s top 10 rappers of all-time.

Hip-hop fans spent the week dragging Snoop Dogg off his soapbox after he declared Eminem wasn’t one of the greatest rappers of all time. The topic came up on a recent Breakfast Club interview, where Snoop and the talk show team Angela Yee, Charlamagne Tha God, and DJ Envy chatted about the 90’s rap scene, more specifically Dr. Dre’s rise to the top and his role in the industry. Although a highlight of Dr. Dre’s legacy is signing the “Stan” mastermind, Snoop, who was also mentored by the Beats mogul, isn’t that impressed by Eminem’s life changing cosign, and the “Venom” rapper didn’t quite make the ‘Tha Doggfather’s’ list of faves.

In fact, no rapper from beyond the 80’s era made the cut for the California veteran who clearly reveres the classic, lyrical spitfire that can’t compare to contemporary sounds. When quizzed on why Eminem didn’t qualify for his top 10, Snoop said, with his whole chest, “‘Cause there’s some n****s in the ’80s he can’t f*** with. Like Rakim, like Big Daddy Kane, like KRS-One, like LL Cool J, shall I go on? Like Ice Cube. You understand me? I ain’t got no time to play with it—it is what it is.” 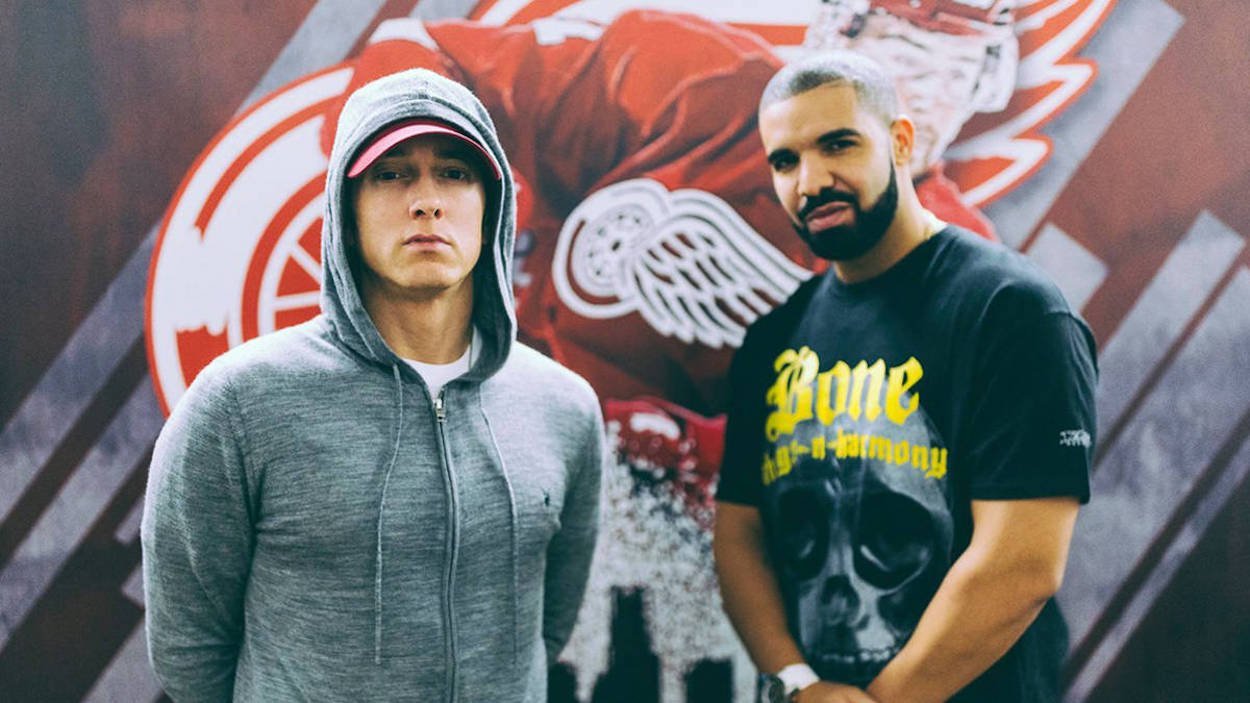 He took to Instagram later to share the actual Top 10 list following the frenzy and massive debate that his comments generated. His caption makes clear that it’s the seasoned emcee’s who schooled him, take precedent in his books. “A lot ni**az been cryin about me leaving people off my top 10 without. Even seeing my sh*t so here it is F. Y. I. Notice how none of my peers or Em. Cs after me are on the list respect ya. Gz is what I was taught if u offended you’ll get over it I get left off a lot of top10s I’m not even on this one.”

Some rap and hip-hop junkies felt Snoop was disparaging in his remarks, while others understood that his personal preferences don’t undo any of the praise he’s heaped on his labelmate in the past. In the interview, Snoop spoke highly of the Detroit native and his undeniable contribution to the genre—“Eminem? The Great White hope?” Snoop said. “White rappers had zero respect in rap, let’s keep that one thou. [Dre] has probably put Eminem in the position to where he could be labeled as one of the top 10 rappers ever.

Snoop Dogg says he don’t think Eminem is a top ten rapper but most of the game thinks that he is. He also noted that Dr. Dre put Eminem in a position where he can easily be seen as a top 10 rapper. Fans also took note that Jay-Z is not on Snoop Dogg’s top 10 list.

In response to the backlash, Snoop uploaded a picture of the pair at Coachella in 2012 on Instagram with the caption “Slim Shady wit silky slim. Gang gang,” putting down rumors that it was anything personal with one post. Aside from their Aftermath affiliation, the ‘slim’ heavyweights share political ideology and a staunch dislike for the sitting US president. After Eminem’s viral anti-Trump freestyle at 2017’s BET Hip Hop Awards, Snoop said he is a “real ni**a,” while also praising the Detroit legend for saying some of the things that black rappers have always wanted to say and have been saying for a long time. “It feels good to have a white man say what we’ve been wanting to say for a long time and make it stick,” Snoop said.

Snoop also revealed in the sit down that he’s featured on Kanye West’s upcoming “spiritual” album, adding that his decision to finally work with the pro-Trump billionaire was solely by Dr. Dre’s convincing. “It’s been times in the past where I’ve been asked to f**k with him and I was like, ‘I ain’t fu***n’ with him, this may have been the 13th or the 14th call [from Dre] and it was like, ‘You know what, I’ma go head and honor you cuz for you. When your mentor asks of you, you don’t question that. That’s my trust with Dre,” Snoop said.