Earlier this year in January, the Florida rapper was arrested for carrying a concealed firearm in Miami. Before that, in previous years, he was arrested several times for more than a dozen criminal charges ranging from marijuana possession to grand theft in the third degree.

Now that 9lokkNine faces second degree attempted murder charges, he could be looking at up to 15 years in prison or a mandatory sentence of 25 years if the firearm was discharged. The rapper who seems to constantly have run-ins with the law is only 20 years old and cannot legally obtain a firearm at that age, which adds several counts to his charges. Not to mention that he has been charged with possession of a firearm by a convicted felon in a previous arrest. 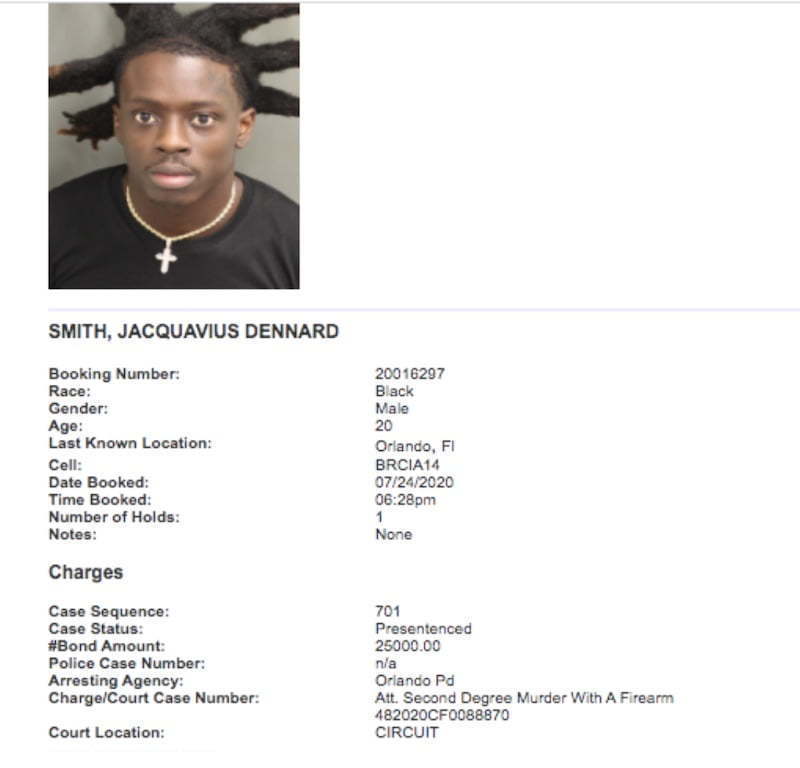 9lokkNine is most popularly known for his song “Az-Za” which was released in April 2019. The music video has amassed over 4 million views on YouTube. 9lokkNine is currently signed to Cash Money Records, a top hip-hop record label that is also home to the Young Money trio Lil Wayne, Drake, and Nicki Minaj, as well as Blueface, Young Thug and more.

In December 2019, 9lokkNine released a single called “Bakkwoods,” which has already garnered over 3 million views on YouTube. He made his first Billboard chart appearance last year when he teamed up with incarcerated rapper YNW Melly for their song “223’s” from the latter’s debut album.

9lokkNine is currently being held at the Orange County Corrections Department. We will keep you updated as the story develops.