Kylie Jenner might now be the owner of the most tricked out Rolls-Royce in the game.

Kylie Jenner’s car collection has officially been updated with a brand new family vehicle, her 2020 Rolls-Royce Cullinan Black Badge. To say that the young Jenner is a car fanatic may be an understatement, since when her fleet is said to be worth well over $14 million. Her garage and courtyard are already occupied by a Bugatti Chiron, a LaFerrari Aperta, a Lamborghini Aventador, a Mercedes AMG G63, a couple of Mercedes G-Wagons, a Mercedes-Maybach, a LaFerrari, an undisclosed number of Range Rovers, a Ferrari 458 Italia Spider, and a 488 Silver Ferrari. Wow, that’s a lot.

However, the cosmetology mogul’s favorite car manufacturer definitely seems to be Roll Royce. She already has upwards of 4 other vehicles from the UK car manufacturers, which include a beautiful collector’s item, a classic white 1950’s Rolls Royce. The lavish ride was gifted to her by Travis Scott for her 21st birthday. Another special car in her life is definitely the light blue RR that she unveiled some time last year. 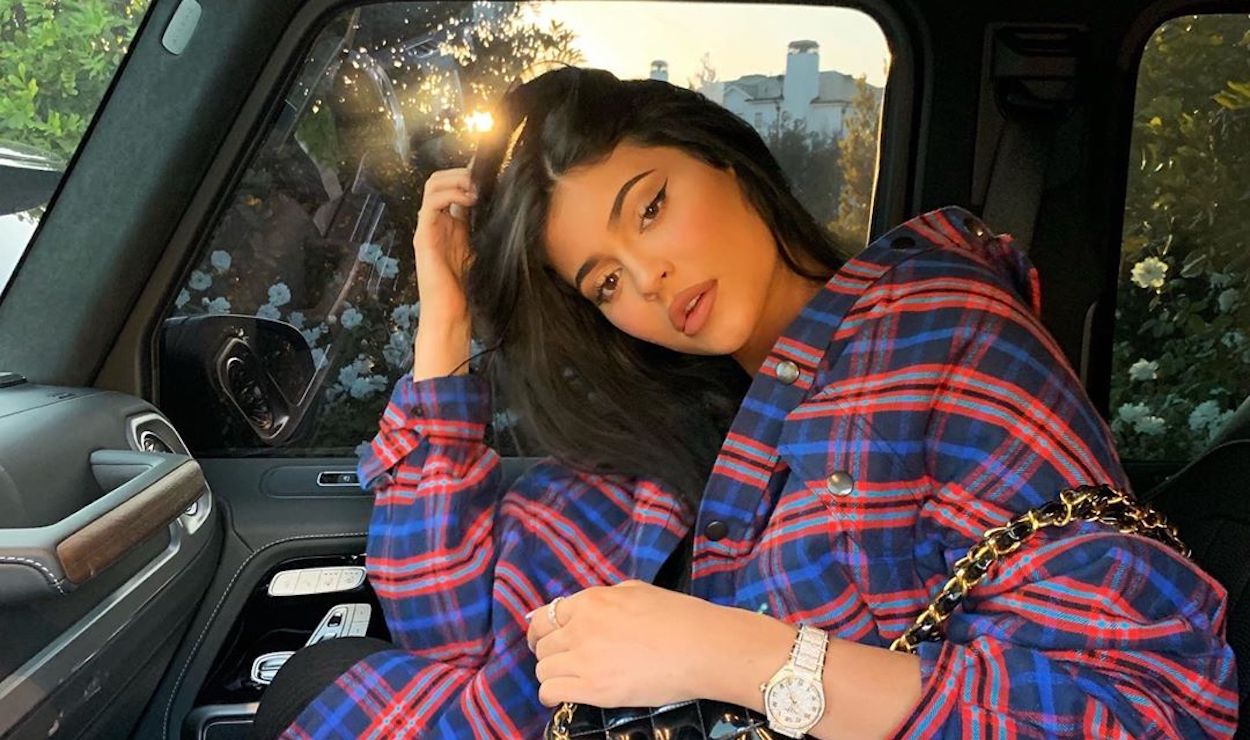 With so many RRs to her name, it only made sense for her to add another customized UK beauty to her collection when she decided to make something her mommy van.

The Kylie Cosmetics founder used her Instagram Story to show off her new ride, which boasts a completely pink interior. As an added touch from the manufacturers, the roof of the car was laced with glitter, which creates a beautiful shimmering effect even in the daytime. Speaking about adding a special touch, Kylie ensured that her number 1 girl’s name, Stormi Webster, is engraved somewhere in the interior of the car. An excited Kylie revealed that she ordered the new ride from Rolls Royce almost a year ago. “Ordered her almost a year she finally made it,” she tagged with a couple of black and pink heart emojis.

It’s safe to say that Kylie Jenner god the ‘dopest’ RR truck in the game.

Kylie in her new car that took a year to arrive?