Quavo says he got the baddest chick in the game and two new Migos albums coming in 2020 and 2021.

Female rapper Saweetie must feel like the luckiest girl alive for being the prized possession of her partner in everything Quavo. It is worth mentioning that the Migos rapper is not too shy, nor is he too proud to sing praises to the queen in his life. In a couple of his most recent posts to Twitter, the “Workin Me” spitter took some time to challenge the world about the repertoire of Saweetie meanwhile teasing their upcoming joint project.

“I got the baddest b*@t$h EVER!!!,” he boasted before putting his money where is mouth/finger is. “I bet a MILLION DOLLARS,” he added. 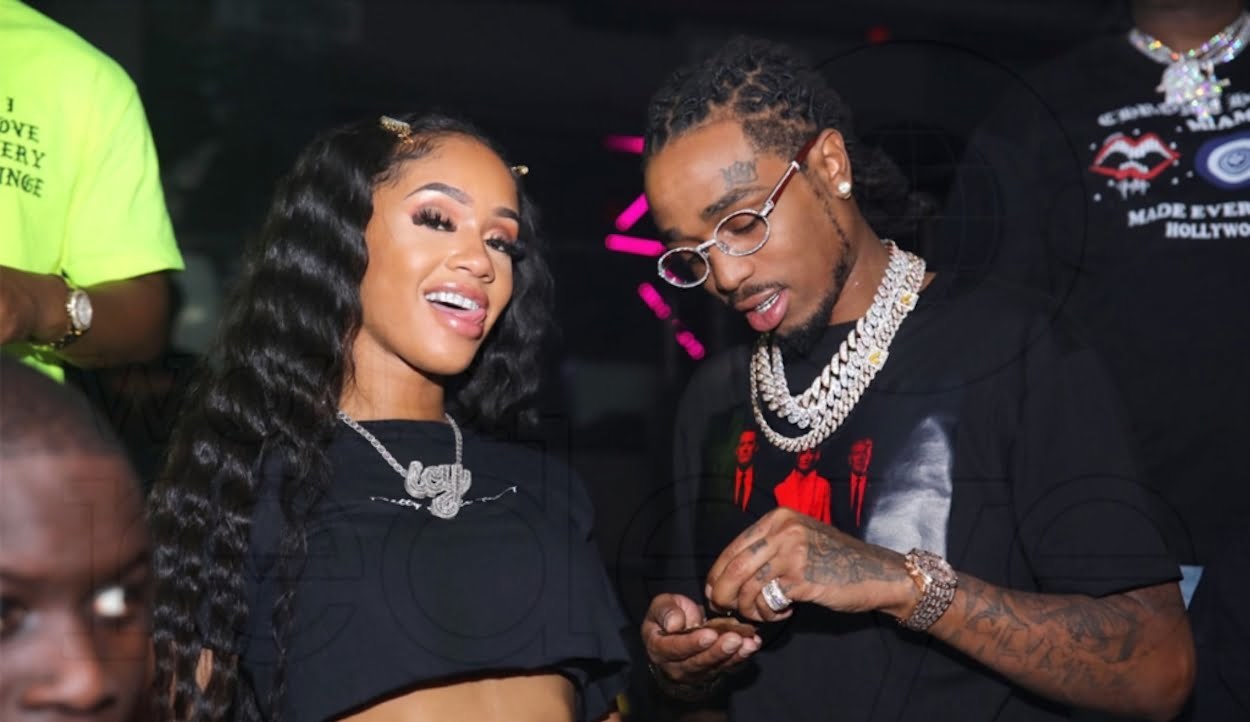 Migos’ second installment of their Culture project raked in a hefty figure, earning the group a shiny double platinum plaque as a result. Therefore, his Twitter followers were not surprised to see him offering even more cash if the upcoming project does not acquire the tag of the best album for this year and the upcoming year.

He tweeted, “And We Gon drop Best album of 2020 and 2021 I BET another MILLION dollars!” Sadly, the general sentiment of the replies did not reflect the projection of a showstopper from the hip hop couple. One person fan tweeted, “I mean you might have the baddest b__ch but I’ll take you up for that million for the hottest album of the year. I need to pay my school that would be helpful. We have a deal sir!”

I got the baddest b*@t$h EVER!!!
I bet a MILLION DOLLARS

Saweetie dropped her breakout single in 2017 titled “Icy Grl,” which has since gone on to secure over 101 Million Youtube views. “My Type,” which was released roughly a year ago, comes in as a close runner up with approximately 91 million views. She has been laying low on releases as of late, which is possibly due to a combination of things such as, the deadly virus on the loose, her ‘Icy Hotline and The Icy Life video series, or her album.

From the bits of new music provided, fans were able to decipher that they are not in love with the new heat she was bringing. They have since asked her to return to the flow she popped on 2017’s “Icy Grl.”

A quick review of a snippet uploaded to her Instagram Story has seemingly revealed that’s where she is heading. There is still little to no details about the album except that it is on the way. It sounds pretty familiar to Migos’ Culture III album, which, according to fans, is now long overdue.