Reggae singer Jah Cure has found himself in yet another sticky situation that should see him forking out huge bucks for vehicular repairs. Yes! The Cure has battered yet another high-end supercar. It’s hard to miss the “Longing For” singer’s Fr3sh Panda wrapped, bright yellow Bi-Turbo 2018 Mercedes-Benz C63 S whenever it is being pushed through the streets of Jamaica. However, with a value ringing close to the tune of JM$30 Million, it should make car lovers cringe to see it atop a wrecker. While details surrounding the crash are pretty limited, it is believed that the accident took place on Monday night, July 13.

As news of Jah Cure’s crash spread, social media has been bombarded with videos of the car being transported. Aboard the wrecker is also a motorcycle, which is believed to have also been involved in the accident. There is still no word on the motorcyclist’s condition, but social media has been sending prayers for a speedy recovery if he is indeed hurt. As to Cure’s ride, the damage seems to be predominantly done to the front bumper and grill and much less than what he has had to endure in his previous crash. 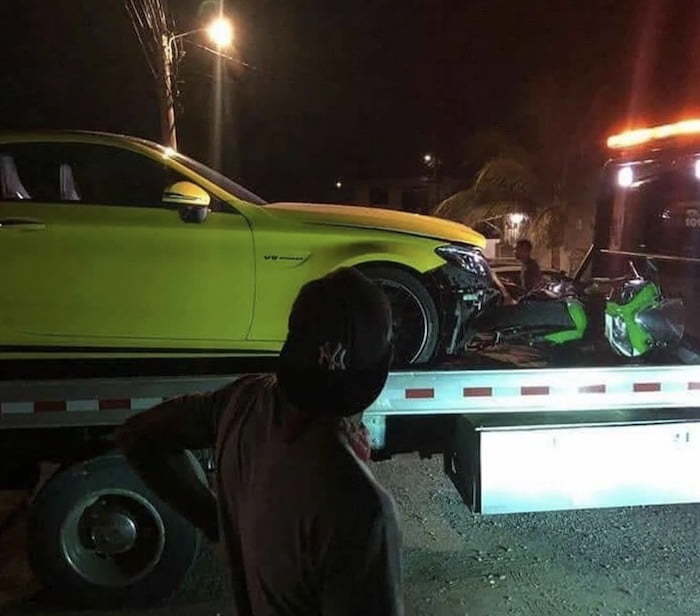 In 2017 the Grammy-nominated artiste totaled his white Mercedes-Benz AMG C63 which was apparently valued at around 30 Million JMD. With two crashes under his belt, fans were forced to rhetorically ask, “Cureeeeeee …….AGAIN”, meanwhile, suggesting that the singer is not allowed to operate another motor vehicle.

“Seriously! Need to take his license and him sit out driving for a bit,” penned one concerned fan. With his driving reputation under the microscope, one person assumed that he did not go through the grueling tests to rightfully obtain his driver’s license. “Another buy license situation,” he said. That comment was met with swift clapback from persons who mentioned that the real cause of the accident has not yet been shared. 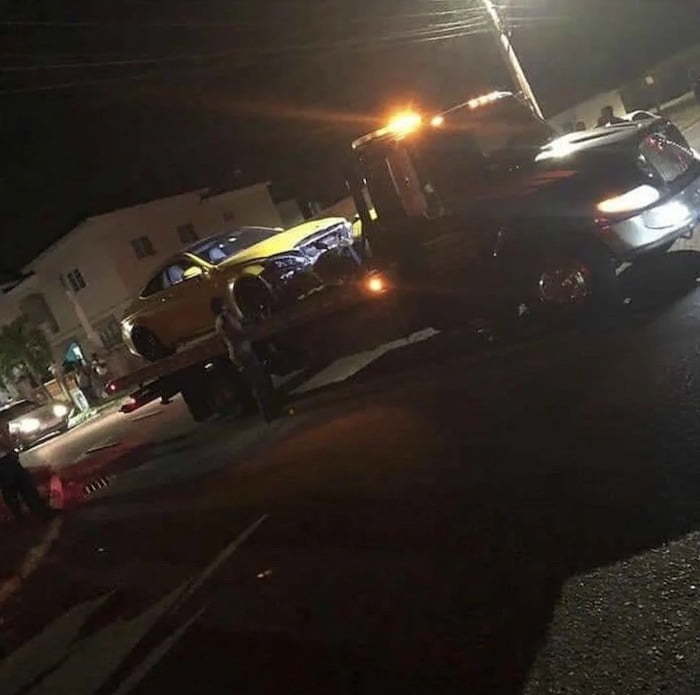 At least one person thought that it was time for the entertainer to take a break for sportscars. “Gi him a Corolla yah man cause this is ridiculous,” came the comment.

The Billboard-topping artiste has not provided any in-depth information on his condition. However, he is still providing fans with new music, which is definitely a good sign. He recently alerted his followers to “Rock The Boat,” which is now available on most major streaming platforms.