Naya Rivera is still classified as “missing” while search and rescue teams attempt to discern what happened to the Glee actress. Rivera and her 4-year-old son had ventured out on a boat on Lake Piru in California yesterday afternoon. Hours later, another boater found the vessel drifting and discovered the toddler asleep on his own. Josey, who was wearing a life vest, said that his mother had gone swimming but had not returned.

An adult life vest was still on the boat, with officials conducting an air and water search. Operations halted overnight but continued at first light this morning. Officials are investigating Rivera’s disappearance as a “tragic accident,” but have assumed that the 33-year-old drowned. 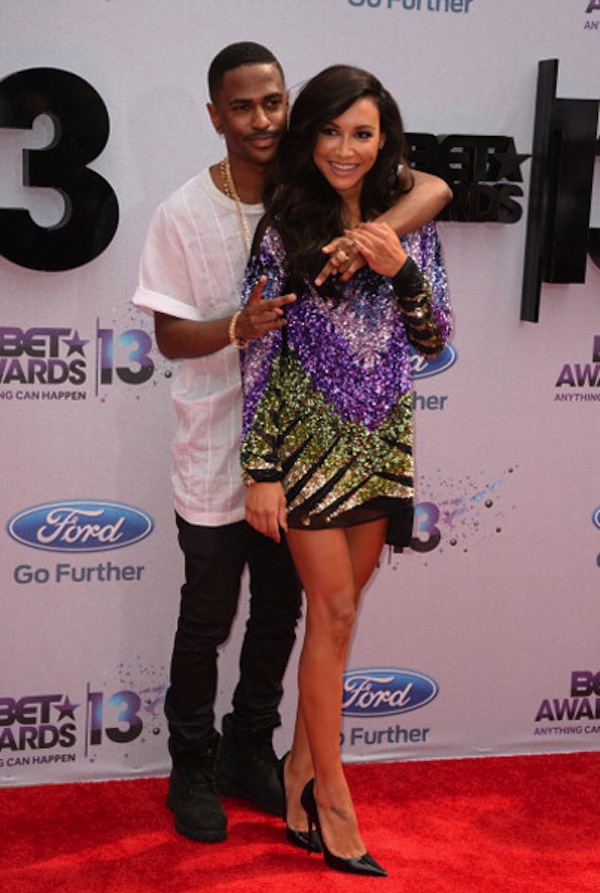 Social media has been flooded with well-wishes and concerns for Naya Rivera’s safety. One of those who has been fairly silent, but still supportive is the actress’s ex, Big Sean. The pair began their relationship in April 2013 while she was still playing Santana on the hit musical series. They had apparently begun following each other on Twitter, and after Sean confessed to being a fan, they had dinner.

In October of that year, they got engaged, but their romance only lasted another 6 months following reports of the “Single Again” rapper cheating on Rivera. In light of her disappearance, Big Sean has been liking tweets that pray for Rivera’s safe return. He has so far refrained from posting any tweets of his own about the situation.

Just two days ago, Naya Rivera posted a loving picture with her son on her own Twitter account. Let’s hope that they are reunited soon.

just the two of us pic.twitter.com/wCunAlGJ1B

Praying they find Naya Rivera. She wrote this 6 days ago pic.twitter.com/q0wVMofKs5