While there’s still no word on new music from Bajan hitmaker Rihanna, the Navy has helped her make history by keeping 2016’s ANTI ‘pon de replay.’ The album has since gone 3x Platinum in America and the breakout lead single “Work” featuring Drake helped RiRi smash The Beatles’ record for the total number of weeks spent at number one in the US. Continuing on that epic streak, ANTI is now the longest-charting album by a Black female artist in the history of the Billboard 200 chart.

Featuring hits like “Love on The Brain” and “Needed Me,” plus collaborations with Sza and Travis Scott, the album is a moody, unorthodox sprawl that conquered creative boundaries, earning Rih some coveted milestones. After slipping to No. 162 last week, the singer’s eighth studio effort has been sitting comfortably on the charts for a whopping total of 224 consecutive weeks. Certainly not a bad pre-summer present for the unshakable, business-savvy, and super-rich female musician from Barbados. 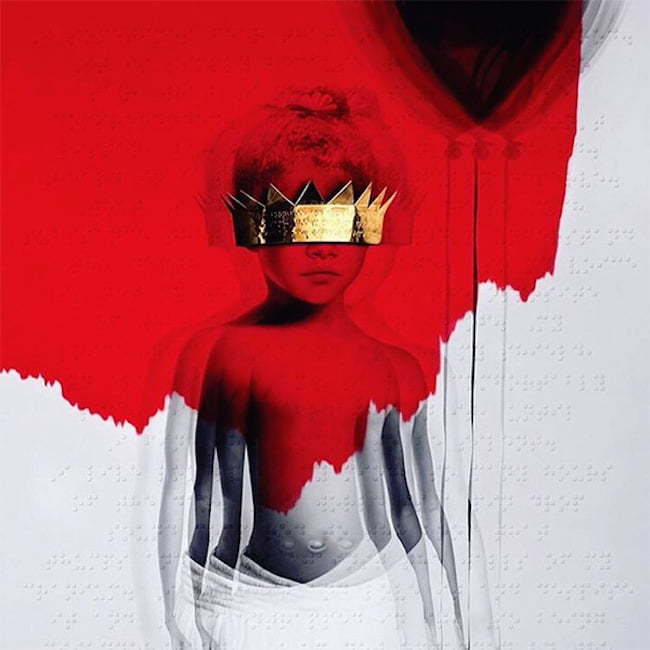 Even though ANTI has clearly been in heavy rotation, fans have been begging for ‘R9’ for years, anxious for the reggae-infused, island-tinged vibe that she’s hinted as the upcoming projects’ flavor. It’s unknown whether the album title will change, and details on a release date are just as elusive. Fans remain hopeful, however, especially with the occasional updates the busy mogul managed to share up to February of this year.

In her Instagram Stories on February 13, the “What’s My Name” hitmaker revealed she’d be working with The Neptunes on her next album, reprising their collaborative flow on 2017’s “Lemon.” She’s also told us that Reggae Grammy Kid Koffee is penning material for the collection plus she’s pulled together beats and sounds from high-profile dancehall producers Stephen “Di Genius” McGregor, Linton “TJ Records” White and Ricky Blaze, among others.

Congratulations to the Bajan queen on another amazing achievement! While fans will no doubt continue their taunting for some new tunes, they can at least accessorize from her many product lines as they celebrate with her.

Rihanna's 'ANTI' is the longest charting album by a black female artist in Billboard 200 history (224 weeks).