While incarcerated deejay Vybz Kartel was forced to spend yet another father’s day in a general penitentiary, it didn’t seem to dim his light on the day meant to celebrate great dads like himself. Similarly to his post spree on Mother’s Day where he honored his children’s mothers, his own mother, and his longtime partner, Shorty’s deceased mother (R.I.P), Vybz Kartel showed love for more than just his own dad this Sunday.

Taking to Instagram to share a tribute to Grunggadzilla, who also goes by the Dancehall Godfather, and is more commonly known as the legendary Bounty Killer, Kartel wrote, “HAPPY FATHERS DAY ME DON,” with a heart emoji. Bounty Killa reciprocated that same public respect in the comments when he wrote, “Blessed love mi King Son from Portmore not Kingston give thanks and same to you salute we yutes is we troops.” He wouldn’t be Killa if his response did not rhyme. 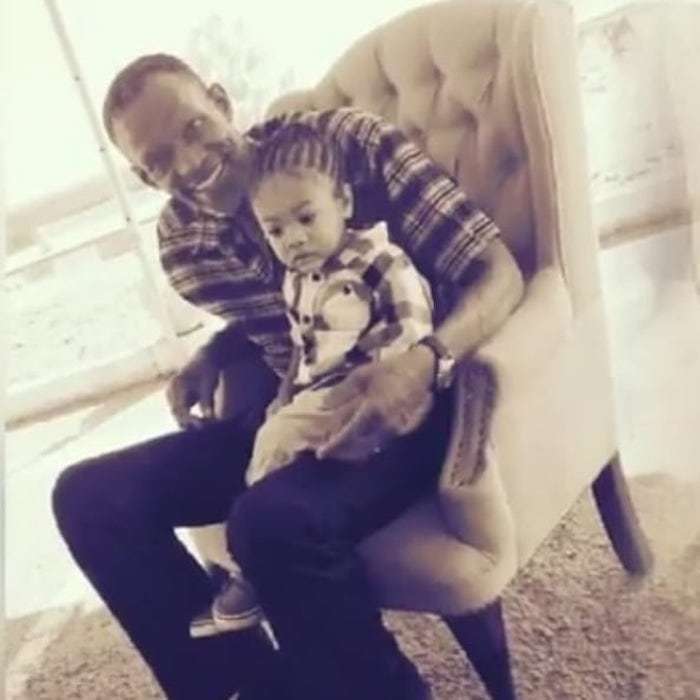 The Teacha wrote back, “UP ME DON!!! YOU MAKE ME SUNDAY, RIGHT NOW ME HYPE!!!!!” How touching it is to see these two on such good terms showing mutual respect. They continued to the thread with Bounty Killa writing, “Such is right the yutes are all of us future hail up di world boss and di world dad.” Vybz Kartel acknowledged Killa’s response with a series of loud speaker emojis.

While he celebrated Bounty Killa on Father’s Day, Vybz Kartel did not forget his own dad Mr. Norris Palmer. He shared two photos of his dad in separate posts honoring him on the special day. “Happy Father’s Day my G,” the deejay wrote in the caption with a heart emoji. His close friend and fellow dancehall artiste Shawn Storm who is currently incarcerated as well took to the comments to say, “#HFD mi g n to Mr P,” he wrote, “real Father’s hard to find suh we afi cherish Dem wen we have dem in our lives.”

Vybz Kartel also shared an additional post writing, “HAPPY FATHER’S DAY TO THE REAL ONES.” As usual, the deejay leaves no one out and extends his message to all the fathers out there doing their job as a parent. It’s unfortunate that he did not get to spend this Father’s Day with his own kids, but we’re sure they celebrated his the same.