NBA YoungBoy is barking at J Prince after the Houston rap mogul managed to get back his stolen Rolls-Royce keys.

Nearly a week ago, one of hip hop’s hottest rappers, Youngboy Never Broke Again, was on the receiving end of a break-in. Unlike most robberies, there are already plans being put in place for the items to be returned. While many would have thought that this would have been a celebratory moment for the rapper, NBA Youngboy was clearly not happy with the way J Prince, the man orchestrating the return, decided to put him onto the good news.

The truth is that the ruffians made this an easy catch for law enforcement and anyone who was looking to get at them for their actions. How so? Well, they decided to capture visuals of themselves committing the crime. One of the assailant’s faces was clearly seen in one of the videos which were published. The videos also asked for 30 big ones for the return of the items taken from the garage of the rapper’s Houston, Texas residence. A day after the incident, the Baton Rouge native blasted the hoodlums for a poor attempt at a robbery since they only made away with his cameraman’s slippers, some petty cash usually stored in his cars and the keys to his white Rolls-Royce and McLaren supercar. 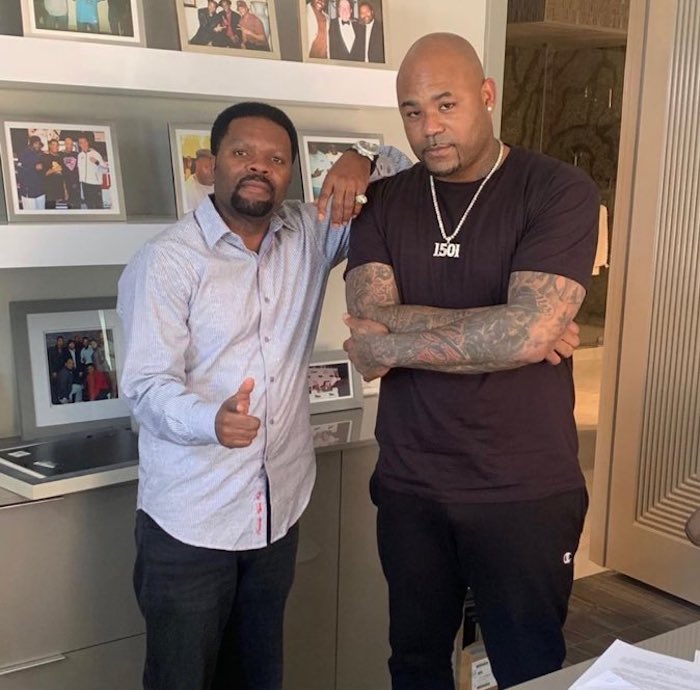 NBA Youngboy has a lot on his plate right now. After all, he is now the father of 7 kids, following the birth of 2 bouncy little babies last week. Therefore, the last thing that he needed was further publicity, yet it seems that is exactly what the CEO of Houston-based Rap-A-Lot Records provided. The music executive and promoter decided to use social media to inform the rapper that he was in possession of the stolen items, which apparently also included the two custom umbrellas that come with every Rolls Royce. Each umbrella can run between $500 to US$1,500.00, depending on the car it comes with. Therefore it was not surprising that they made off with them.

According to J. Prince, while speaking about the incident, with one of the goons by his side, “I got a call about it and the lil homies who went into his place want to make that right because they understand that Youngboy family is okay with me.” Both men ended the video by asking Youngboy to get in touch in order to get his stuff.

However, Youngboy felt that a quick phone call, especially from someone as connected as J Prince, would have been more effective instead of a social media blast.

“I ain’t on no new friends, I ain’t on no new relationships,” he said as he addressed Prince’s approach. “If you got supm for me, there are plenty n**gas around me who you could call. It’s plenty ways you could get in touch with me. Don’t get on no internet and do nothin publicly” instructed a very annoyed and upset Youngboy.

“I’m good on them keys homie, when you buy sh*t cash you get two keys anyway,” added. The vocal lashing dished out to Prince stopped after the 20-year-old rapper told him to mind his own business.

We are still unsure if YB has actually made contact with Prince. However, do you think he was out of line for the way he handled the situation or was it just right based on the route Prince took?