NBA YoungBoy’s home in Houston was burglarized by goons who took videos of the incident.

In 2017 Southern rap legend Boosie Badazz told the then-upcoming talent NBA Youngboy to pack up and leave the grimy city of Baton Rouge as soon as possible. He gave the advice to Youngboy as a measure to avoid haters who may be looking to take what is not theirs after witnessing his meteoric rise to fame. The 20-year-old rapper was forced to stay put in Louisiana due to legal issues but was officially allowed to travel the streets again after his house arrest and probation were lifted to the end of last year.

The young rapper had plans to head to Los Angeles after his freedom was reinstated, but it seems that it did not materialize. Nonetheless, trouble still followed in his footsteps as it is now being reported that goons broke into his Houston, Texas home in an attempt to steal his cars. Unofficial reports claim that the rapper was not staying at the Houston crib at the time and was instead in Baton Rouge.

Apparently, the attackers captured video footage of themselves using the keys to gain access to the luxury rides, including at least one white Bentley, a white Rolls-Royce, and a white 2020 Mclaren GT. However, it seems the robbers became star-struck when they discovered whose merchandise they were moving in on. 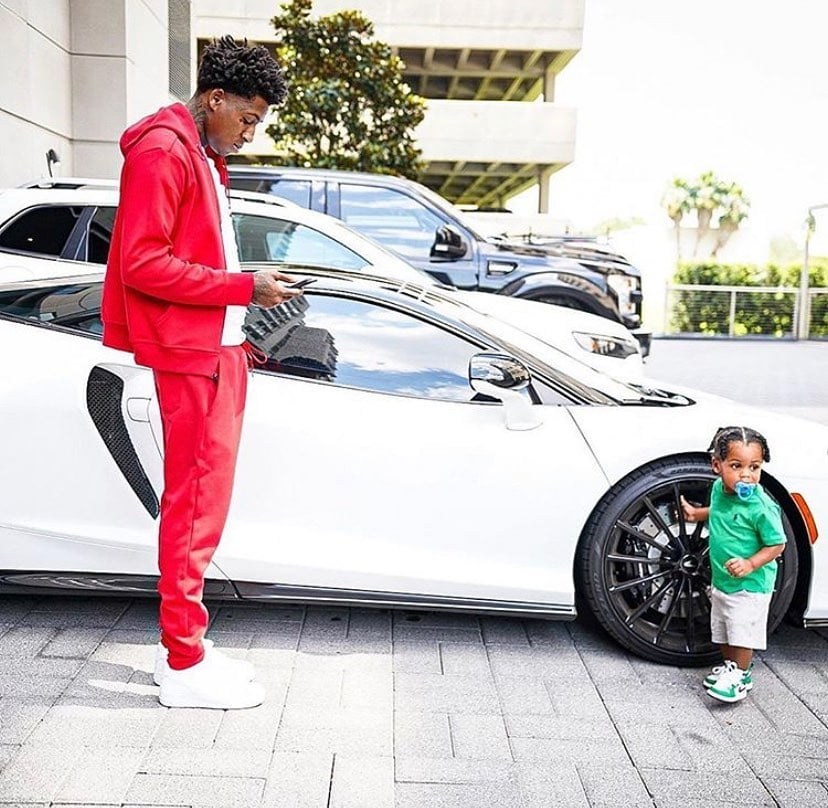 In what seems to be a change of plans, the goons have now issued a ransom of 30k for the items they have taken. According to the rapper in his address of the issues, it seems the thieves only got away with a pair of his cameraman’s Gucci flip flops and a few loose 20s, 5s and 1s that were left in the cars. The “Slime Mentality” rapper even bashed the thieves for the execution of their plan. “Threw a brick, threw a brick and didn’t even hit the car?” he asked with the most disappointed look on his face.

In April, the rapper announced plans that he would be taking a break from music. While commenting on the recent incident, he disclosed the reason he may want to hop out of the spotlight for a while. “I can’t have peace nowhere cause b*tch a*s n**gas be hating,” he uttered before mentioning that they did not have to resort to robbery since he probably would have gladly spared some cash if he was asked – he even suggested the perfect location; the store.

However, not everyone is buying that it was a legit home invasion, and some fans are tagging it as a marketing ploy. While finessing of one’s fans seems to be the marketing route taken by many young entertainers, Youngboy doesn’t quite fit the criteria for such as stunt. After all, YB is at the top of hip hop’s food chain with some pretty staggering streaming numbers.

Furthermore, one of the goons was captured in the released footage. This amateur move should make him quite an easy target for law enforcement and anybody else looking to press him for the robbery.