Good news could be on the horizon for Jamaica’s entertainment industry as major players hold talks on how to get the party started.

The entertainment sector of the island offers a complete compliment to one of Jamaica’s other major industries, tourism. With the tourism muscle of the country gearing up to flex to its full capacity, it only made sense for the entertainment to follow in short order. However, the government is still hesitant to release the flood gates on large gatherings.

While the powers that be are being cautious about the gatherings, they are more also than aware of the economic and cultural value of the entertainment industry. According to the Jamaican Gleaner, approximately 40,000 employees and business owners have remained stagnant at home as a result of the steps implemented to flatten the COVID-19 curve. Act of issuing permits for events was halted on March 11, and all permits issued before that date were put on hold. Nightclubs, places of amusement, and sporting venues were also barred from operating as the country implemented island-wide curfews. 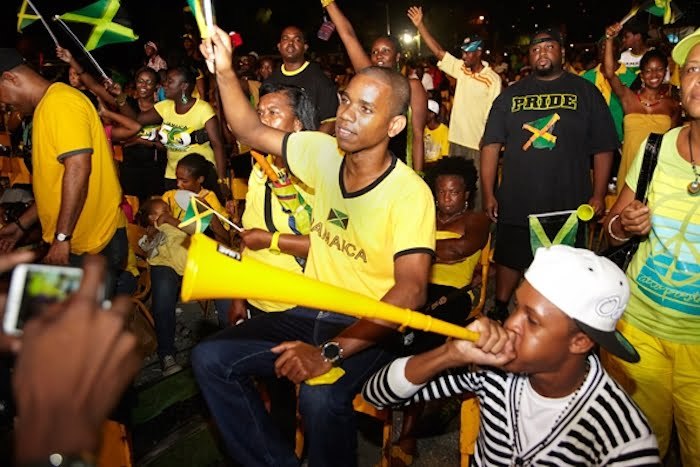 However, brighter days could be ahead if a June 5 meeting with the COVID-19 Economic Recovery Task Force that was formed by Prime Minister Hon. Andrew Holness to smoothly reopen the economy bears fruit. The discussions had input from major players Howard McIntosh, chairman of the Entertainment Advisory Board (EAB); Kamal Bankay, chairman of the Sports and Entertainment Network in the Ministry of Tourism and curator of Dream Weekend; and Joe Bogdanovich, CEO of Downsound Entertainment, producers of Reggae Sumfest. Minister of Culture, Gender, Entertainment, and Sports Olivia’ Babsy’ Grange was at the helm of the delegation.

While speaking to the Jamaican Gleaner, Howard McIntosh mentioned, “As the world acts towards the slow reopening of economies after the COVID-19 pandemic, plans for the reopening of Jamaica’s entertainment industry are also being made.”

However, he was not quick to drop off any information about what was actually discussed during the meeting. “What I can say is, from what transpired, fulsome discussions were had, and the proposals put on the table were all well received. The task force’s response regarding the reopening of the industry is expected within a week or two,” he mentioned.

Kamal Bankay was also not specific about the particular outcome. However, he did relay the importance of the meeting.

In the interim, some Jamaican businesses that have their roots firmly planted in the entertainment sector have been trying creative ways to keep afloat, mostly with the use of social media and other online tools.